The action kicks into high gear in this second chapter of Throne of Atlantis. Naturally, as this is Aquaman's book, the focus is upon Aquaman as he, Mera and Batman work to save people in Gotham City in the wake of a record-breaking tidal wave.  At the same time, Wonder Woman and Superman happen across Vulko - an exile from Atlantis, who is desperately seeking a man he calls King Arthur...

As is the case with most Geoff Johns stories, the plot is secondary to the characterization.  It's been a running plot point for the last few issues of Justice League that Batman and Aquaman have been butting heads over the team's leadership.  This issue shows that despite their differing styles of leadership and tactics, both heroes respect one another as equals.  It also shines a spotlight on Aquaman's central conflict - namely, that he is an outsider of two worlds.  He is capable of understanding both the surface world and Atlantean natures but is helpless to feel totally comfortable with either of them. 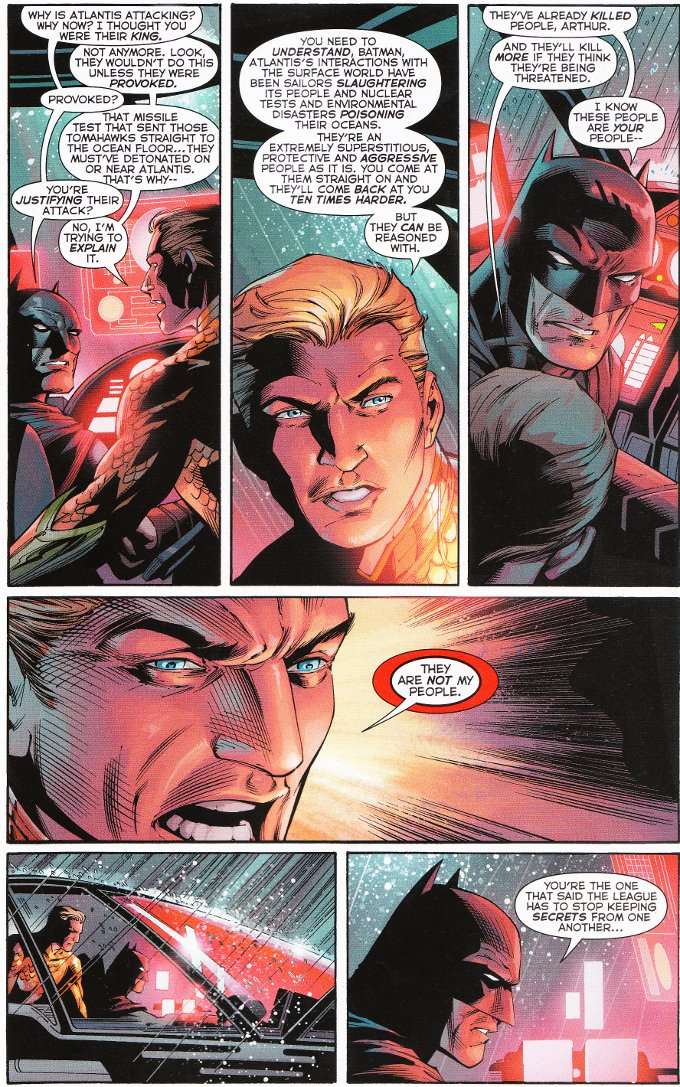 The artwork by veteran artist Paul Pelletier differs greatly from that of Ivan Reis, yet is no less enjoyable.  Pelletier's figures seem cleaner than Reis' though that may be due to the inks by Art Thirbert.  Thirbert's work is somewhat inconsistent, with stray panels seeming to barely have any inking at all while others are saturated in darkness.  Despite this apparent unevenness, the artwork still looks good. 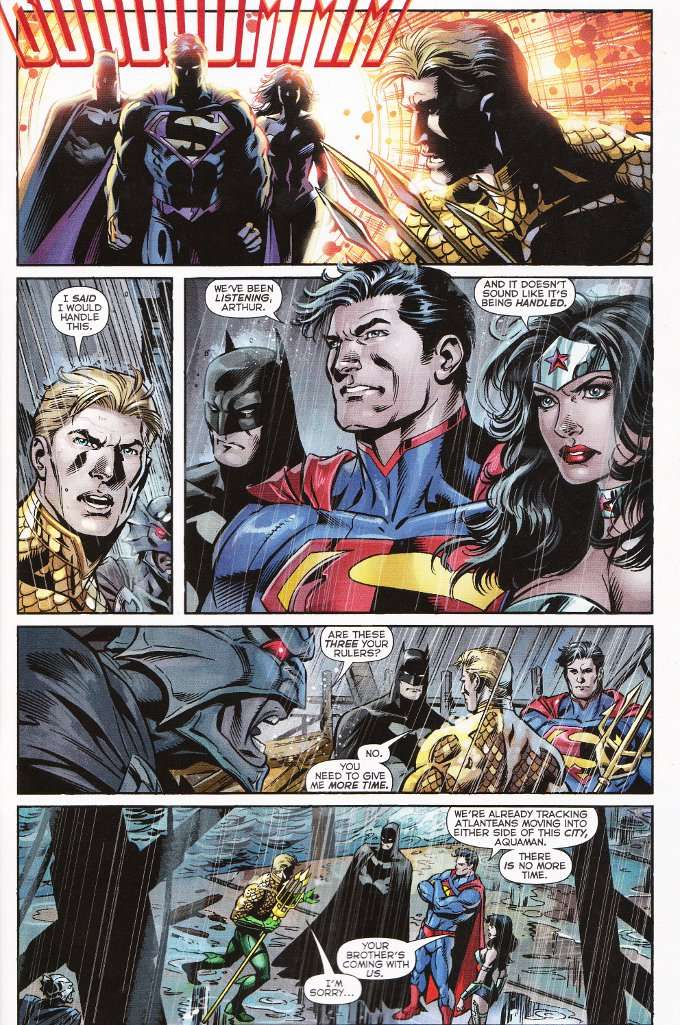 If you haven't been reading Aquaman or Justice League - or gave it up for a time - you owe it to yourself to give it a chance now.  Both books feature exciting scripts with some great character development and amazing artwork.  Highly recommended.
Posted by Starman at 4:26 PM