I almost skipped this month's issue of Supergirl.  Why?  Because for the next few months, all of the Superman Family tiles are engaging in a crossover called H'El On Earth and historically speaking, most Superman titles don't fare well whenever there is a crossover.  There's also the fact that collecting the entire storyline would require me spending money on Superboy (a book starring a character I loathe) and Superman (a book whose writer, Scott Lobdell, I loathe even more) and I hate to feel like I'm only getting part of a story.  Ultimately, I decided I could at least give the book a shot without presuming it would be nigh-unreadable.

I'm glad I did.  Mike Johnson does move the series' multiple sub-plots on a bit and introduces the book's supporting cast and basic concepts for those readers picking up Supergirl for the first time because of the crossover.  We quickly establish that while Kara has accepted that Superman is her baby cousin Kal, she is nowhere near as trusting of the basic goodness of Earth people as he is and she has only one real friend - aspiring singer Siobhan, whose unique sonic powers allow her to understand and speak any language - even Kryptonian!  We also get a refresher on Kara's "Sanctuary" - a Kryptonian base of operations created from a piece of her ship, resting on the ocean floor. 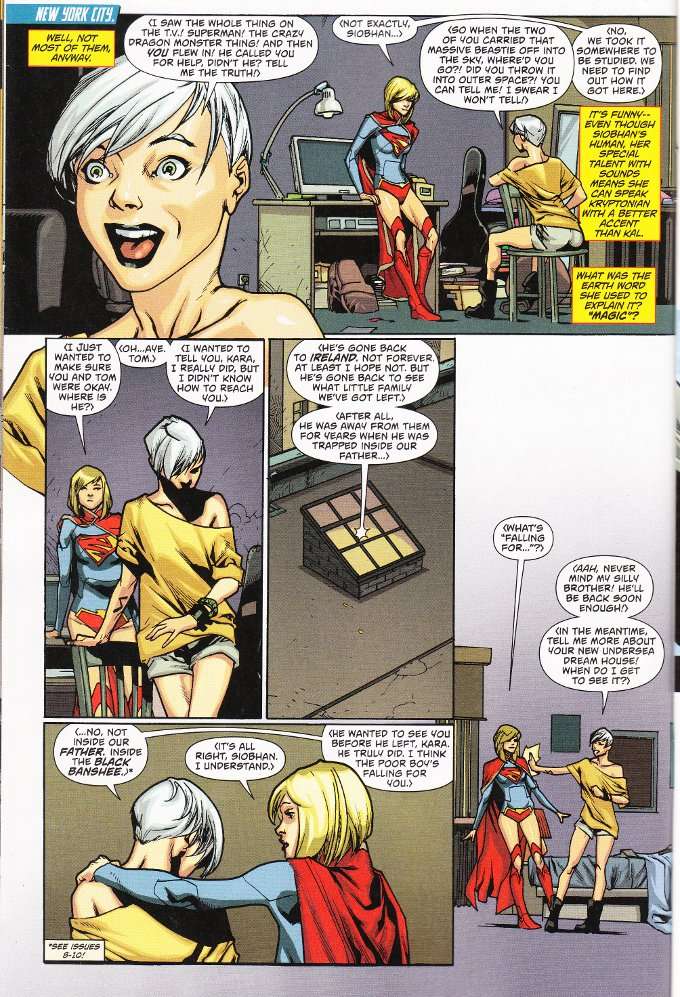 Amazingly, things don't go south once we head out of familiar territory and into the crossover proper.  After settling down to sleep for the first time since coming to Earth, Kara is pulled out of Sanctuary and around the globe by H'El - a being who claims to have empowered by her uncle to explore the universe, gain knowledge and safe guard the accumulated knowledge of Krypton in the wake of the planet's destruction.  H'El claims his ultimate goal is to unite all of Krypton's survivors and use their accumulated power and knowledge to manipulate the time-stream so that Krypton might be saved.  Naturally, the homesick Kara finds this plan far more agreeable than her cousin's desire for her to stay on Earth, safeguarding the same backward people who keep trying to kill her or use her for medical experiments. 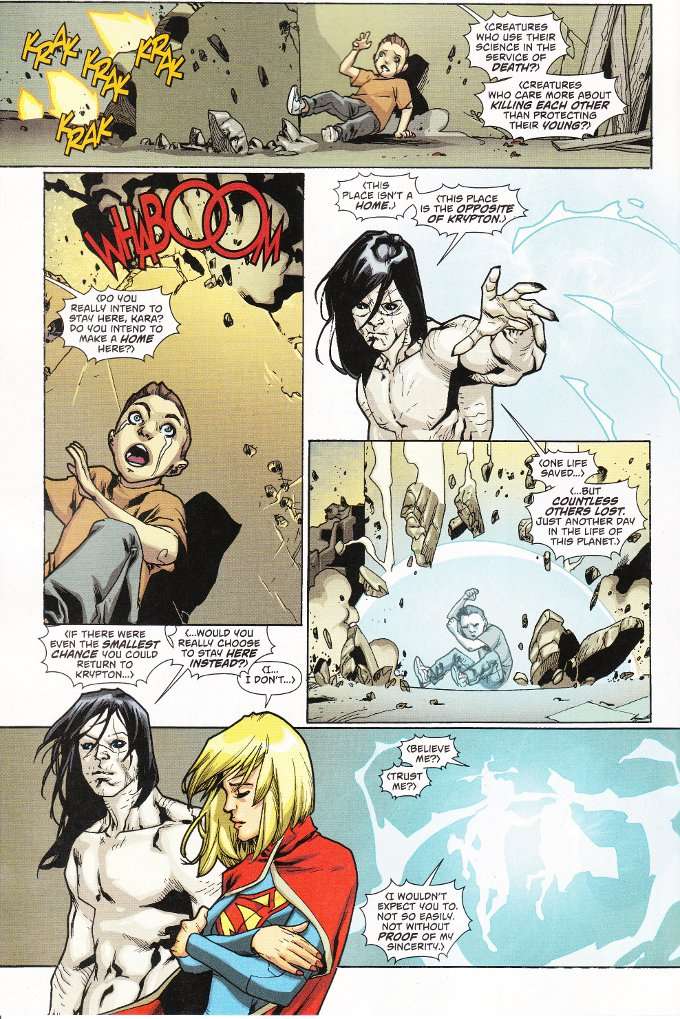 Mahmud Asrar's artwork continues to impress, though I still find the design for H'El to be ridiculous beyond words.  I don't know if this will wind up being a roundabout way to reintroduce Bizzaro Superman as a more serious threat or if someone said "Yes!  Clearly we want our new Superman villain to resemble a goth metal singer!"  All I know is that I can't really take H'El seriously as a threat.   Ignoring that, this is a fine issue and not at all the nightmare I anticipated.  I still won't be picking up the rest of H'El on Earth but neither will I be dropping Supergirl for a few months.
Posted by Starman at 12:01 AM