Hawkeye #4 switches out artist David Aja for Javier Pulido to no ill-effect.  Pulido's style can only be described as Kirbyesque but not in the usual way that word is used.  Pulido's layouts are effective in their simplicity, with lots of close-ups on the characters who are speaking, as they look out directly toward the reader.  I'm not familiar with Pulido's previous work, so I don't know if the style is an artistic affectation for this story in particular or if he was chosen to draw it because of his regular style.  Regardless, it's an effective choice given that the basic story concept would not be out of place in a 1960's Nick Fury comic. 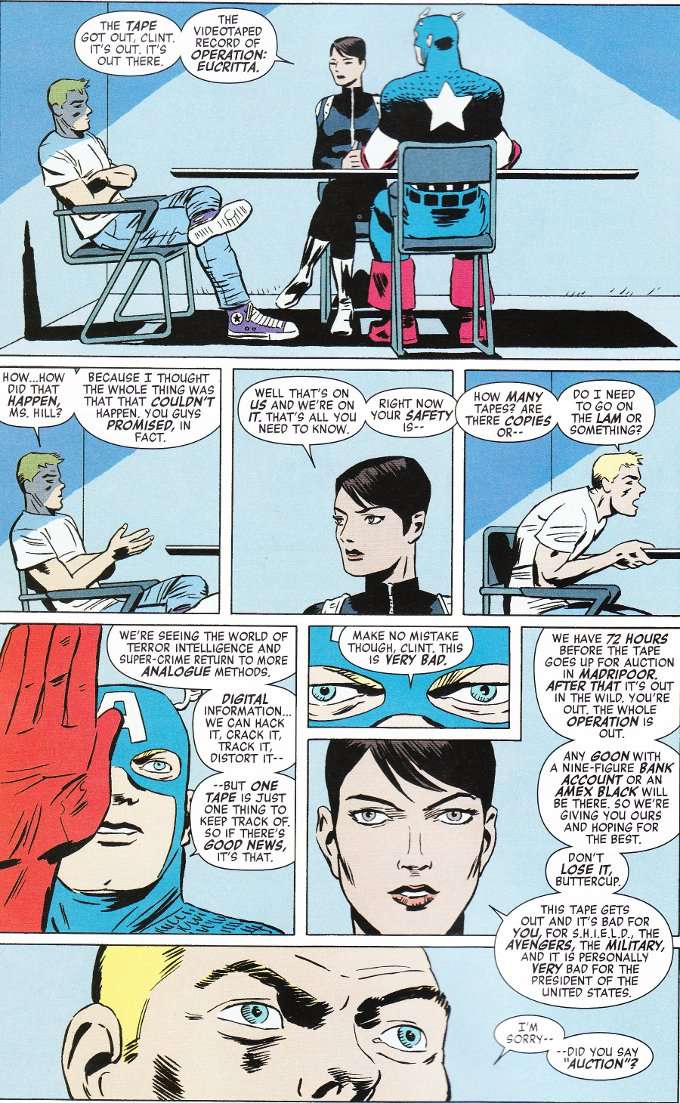 Matt Fraction's script however, despite having all the trappings of a Nick Fury comic or even a James Bond novel, reads like a modernized satire of those stories. (Try as I might, I can't recall James Bond ever forcing the SPECTER agents who captured him to give him a cavity search.) The plot, such as it is, focuses upon a mysterious video cassette.  And what is on this tape?  Nothing less than footage of Hawkeye, in costume, assassinating the world's most wanted terrorist on orders from SHIELD! With the reputation of The United States Government, The American Military, SHIELD, The Avengers and Clint's own life on the line, he has numerous motivations to make the journey to exotic Madripoor to try and buy the tape at auction.  But there are numerous villains who are interested in the tape as well and Clint with have to outwit them all with all the cunning, bravado and sarcasm he can muster. 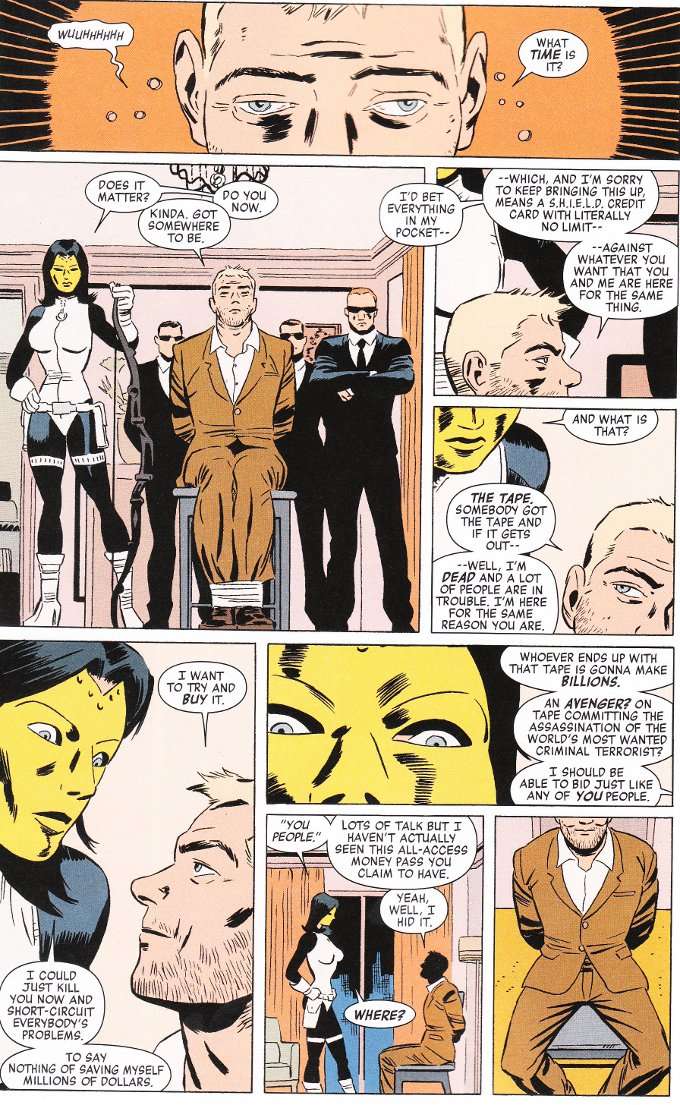 All of this is gloriously funny and well-paced with a surprise on the final page that makes the book worth the reading, even if one isn't  a fan of superheroic send-ups and spy-game satires.  Gorgeous graphics abound throughout.  Truly, this is the best comic on the market involving an archer hero who doesn't really seem to do that much archery.
Posted by Starman at 3:18 PM