Demon Knights #14 sees a number of bargains and counter-bargains being struck between old enemies.  Separated from the rest of his party (who are currently trapped in Hell), Sir Jason Blood finds himself in the custody of The Questing Queen and her wizard Mordru - the villains of the first story arc of this title.  They offer him a chance to rejoin his fellows and reunite with his lost love, Xanadu.  At the same time, The Demon Etrigan plots with Lucifer to use his former comrades as a means toward opening a gateway to Avalon, allowing Hell to invade another plane of the afterlife. 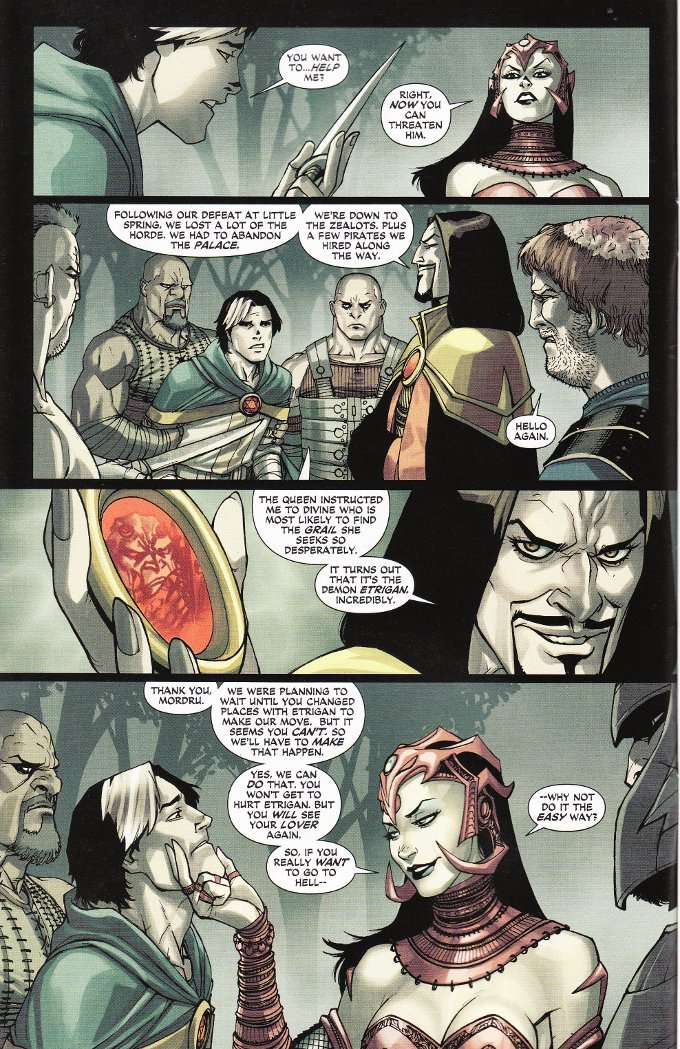 I've written at length before about Paul Cornell's skill as a writer and how he's created a wonderful ensemble cast of characters and balances them all beautifully, giving each character equal due.  Having said such, I don't feel the need to repeat myself once more in this review, though I find I've already done so!  Having said that, I would like to single out Cornell's take on Lucifer, which puts me in the mind of the character as written by Neil Gaiman and Mike Carey.  Here we see a demon prince who has begun to grow bored with the politics of his realm and the posturing his position requires but not so bored that he will not play the part of The Adversary when it might prove profitable. 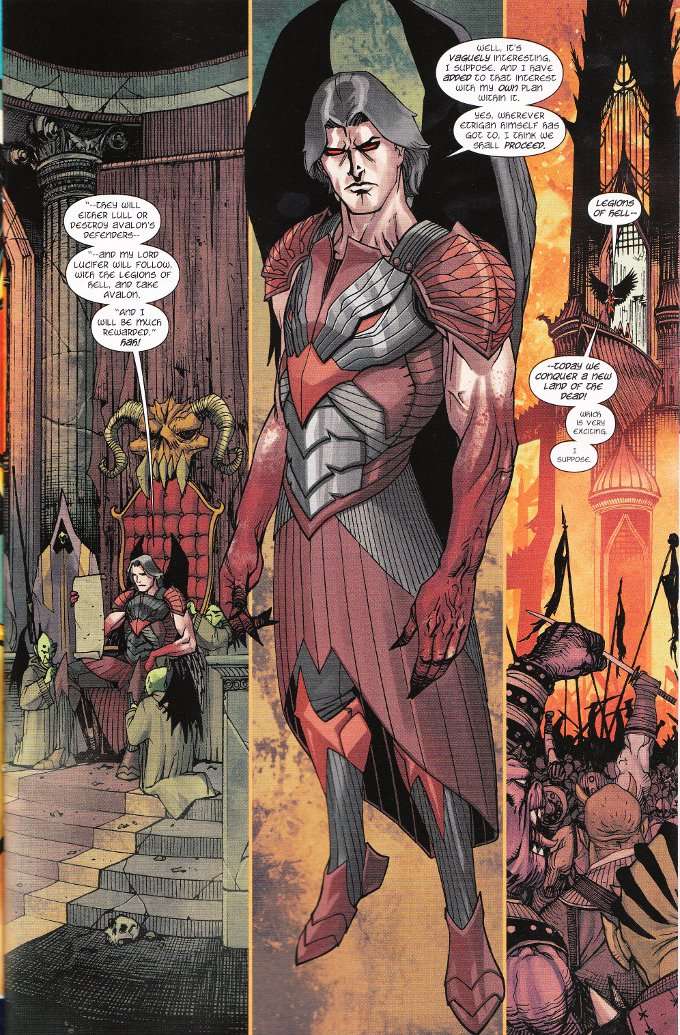 Bernard Chang  has grown upon me far faster than I thought any artist could following Diogenes Neves' departure from this title.  His pencils are crisp and clear, his character and creature designs memorable and his inks appropriately light and thin, giving the whole book an appearance not unlike something that might be in a medieval woodcut.

This is not a good issue to jump onto this title but I highly recommend the first trade paperback for those who have yet to give this title I shot.  I dare say you won't regret it.
Posted by Starman at 12:13 PM