It is an oddity that so far, Green Lantern Corps is the only book in the GL family of titles that seems to have had much of anything to do with the Rise of the Third Army storyline this month.  Then again, it isn't that surprising given that Peter Tomasi has been spinning plates with this title for several years and throwing one more on-going plot into the mix can hardly complicate things further.  Indeed, Tomasi does a fine job of giving all of his large supporting cast of characters a bit of character development. 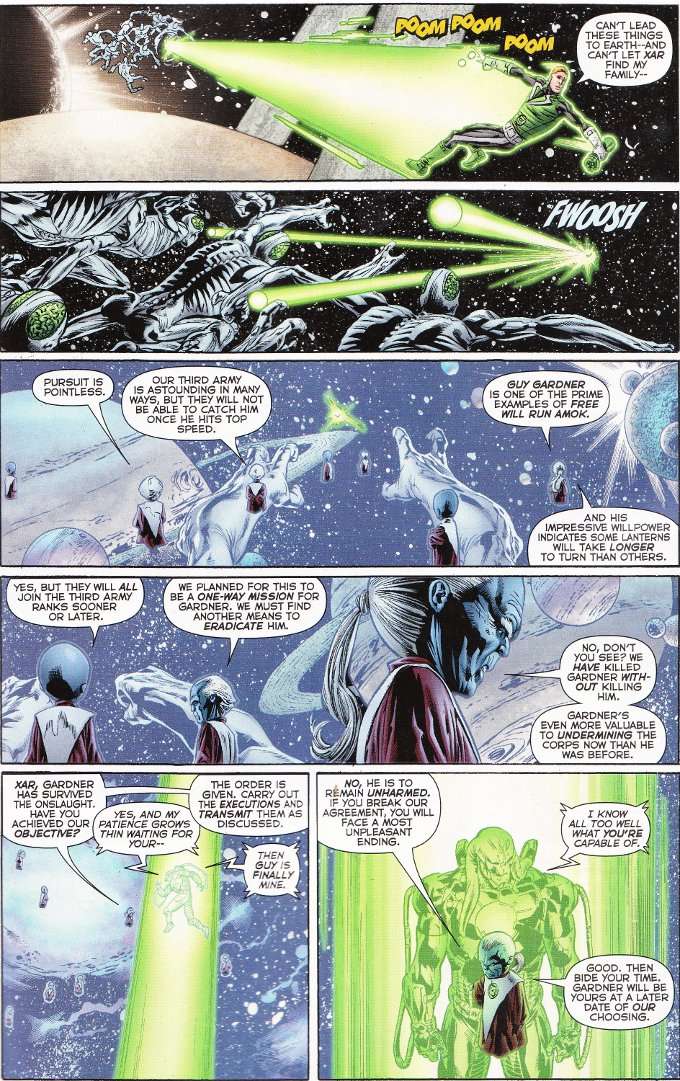 Perhaps the most startling development in this book is the implication that Ganthet - brainwashed by his fellow Guardians over a years ago into becoming as emotionless and cold-hearted as them - may not be quite so gone as his brothers and sisters would believe.  His actions in this issue prevent the execution of Guy Gardner and place Guy on Earth, out of The Guardian's sight.

Why is that important?  Because unless things have changed drastically in the New 52 universe, Guy Gardner is still the same man who - with no powers or resources - managed to trick his way onto Oa and stole Sinestro's yellow ring.  I think Ganthet is either counting on Guy finding his own way back into the fight or is trying to keep him alive for his own ends.  Either way, Tomasi plays this hint subtly and the effect is marvelous.

There are other equally amazing moments, of course.  Guy's trial as he is drummed out of The Corps is a great moment of drama.  There's the moment where John Stewart runs into an old enemy, in the midst of tracking where the pieces of the living planet Mogo are traveling.  And then there's the moment where Kilowog and Salaak - the drill sargent and seneschal of The Corps - discover that The Guardians are hiding away the rings of the Lanterns who have fallen in battle and are not recruiting replacements! 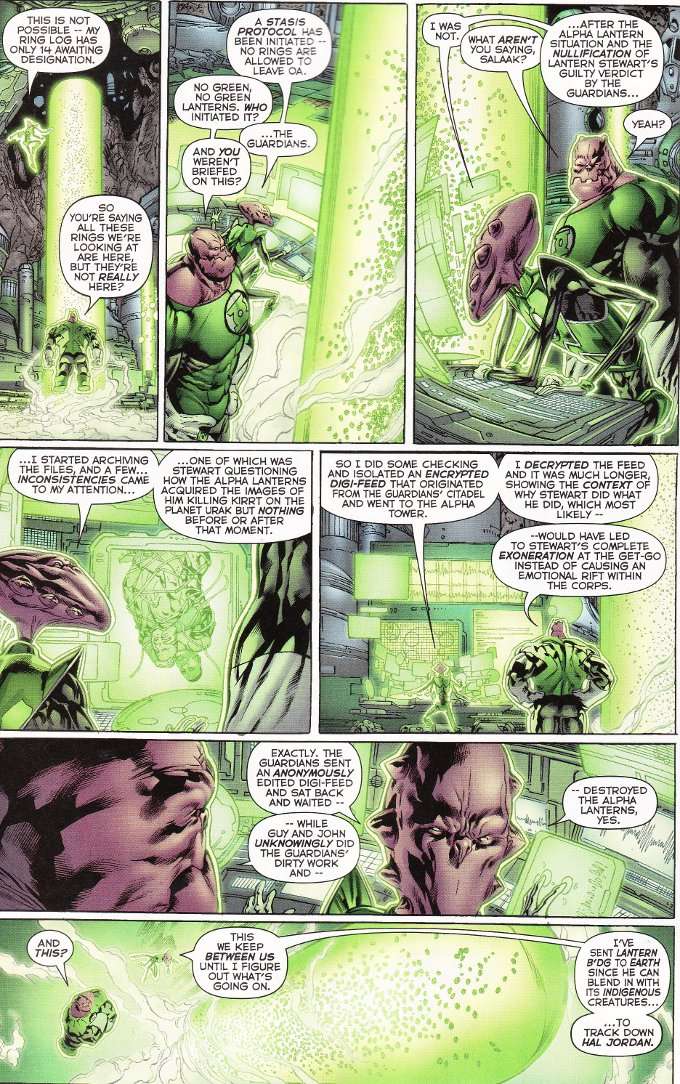 For my money, Green Lantern Corps has the finest regular art team of any book on the shelves today.  Fernando Pasarin's pencils are as amazing as ever and he meets my two main criteria for a Green Lantern artist - he draws amazingly detailed constructs and unforgettable alien figures.  Scott Hanna offers a light touch as an inker, knowing when to let the light dominate a scene and when to let the shadows take over.  Beautiful all around.