It amused me when this new Captain Marvel book started, seeing so many sexist little fan-boys complaining about how Captain Marvel can't be a woman, how Carol Danvers taking the title was a slap in the face to tradition and the existence of this book was base pandering to the vocal minority of female comic readers, blah blah blah.  It amused me, because in their grousing they revealed their ignorance.  For this is not the first time a woman has taken the name of Captain Marvel!  And amusingly enough, we find that she's not too happy about Carol Danvers taking the name either in Captain Marvel #7. 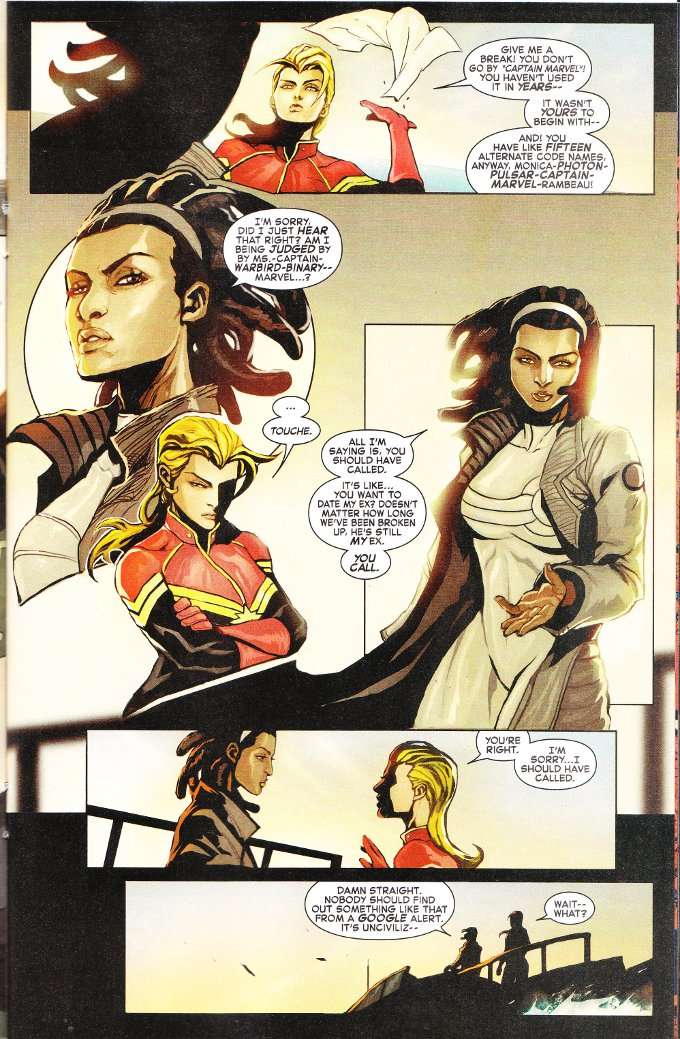 One thing I've loved about this book is the exploration of how super-powers might be used in a capacity other than fighting super-villains.  Other books have explored the concept before but - to my knowledge - none have done so with an Avengers-level hero.  We saw it in the first arc and get more of that in this issue as we see Carol Danvers assisting harbor patrol agent and ex-Captain Marvel Monica Rambeau with a salvage operation.

The story focuses upon the two heroes as they try to locate several downed airplanes and sunken ships  that were brought down under mysterious circumstances.  Frank, a photographer colleague of Carol's from her magazine writer days, shows up pleading for help regarding New Orleans' decaying levies, thinking that a prominent superheroine might be able to help in some way.  A bargain is reached as Carol agrees to see what she can do if Frank agrees to help them with taking pictures of the wreckage.  Naturally, there are complications and the issue ends with our heroes discovering just what might be responsible for the sunken vehicles.


The relationship between Carol and Monica takes center stage for most of the issue.  Not surprisingly, given the book so far and co-writer Kelly Sue DeConnick's pedigree, this issue passes The Bechdel Test.  More impressively, Monica Rambeau's backstory and just why she refuses to work underwater anymore (the result of a classic Avengers storyline)  are neatly and naturally explained in the dialogue and marked off with a famous "As Seen As" caption box.  Hats off to DeConnick and co-writer Christopher Sabela for bringing back that little slice of Marvel history! 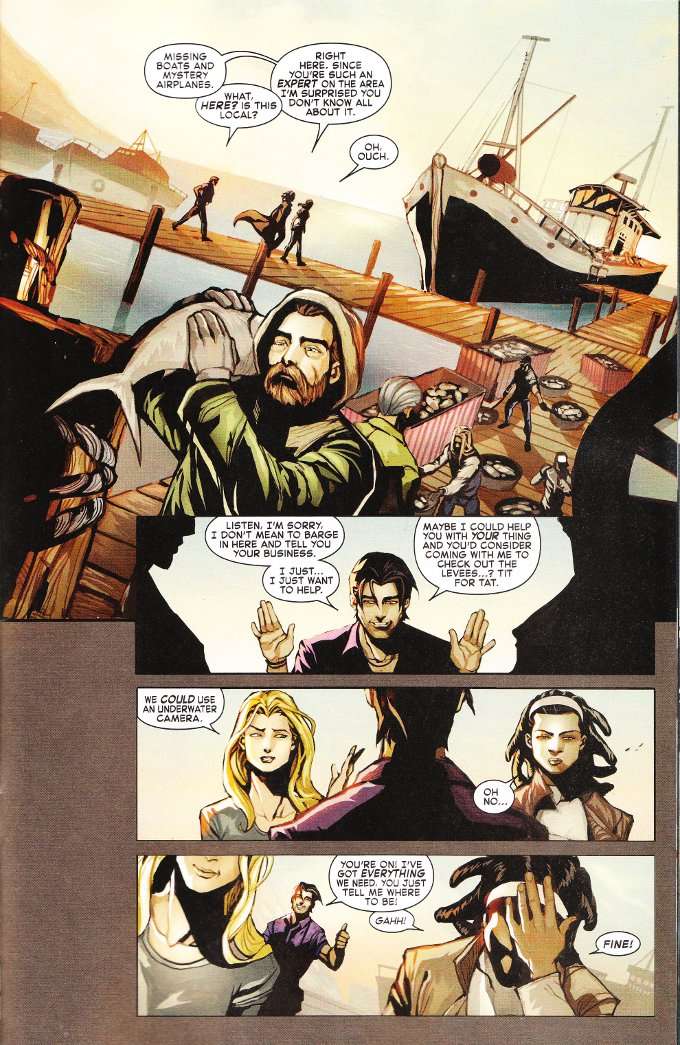 Dexter Soy continues to wow me with his artwork.  I usually prefer a more realistic style, but Soy's stylized characters suit this book well.  Soy leaves most of his pencils lightly inked, effectively using the shadows in the heavily inked areas to emphasize the parts that are "in light".

If you haven't picked up Captain Marvel before, this is a good issue to start with.  I recommend this book to any who like stories with strong female protagonists, quirky superhero books that look at the effect superpowers might have on the day-to-day operations of a world and quality comics in general.
Posted by Starman at 11:26 AM