Supergirl #13 mingles elements both old and new.  It was written by one writer, Mike Johnson - now working solo after co-writing this book for the previous year with Michael Green.  It has a new artist - Sam Basri - most recently seen working on Voodoo.  And it brings us the return of the series' first original villain - Simon Tycho. Tycho is a billionaire collector of alien artifacts who, thanks to the injuries earned after he foolishly tried to add Supergirl to his collection, had what was left of his body grafted onto "a transluscent alien jelly-man". 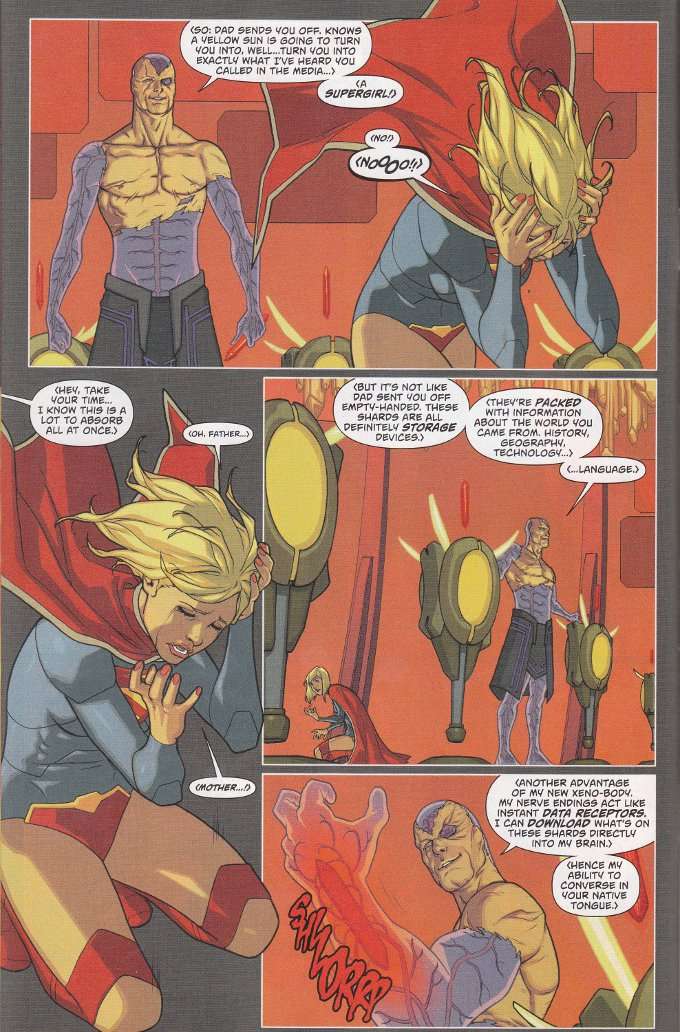 Johnson does a good job setting Tycho up as a character and keeping the action flowing.  Unfortunately, despite Tycho's new powers solving the largest problem with his character concept (i.e. he's basically Lex Luthor with hair and OCD) he still doesn't seem to be much of a threat.  For all the build-up the character receives, Kara is able to defeat him fairly easily.

That being said, I do like how Kara is able to neutralize him in a fairly clever way that doesn't involve her punching her way to a solution.  The end of the issue also sets-up a wonderful new status quo for the book as Kara gains her own Fortress of Solitude.  She also finds a way to keep in touch with the outside world without being overwhelmed by it. 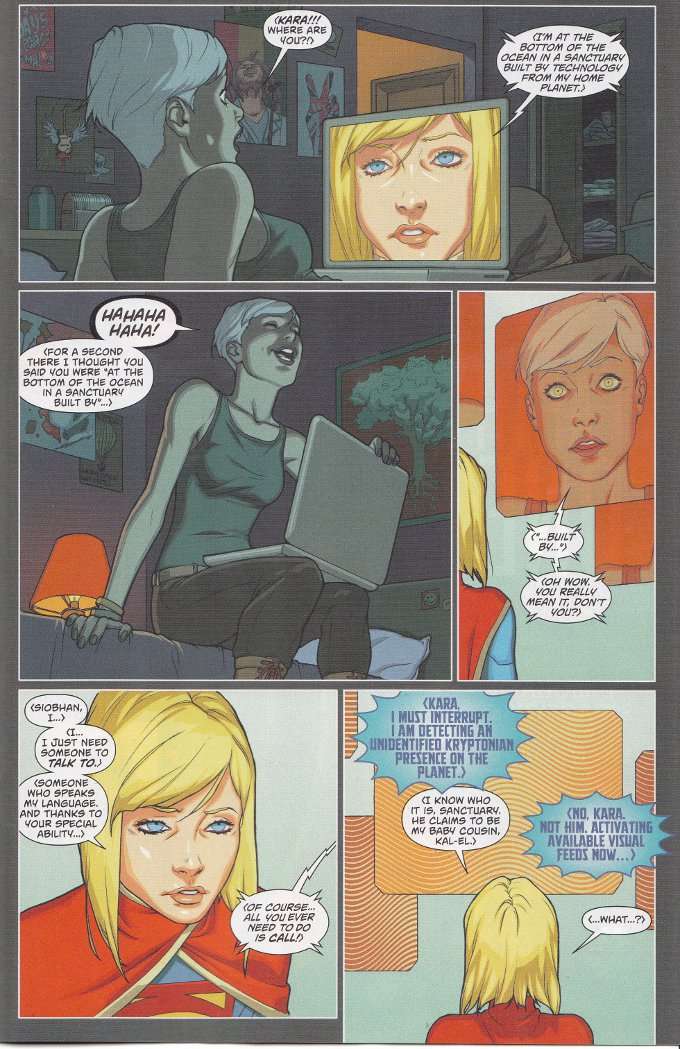 Sami Basri's style differs greatly from this book's previous artist.  Basri's art possesses a feeling reminiscent of modern manga, with thin lines and light inks.  It's an effective look for the most part, though some of the character expressions seem muted and dull.

Despite the changes, this book is still a good read.  Indeed, despite it basically being a cliff-hanger resolution for Issue #12, it still manages to be accessible to new readers who might be jumping on after Zero Month.  We can only hope the book remains as accessible and self-contained during the upcoming H'El On Earth crossover.
Posted by Starman at 8:24 PM