Red Sonja #69 introduces a new artist to the series.  And what an artist!  I remember Edgar Salazar's work fondly from the otherwise forgettable Red Sonja: Break The Skin one-shot and apparently he took a turn on Queen Sonja, though I don't remember it.  While any new artist is welcome after the weirdness of the past two issues (what with the gratuitous up-skirt shots for which Sonja magically gained a pair of white panties!), Salazar's work depicts Sonja as a woman who is an ass-kicker first and a beauty second. 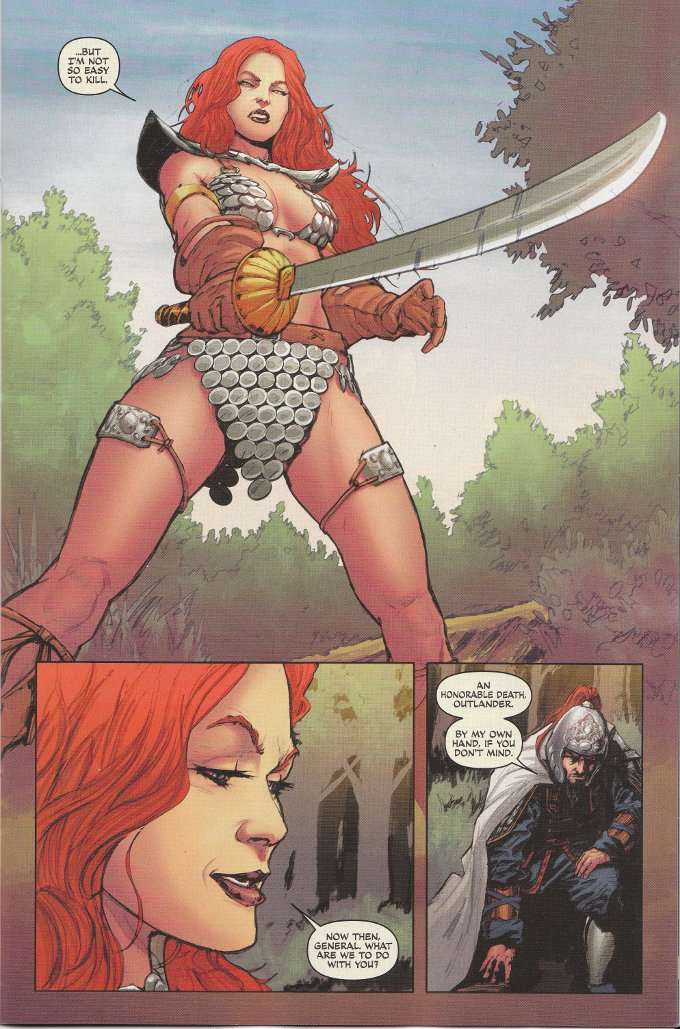 Eric Trautmann's script continues the adventures of Sonja and her comrades, who are shipwrecked in the land of Khitai - the Hyborian equivalent of China.  The issue focuses upon Sonja and a General Yusan forming an uneasy alliance of their respective companies to deal with the threat of three sorcerer brothers who plague the land with their trickery.  One question looms over all their heads - how long can the threat of dark sorcery force their packs together?  For while both groups attacked each other over a misunderstanding and they are agreed the wizards are the greater threat, Yusan's honor may demand he avenge his defeat at Sonja's hand and the deaths of his men. 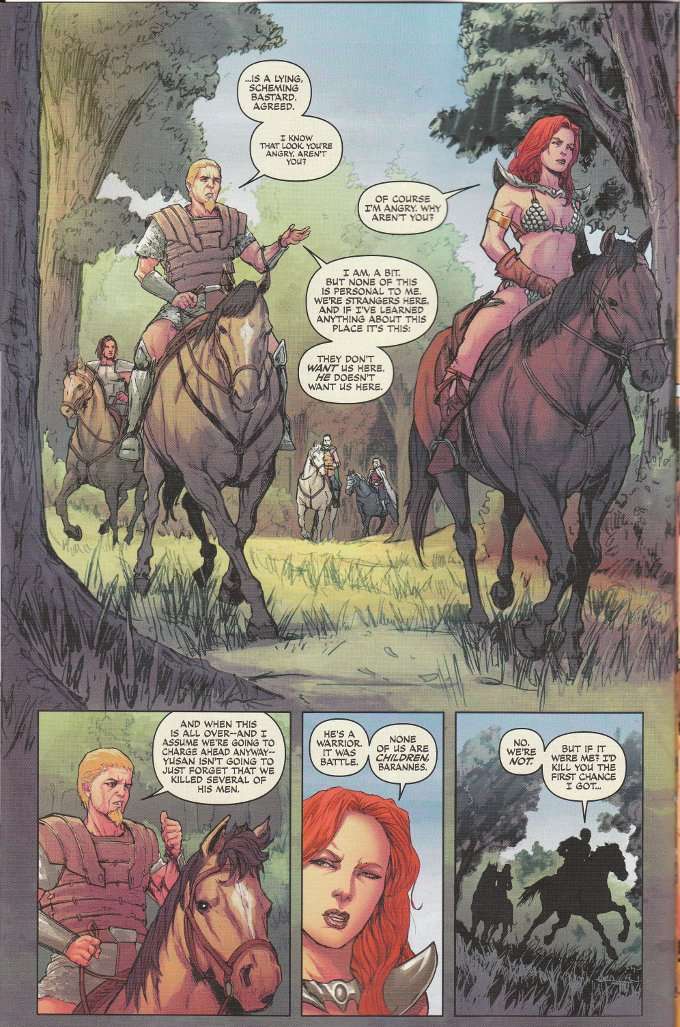 Trautmann doesn't skimp on the action in this script, pacing the action sequences well between the scenes focused on conversation and the more horrific moments where Sonja uncovers places where the sorcerers have been working their dark magics.  Coupled with Edgar Salazar's pencils, it all makes one fine issue of a highly underrated comic  And with an opening page that recaps the action thus far, new readers can easily read this issue despite it being the second part of a longer story.
Posted by Starman at 10:55 AM