Despite the cover noting that this is the first part of the Rise Of The Third Army crossover event, Green Lantern #13 barely touches upon The Third Army and their slow spread across the Earth.  Most of this issue is focused upon Simon Baz - a troubled young man who turned to thievery to support his family and had the misfortune to steal a car with a bomb in it that the police were watching.  Baz is now a suspected terrorist and - thanks to his sudden rescue by a Green Lantern ring - a noteworthy enough of a threat to be brought to the attention of The President.

Incidentally, the President in the New 52 DC Universe is apparently Barack Obama, though he isn't mentioned by name.  Just a little note there for you trivia fans who keep track of this sort of thing. 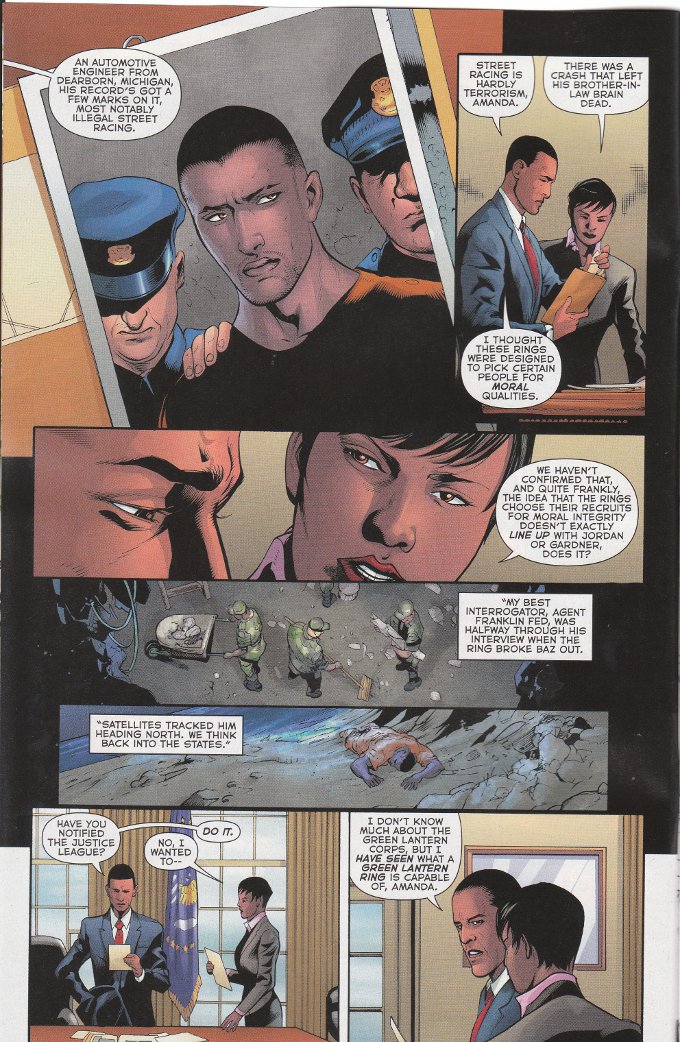 Writer Geoff Johns seems less interested in the big event than he is exploring this new character and the reality of Green Lanterns in the New 52 universe.  Surprisingly, this info-dump between The President and Amanda Waller early in the issue proves to be effective expositon.  One of the biggest problems with the New 52 so far is that many writers haven't taken the time to truly explore the new universe and explain things that could be taken as holy writ before.  In this case, we learn several factoids like the US Government is aware of Hal Jordan's secret identity but they have no idea who Kyle Rayner is.

Despite the opening scenes explaining a lot, the strongest parts of the issue are the scenes where Simon learns how to use his new powers and tries to find a direction for himself.  We learn a lot more about Simon's family life in this issue and confirm what was suggested in Green Lantern #0 - he's a basically good man who made some bad choices.  To his credit, Baz seems determined to fix those mistakes or, at the very least, shield his family from the consequences of his actions. 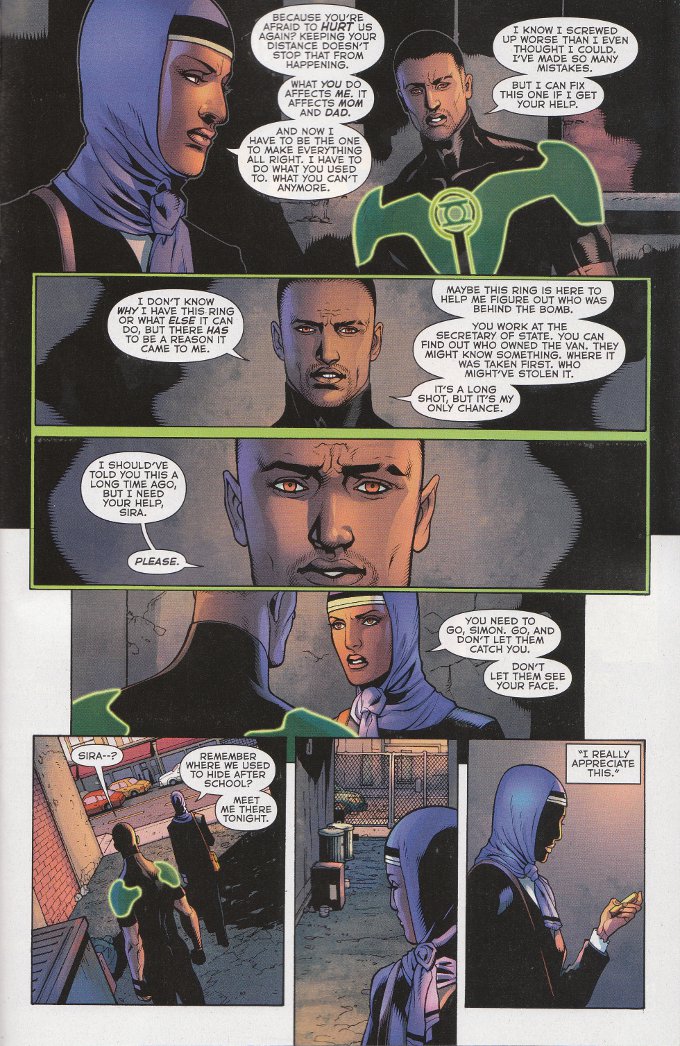 Doug Mahnke's continues to be one of the best artists in the business.  We don't get to see much of the prowess he's displayed in the past this time around, as there's very little action in this issue and Baz has yet to start forming constructs.  Still, Mahnke provides each scene with a subtle dynamic flow and the few action scenes we have move along nicely.  And despite apparently having five inkers work on this issue, the shading proves consistent throughout.

If you haven't started reading Green Lantern yet, this would be a fine issue to start with.  The character concept and reality explain themselves pretty well and the art looks amazing, even though there's not much action in this issue.
Posted by Starman at 9:40 AM