Earth 2 #5 continues the action from the previous issue, with the being called Grundy continuing to drain the life force from the Earth itself while combating a group of Wonders (i.e. superheroes) never before seen by the public. We see the fight between these heroes - Green Lantern, The Flash, Hawkgirl and The Atom - play out over most of the issue.  At the same time, we are introduced to The World Army - the organization which has taken over much of the world's defenses in the wake of the invasion by Apokolips which killed or displaced most of this Earth's Wonders.  Our P.O.V. character for most of these sequences is Commander Kahn, head of SENTINEL.  SENTINEL, as we are informed, is the branch of the World Army in charge of intelligence and organizing their own group of covert Wonders. 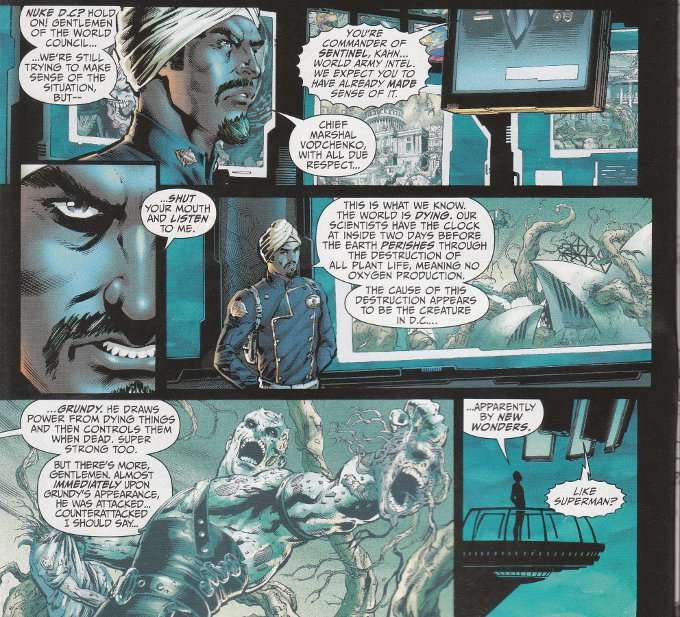 James Robinson's script provides a lot of action but also manages a surprising amount of subtle characterization.  At first Commander Kahn seems little more than Nick Fury in a turban but - after confronting a government adviser who Kahn has personal reasons for wanting to see dead - we see that he is hardly the standard career military man and that he holds certain principals higher than obeying orders.  Sadly, we get no such introduction to The Sandman (one of my favorite Golden Age heroes) though we do get to see several Sandmen in action and see that Wesley Dodds is their leader.  I can't wait to see how that plays out! 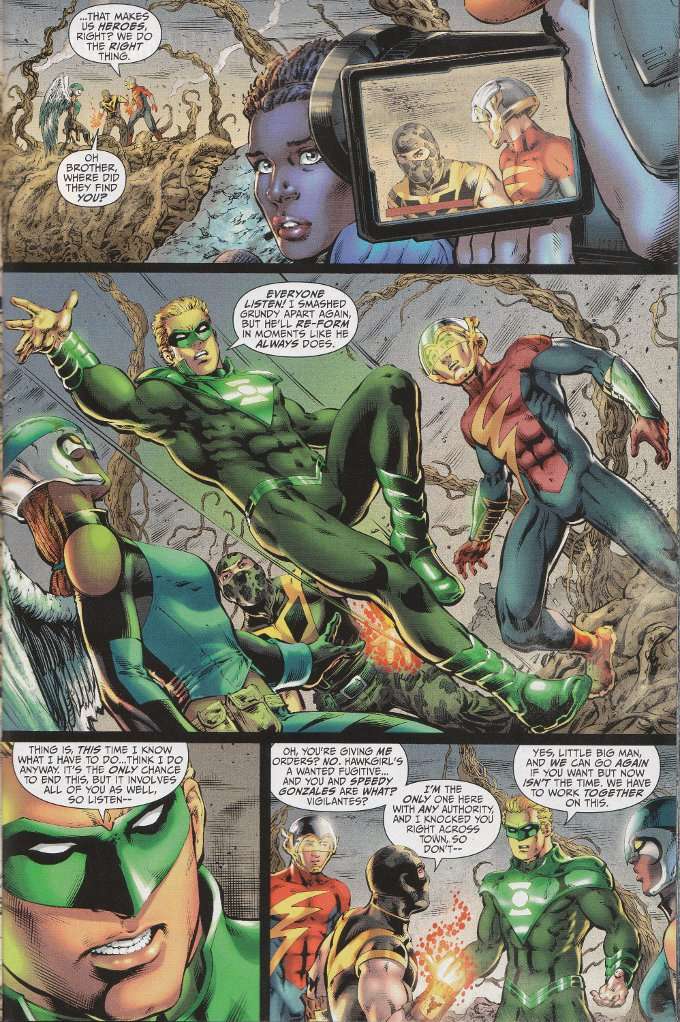 Nicola Scott's artwork is, as always, a wonder unto itself.  Few artists can manage this level of detail without their line work threatening to obscure the picture.  Such is the miracle that is Nicola Scott.  Inker Trevor Scott proves wise enough to emphasize the original lines with a light touch.  And colorist Alex Sinclar's palette perfectly highlights each scene.

I love this book but I can't recommend this issue to new readers.  Try and find the first few issues or wait for the upcoming collected edition.  You'll be glad you did.
Posted by Starman at 2:10 PM