World's Finest #5 surprised me.  Coming fresh off of Zero Month, I wasn't expecting another story that would serve as a perfect entry point for new readers.  Then again, Paul Levitz has surprised me a lot with this book so far so perhaps I should stop being surprised at being surprised.  That might be a wise crack, but I doubt it.

As in previous issues, we are given a frame story which explains the situation our heroines find themselves in while the inner stories detail their more action-packed solo adventures.  Refugees from a parallel Earth, Karen Starr and Helena Wayne have reestablished themselves in the main DC Universe as Power Girl and Huntress.  For five years, the duo have lived their separate lives, discretely doing good as their gifts allow them.  Karen dreams of finding a way home and funds several technological companies in her secret identity working toward that end, but Helena would prefer to build a new life in this new world.

George Perez, whose work should need no introduction, handles the penciling duties on the framing sequences with his customary skill.  Backed by the inks of Scott Koblish, his work has never looked finer.  The two interior stories are handled by two separate but equally skilled art teams. 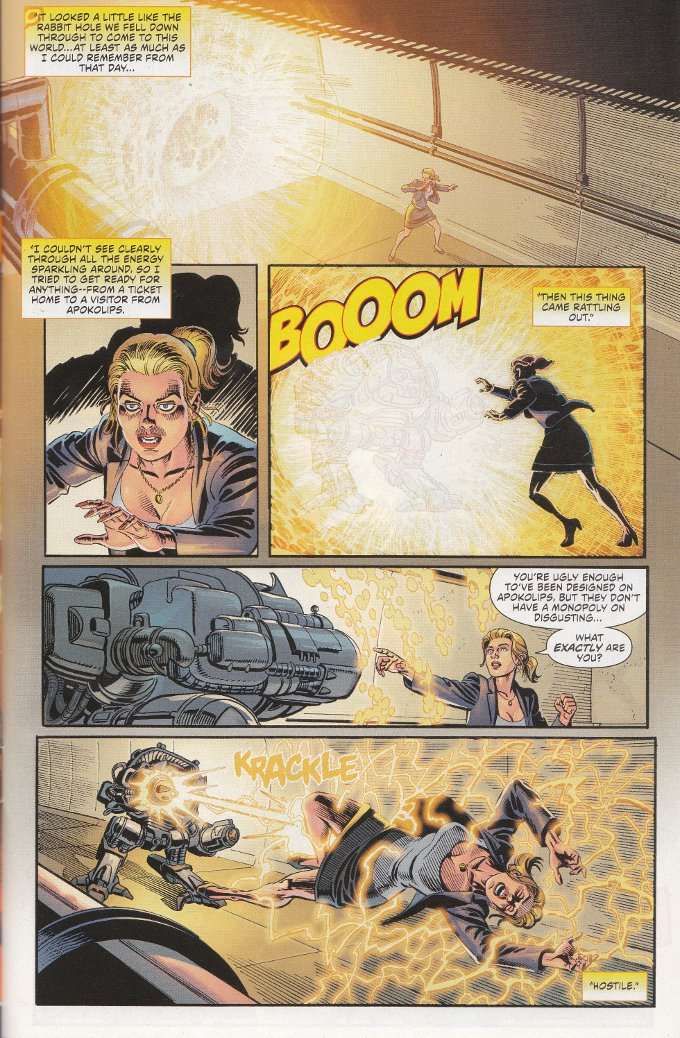 The Power Girl sequences, in which Karen fights with a piece of machinery for another dimension, are illustrated by another legendary artist - Jerry Ordway.  Best known for his work with Superman and Captain Marvel (to say nothing of Crisis Of Infinite Earths!) Ordway proves the perfect choice to depict Power Girl's adventures. Ordway's figures are larger than life and seem to be poised for action even as they stand stock still.

The Huntress sequences by Wes Craig and Serge Lapointe are equally enjoyable.  A penciler with a gloriously diverse portfolio of work (I don't think any artist has worked on both Guardians of the Galaxy AND The Texas Chainsaw Massacre comic), Craig's darker sensibilities are put to good use depicting Huntress's encounter with a sniper out to cause chaos at a rally.  Lapointe's inks further help to contrast the styles of the two heroines visually. 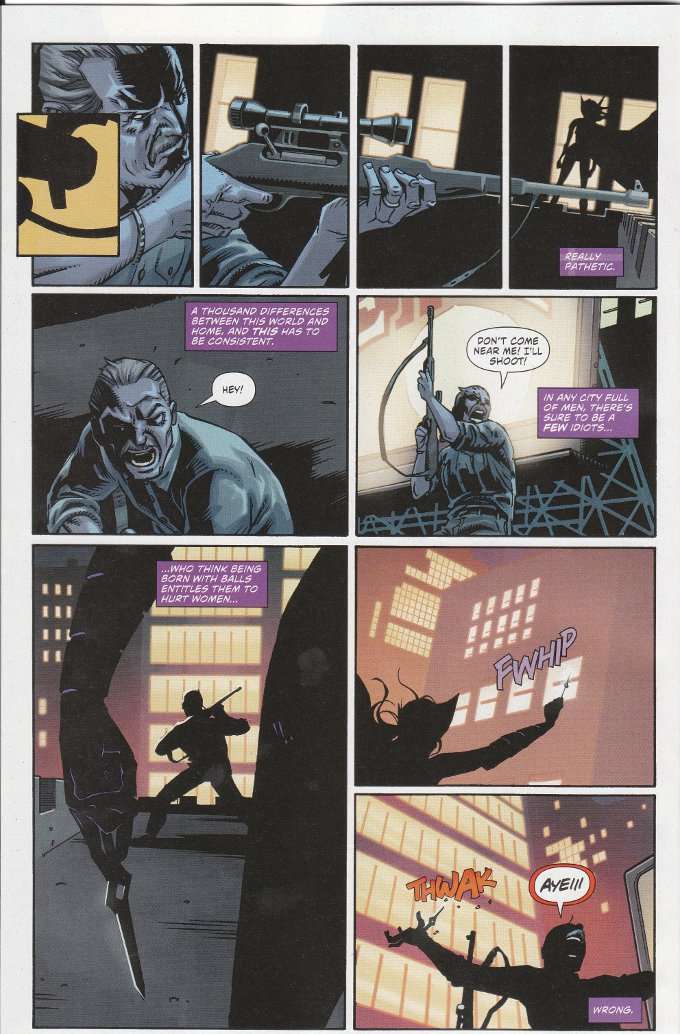 If you aren't already reading World's Finest, this issue provides you with the perfect jump-on point.  It offers a great story with two strong female protagonists.  The variety of art presented by three skillful teams of professional creators makes this an interesting study in contrast for fans of the genre and aspiring artists alike.  But most importantly, it's just plain fun to read!
Posted by Starman at 7:57 PM