Demon Knights #13 begins where some stories end - Hell  Apparently betrayed by The Demon Etrigan, all of our party - save for Jason Blood, who is trapped and alone on Earth - have been condemned to the Stygian Abyss and placed within their own personal realm of torment.  But Etrigan has a plan, though it seems more likely than not that he is more concerned with stealing the Throne of Hell from Lucifer than rescuing his comrades.. 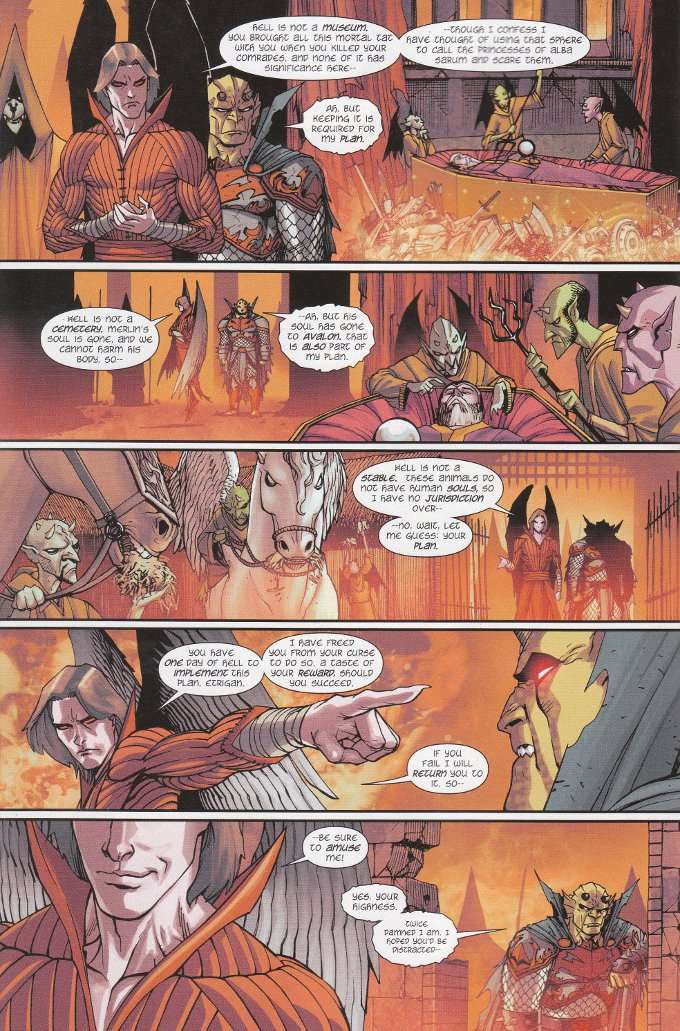 Those who have been reading this series will find this issue full of Paul Cornell's trademark humor.  Those who haven't may find themselves confused by these proceedings as much of the action and humor is dependent upon familiarity with our protagonists.  For instance, one must know Vandal Savage as the uncouth and unapologetic scoundrel that he is to fully appreciate his "torment" at the hands of every bastard he ever sired until he confesses to his many crimes. 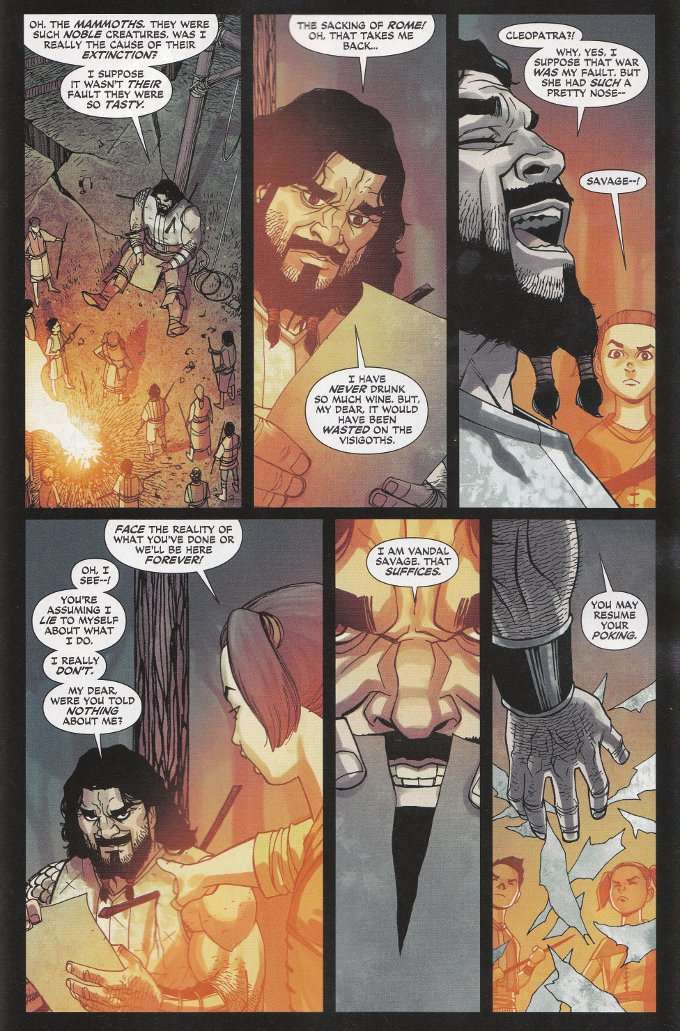 Bernard Chang's pencils ably replace those of the series' former penciler, Diogenes Neves.  Chang's artwork bares a more exaggerated quality than Neves' but does not become so stylized as to be cartoonish.  Chang's art is appropriately dark and atmospheric, depicting the varied Hells with a vivid detail reminiscent of Michael Zulli's work on Sandman.

All in all, this is a solid issue.  The writing is as fine as ever and Chang continues to prove a worthy replacement artist.  The only flaw this issue has lies in its' inaccessibility to new readers, whom I would advise to go pick up the excellent Demon Knights: Volume 1 TP.
Posted by Starman at 3:22 PM