Conan The Barbarian #9 - A Review

This most recent issue of Conan the Barbarian bothers me more than last month's, yet not for the same reasons.  Do not misunderstand me - the art by Vasilis Lolos appears as misshapen and overly stylized as ever and Brian Wood's scripts still seem more focused on the poetry of our characters' thoughts than on depicting action.  Indeed, the fact that this issue features a credible, well-paced action sequence with an effective resolution proves the only real difference between this issue and the last. 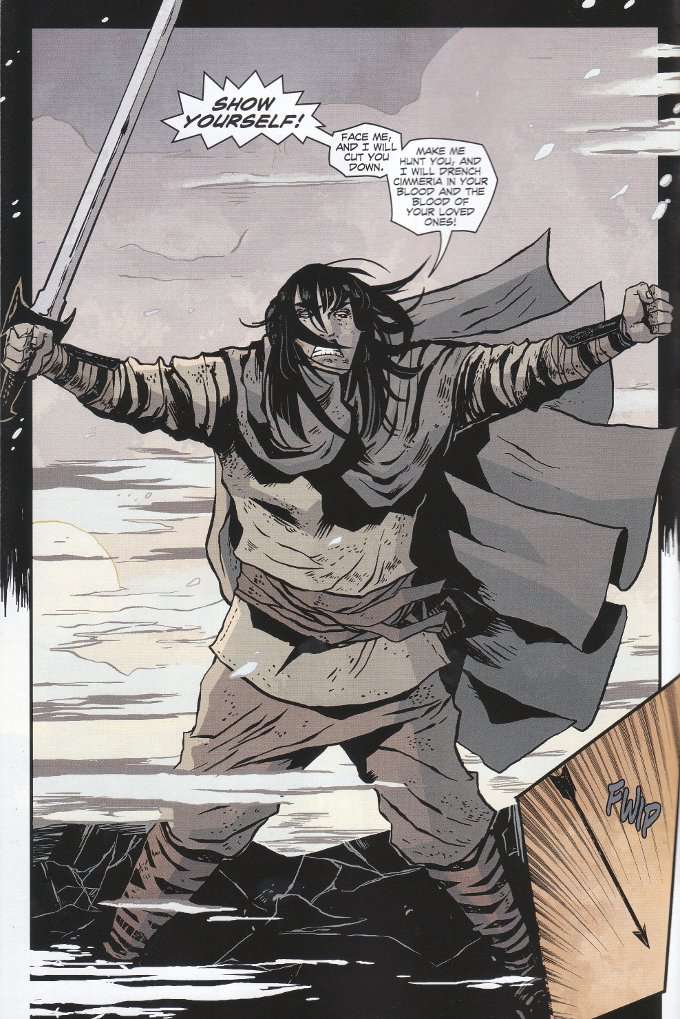 So what vexes me so much about this issue?  It is Belit's role throughout this story.  The idea of placing Belit in a situation where Conan's talents make him better suited toward taking the lead is not a bad one in theory.  The execution, however, leaves much to be desired.

Belit is utterly helpless in the unfamiliar territory of Cimmeria and is reduced to the role of a damsel in distress for the entirety of the story.  While this might have worked early on  Belit isn't given a chance to redeem herself after her humiliation before Conan's mother and the women of his home town.  She is denied any chance to aid Conan in the battle against his enemy, being told to lay down and stay out of the way - something she does without complaint!  Indeed, she disappears for half of this issue until it comes time for her to taunt Conan's mother by basically saying "Yes, you think I'm worthless.  But your son likes me.  So, meh!"  A sad thing - to see the proud warrior queen who commends The Tigress be reduced to the level of a jealous sitcom wife 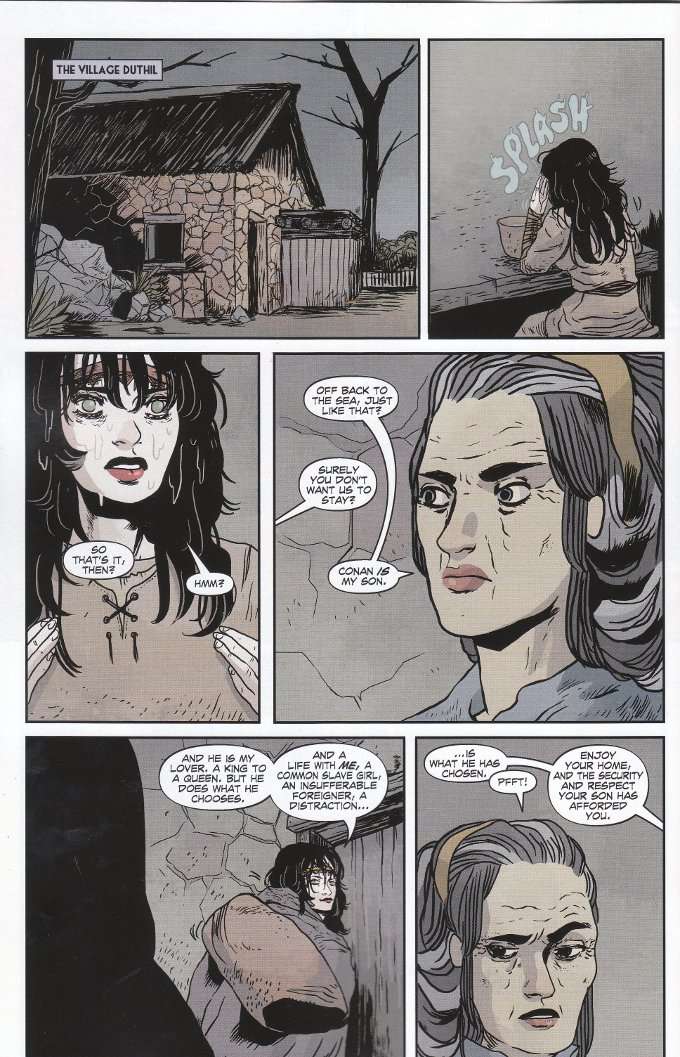 This is far from the worst Conan story I've ever read but that is damning it with faint praise.  Hopefully the upcoming issues with bring Belit back to greatness - preferably with a better artist.
Posted by Starman at 11:08 PM