When I first heard about the concept of Death Of The Family, I became concerned.  I was less than enamored of the storyline, started in Tony Daniel's Detective Comics, where The Joker had his face surgically removed.  Even with Scott Snyder taking the lead on the plotting I feared this might become yet another Joker story that was strange and disgusting purely for the sake of being strange and disgusting. 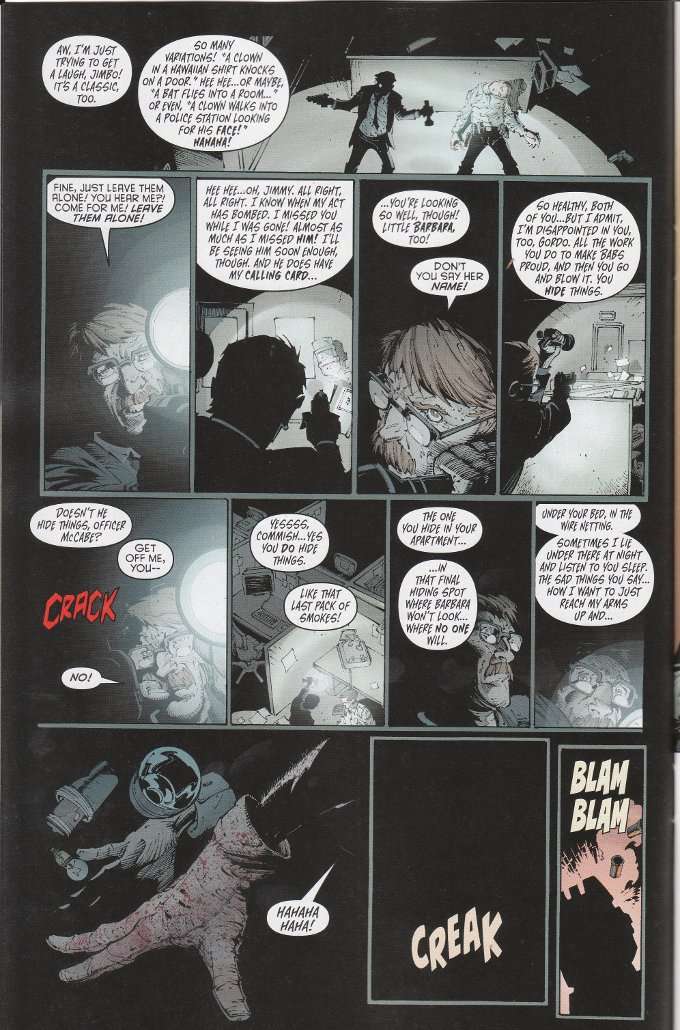 I should have known better.  Though I dislike the take on The Joker offered up here, who seems closer to Hannibal Lecter than The Harlequin of Hate I grew up with, I must admit that Snyder does an effective job of conveying just how much of a threat The Joker should be even if most of the humor falls flat.  To my mind, The Joker should be scary but he should also be looking for laughs.  This Joker seems to be in it for the screams.  Artist Greg Capullo, backed by the inks of Jonathan Galpion, does a masterful job of establishing and depicting the terror The Joker inspires throughout the main part of the book. 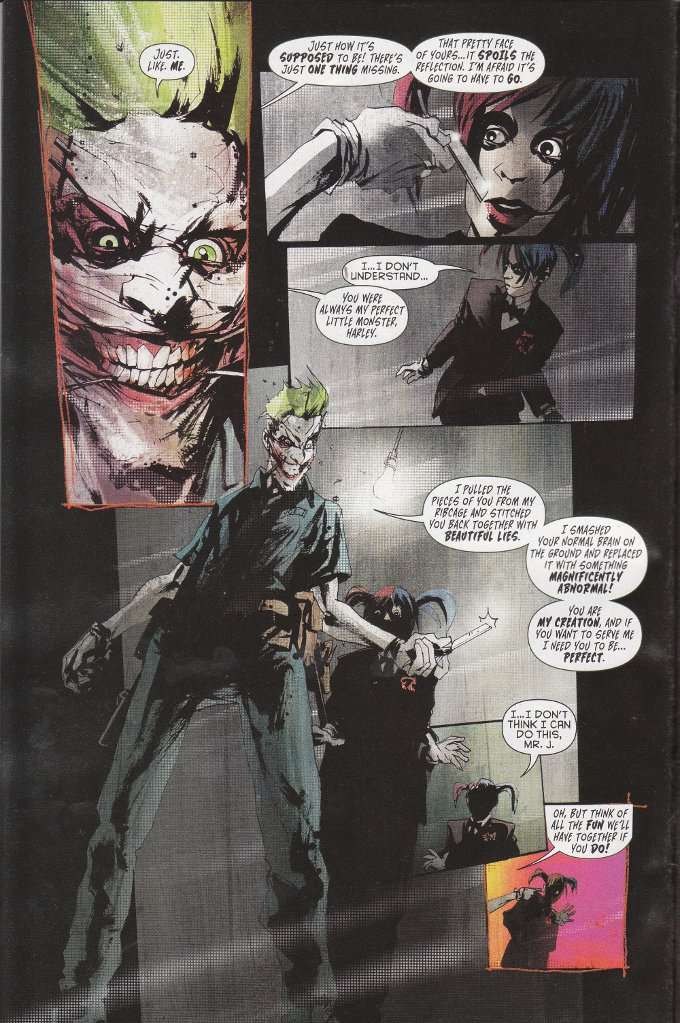 It is a credit to Mr. Snyder and his collaborator James Tyrion IV that their skillful writing can make even the New 52 Harley Quinn from Suicide Girls... I mean, Suicide Squad tolerable.  The back-up story detailing her and Joker's reunion is appropriately scary and somber.  The artwork by Jock does a perfect job of capturing the twisted world both characters inhabit.  I appreciate the craft of it, though I still prefer a Harley Quinn who isn't half-dressed and half-competent.
Posted by Starman at 2:00 PM