Despite being a crossover kick-off issue that had most of it's surprises spoiled by the previews in another book, Green Lantern Corps #13 still manages to entertain.  Readers who have been playing along since the beginning already know that The Guardians of the Universe are plotting against their own Green Lantern Corps and that they have particular plans worked out for our main protagonists.  In the case of John Stewart, the Guardians decide to play upon his guilt, sending him off on a mission of mercy to restore Mogo - the living planet which Stewart destroyed in order to save the universe during the War Of The Green Lanterns. 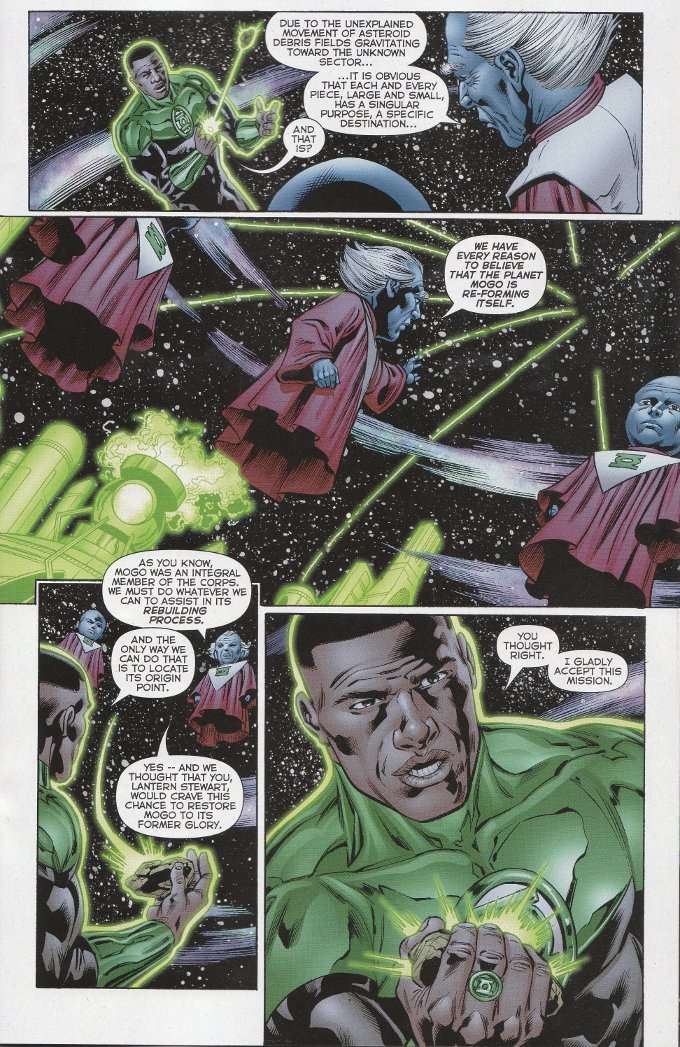 For Guy Gardner, The Guardians hand Guy the rope he needs to hang himself.  As the issue opens, Guy is appointed to a special supervisory role in the Corps and given an important mission to run.  Naturally, Guy receives a message that a criminal with a grudge against him has escaped and is heading toward Earth and his loved ones.  If you believe this is an unfortunate coincidence, I have a pleasure planet in the Vega system I'd like to sell you.

Peter Tomasi tackles all this with his usual skill.  As always, the best thing about Tomasi's scripts is the character moments.  Tomasi does a great job making Guy, John and the other Lanterns interesting characters the reader can relate to.  Though the depth of this story makes this a poor issue for new readers to jump on with, Tomasi cannot be accused of making the characters difficult to understand if one has never read a Green Lantern comic before. 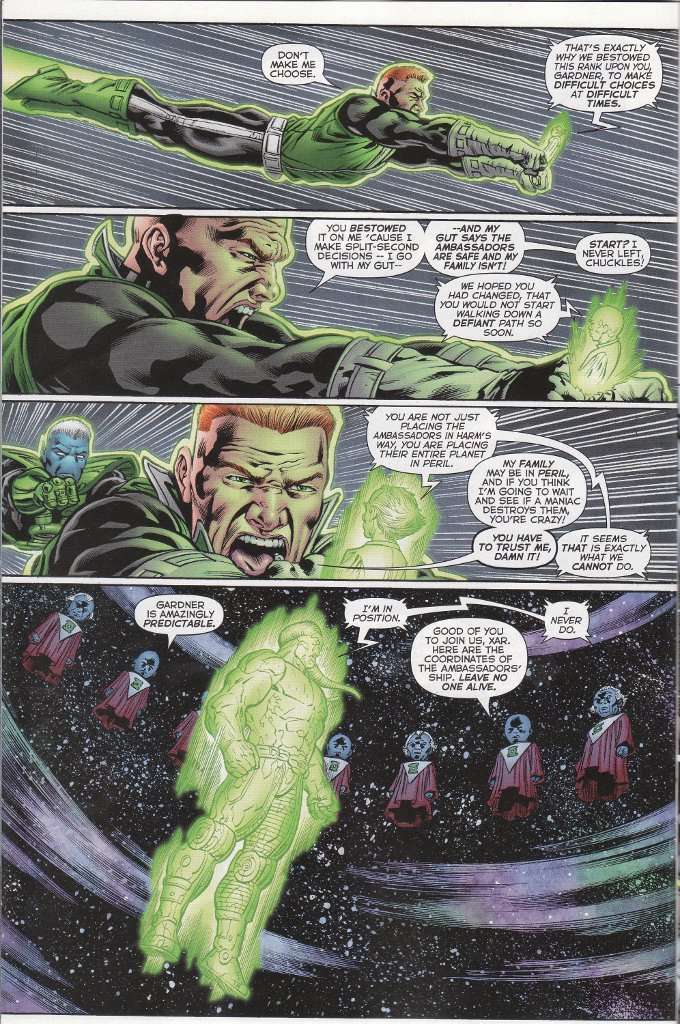 Guest artitst Cafu does an excellent job of emulating the art of the regular art team.  In fact, if I hadn't checked the credits on this issue, I might not have believed it!  Perhaps Scott Hanna's inks had a hand in keeping the look consistent?  Either way, this is a good looking book and a great read.
Posted by Starman at 8:00 PM