Having little to say about this past month's Green Lantern comics that I have not said before, I thought perhaps it might be best to look at each issue and how it is contributing to the upcoming Rise of The Third Army crossover. 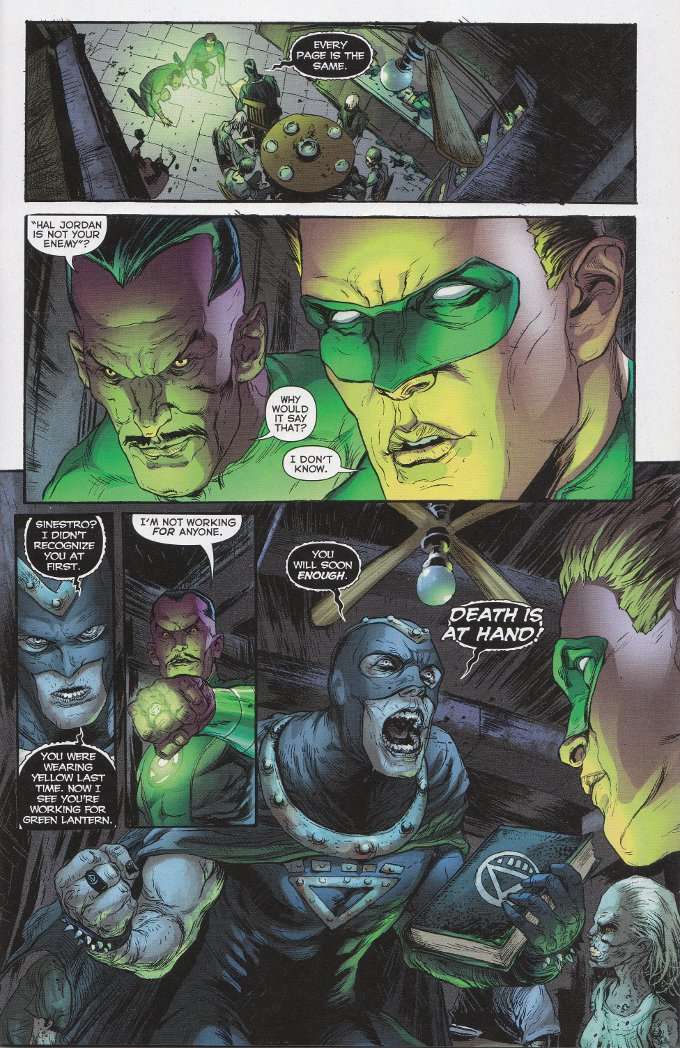 The main contribution of Green Lantern #12 is a rehash of the events of Blackest Night and The Guardians discussing their recent revelation that the greatest problem facing universal order is free will and how they will cope with everyone who has a decent chance of stopping them. It also establishes that Black Hand will have a role to play in the coming action and that Hal Jordan may soon be wearing another color ring yet again. 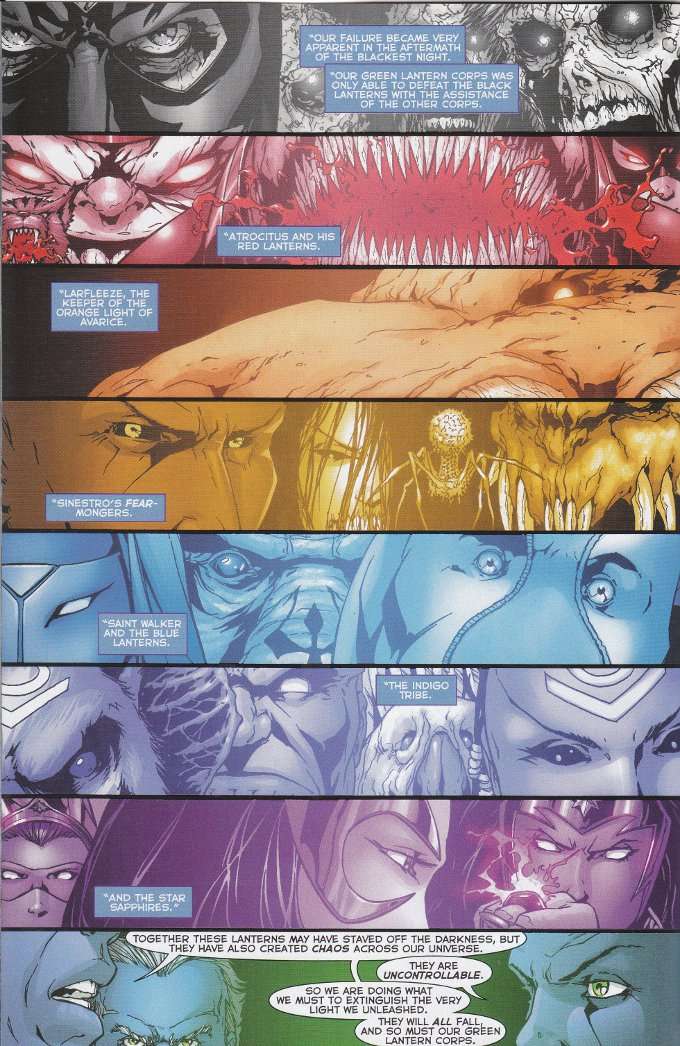 Green Lantern Corps #12 is primarily concerned with continuing the action sequence involving the jail break that became a prison riot in the wake of John Stewart's conviction of murdering a fellow Lantern several issues ago. Good stuff, as always. There's a lot of good action here and Tomasi does a good job balancing the protagonist time between Guy Gardner and John Sewart. 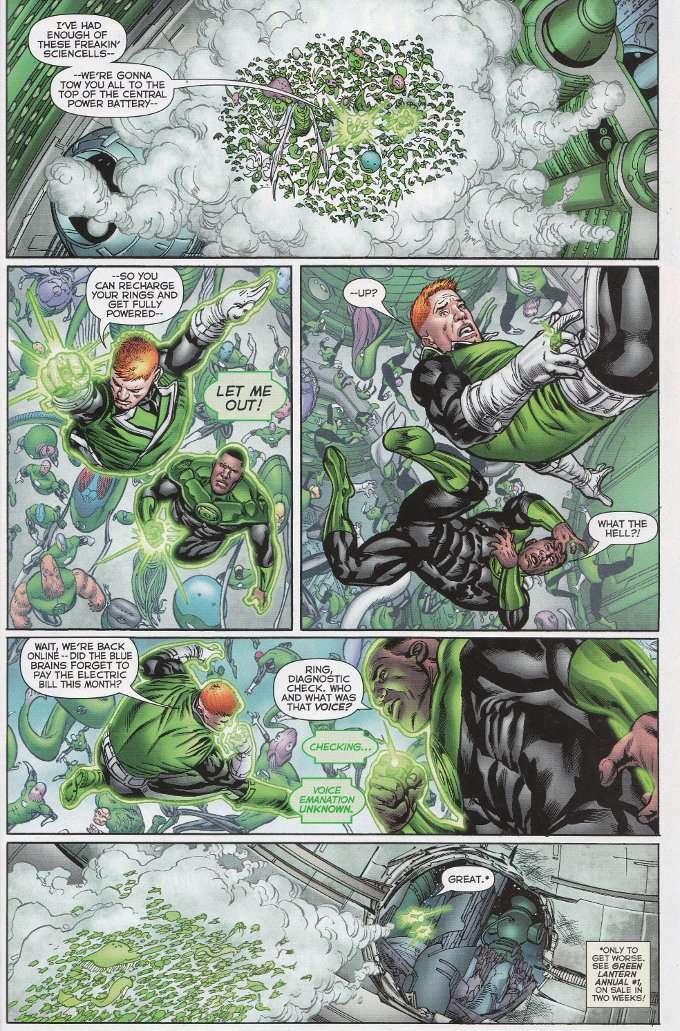 Our primary interest here lies in two points. First, the Green Lanterns all getting the same distress call through their rings from some being saying "Let Me Out!" The other is a scene toward the end, where The Guardians congratulate themselves on eliminating all of the Alpha Lanterns without having to get their own hands dirty, thus eliminating the one body in the Green Lantern Corps devoted toward rooting out corruption from within. 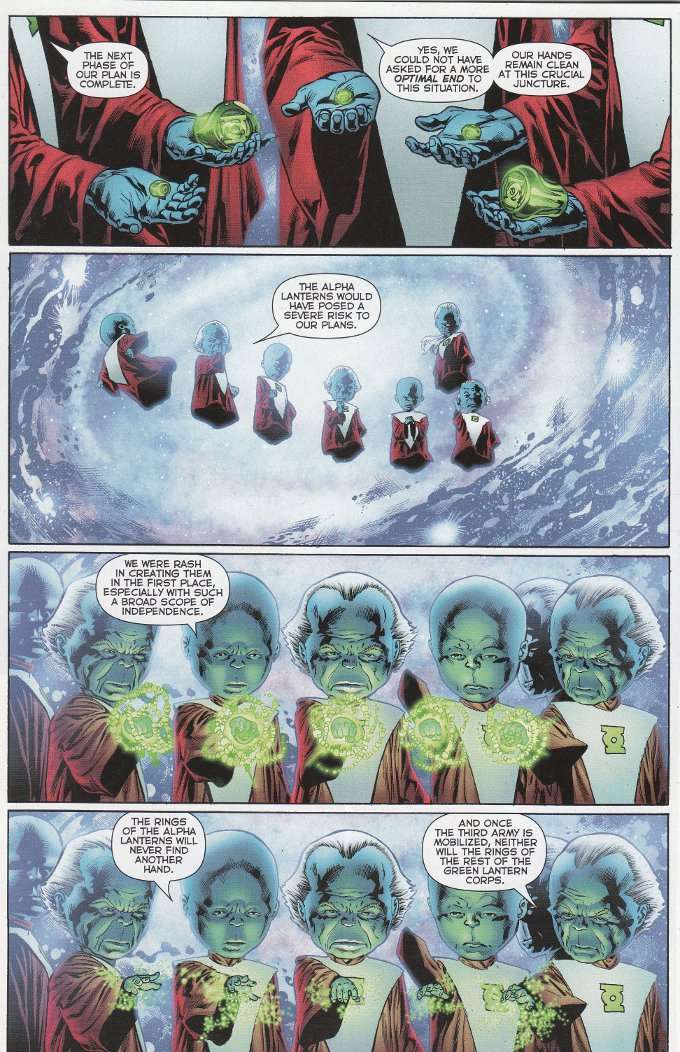 As usual, Green Lantern New Guardians #12 is the weakest of the pack. The plotline involving the need to stop the being Inviticus from destroying the Vega system is concluded and we finally get an explanation for how these "new Guardians" were brought together and who was responsible for stealing the various rings and manipulating everyone from the start.

It turns out to have been the enslaved Guardian Sayd, who now claims that Ganthet foresaw that one day they would need someone capable of channeling all the various Lantern energies and THAT was why he chose Kyle Rayner to become the last Green Lantern when Hal Jordan went nuts. My response to this is best summed up by the collected contents of the bull pens at the Fort Worth Stockyard. 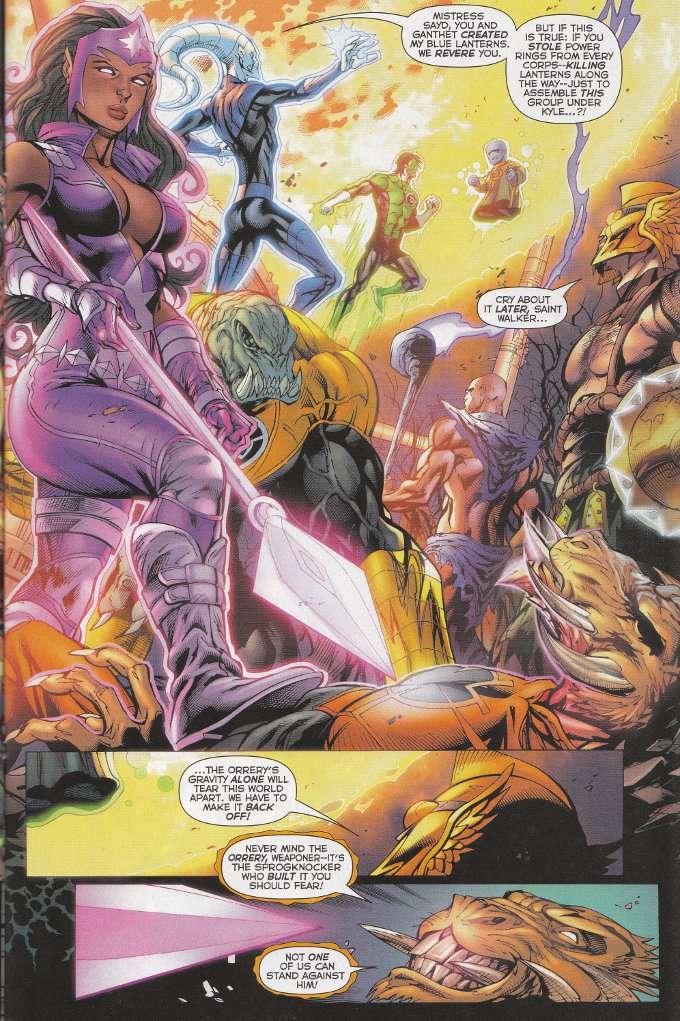 As in Green Lantern Corps, all the various lanterns assembled receive the same distress call from someone demanding to be let out. Based on some dialogue from War Of The Green Lanterns, I believe this call to have been from the imprisoned First Lantern. 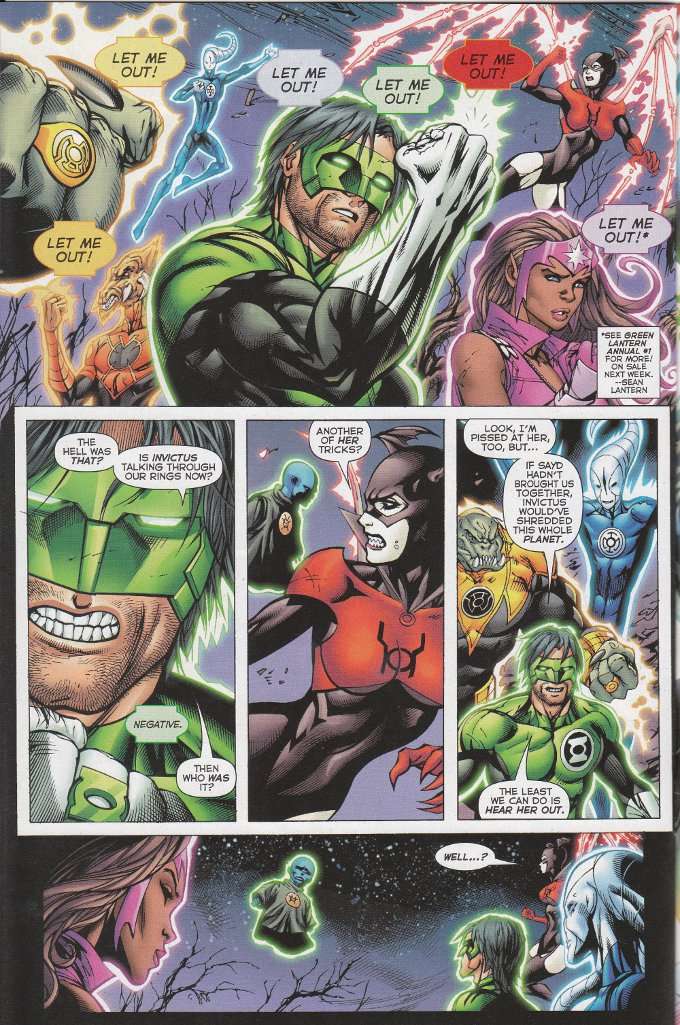 The issue concludes with The Guardians breaking up, but the preview ads for the upcoming storyline suggest that some of them will return and that Carol Ferris will be replacing Fatality, in a new costume that actually covers her body!
Posted by Starman at 2:00 PM