In order to be effective, the first issue of a multi-book crossover event must accomplish three tasks. First, it must establish the status quo of the world for new readers. It must then develop the threat tying the various titles together. Finally, the book has to tell an engaging story while delivering the exposition required in accomplishing the first two tasks. Green Lantern Annual #1 manages most of this. 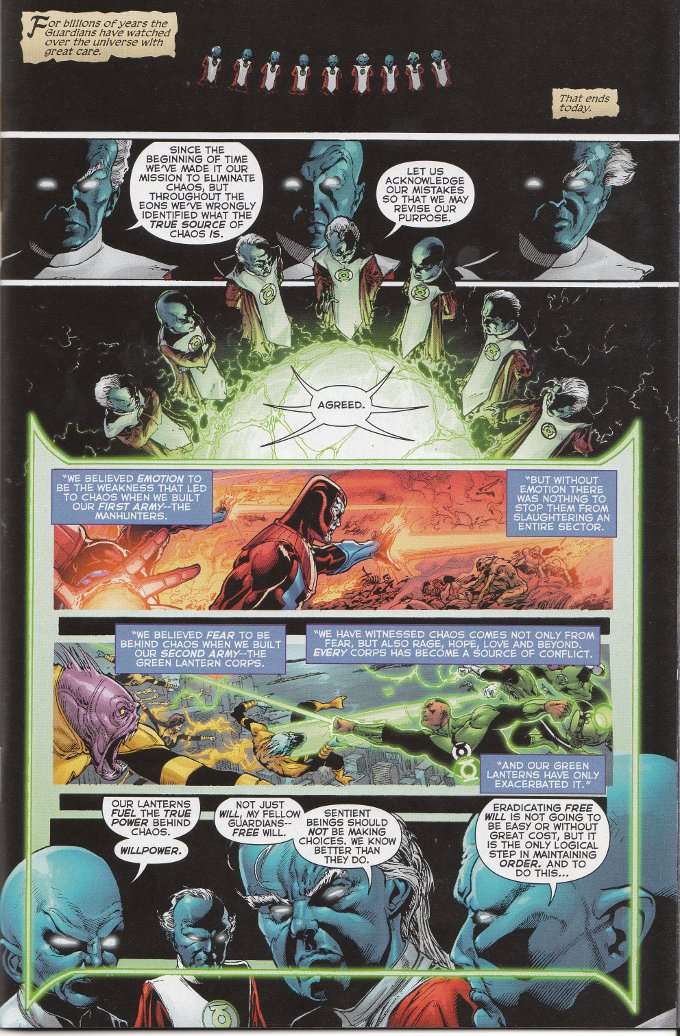 From the first page, the reader is drawn into the rich history of the Green Lantern Corps. We are told of how The Corps represents the second attempt by The Guardians of the Universe to develop an army to preserve order and how in the wake of recent events, The Guardians have decided that a Third Army is needed to eradicate what they now see as the source of chaos in the universe - Free Will. Most of the issue details their efforts to secure a power source to create said army and in the final pages we see their efforts come to fruition, as they create a mindless, emotionless being whose very touch turns others into beings just like it! 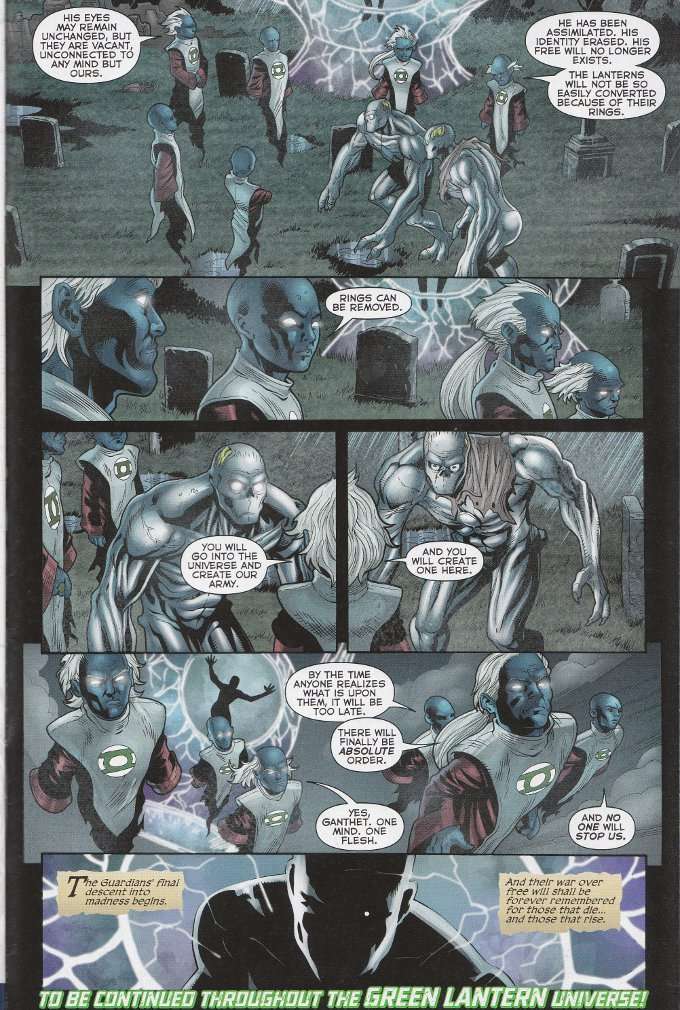 Geoff Johns has been setting the stage for this battle for a long time and is an old-hat when it comes to writing epic storylines that build off the rich history of the DC Universe. His script succinctly explains the Green Lantern history until this point and establishes the threat posed by The Third Army quite well. However, the script falls short when it comes to developing a strong emotional investment in the reader.

The other main subplot of this book, spinning out of Johns' own Green Lantern title, continues Hal Jordan and Sinestro's battle with the necromancer Black Hand. While those who have been reading the main Green Lantern book will know of this conflict, new readers may be confused by this portion of the issue and fail to see how it ties in to the larger conflict.

Long time Green Lantern artist Ethan Van Sciver does his usual skillful job. Van Sciver has been at this just as long as Johns and his familiarity with the characters is obvious. Colorist Hi-Fi also deserves special praise, for adding the perfect palette to bring out the light and dark of Van Sciver's inks.

Overall, this isn't a bad start to the Rise Of The Third Army storyline but it's a bad time for new readers to jump into these titles. Start with the Green Lantern: Sinestro HC and work your way to the present.