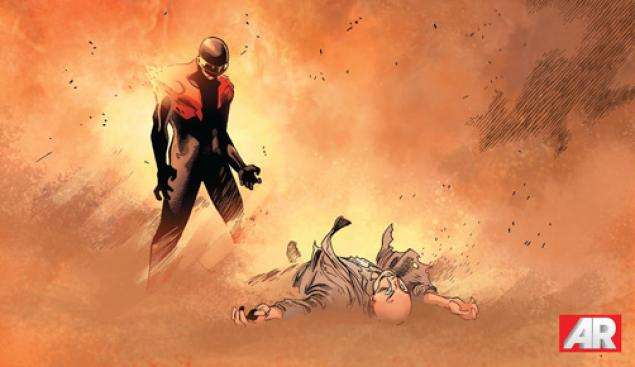 Comics readers were stunned this Wednesday morning as Marvel Comics revealed the latest shocking twist in the Avengers vs. X-Men storyline as Professor Charles Xavier - founder of the X-Men - was killed by his star pupil Scott Summers (a.k.a. Cyclops). However, the most shocking thing about this storyline may be that readers were not stunned by the death itself but by the fact that Professor X was still alive in the first place.

"I thought he died a while ago," said Jamie Alexander, a self-described casual comics reader. "I mostly just read the Wolverine book but I started flipping through AvX in the the store and I was all - woah, Wolverine is running a school now? Where is Professor X? And then I found out that Cyclops was on an island with Magneto and Namor. So I kinda figured Charles was dead. Again."

"Even the guys who read all the X-Men books were stunned," claims comic shop owner Buzz Winthrop. "I haven't read any X-Men books regularly since Joss Whedon was still on Astonishing X-Men and back then Xavier was off in Genosha or something. I did read X-Men Schism when the trade came out and Xavier wasn't in that at all! I just figured he'd died in somewhere and I'd missed it.

"I think this just shows how Marvel Comics is the most thrill-packed comics company in the world," boasted Marvel Comics Chief Creative Officer Joe Quesada. "Those other guys? They might kill a beloved character to try and boost their sales. But us? Only we'd have the guts to kill a guy who everyone thought was dead to try and boost sales! It's a gamble but that's the way we roll, baby!"

Marvel Comics Editor In Chief Axel Alonso has promised a full investigation into whether or not Charles Xavier was already dead and promised a refund of all AvX #11 issues if that should be the case along with the release of a new six-issue Avengers vs. X-Men: X-Humed mini-series detailing Professor X's not-dying.