The origins of Superman are one of the most well-known stories in modern American culture. DC Comics has already told and retold this story several times in the last decade alone (Birthright, Secret Origins, Earth One). Just a year ago, Grant Morrison gave us a picture perfect introduction to everything Superman is in the New 52 universe with the first issue of the new Action Comics. One wonders then - what more needs to be said about how Superman became Superman? What CAN be said that hasn't already been said?

It is, perhaps, in answer to this question that Action Comics #0 breaks away from the standard template we've seen thus far in DC Comics's Zero Month issues. Morrison's focus in this issue is less upon the man himself and more upon the people he touches. More, it is an exploration of the idea of Superman and his greatest power - the power to inspire. 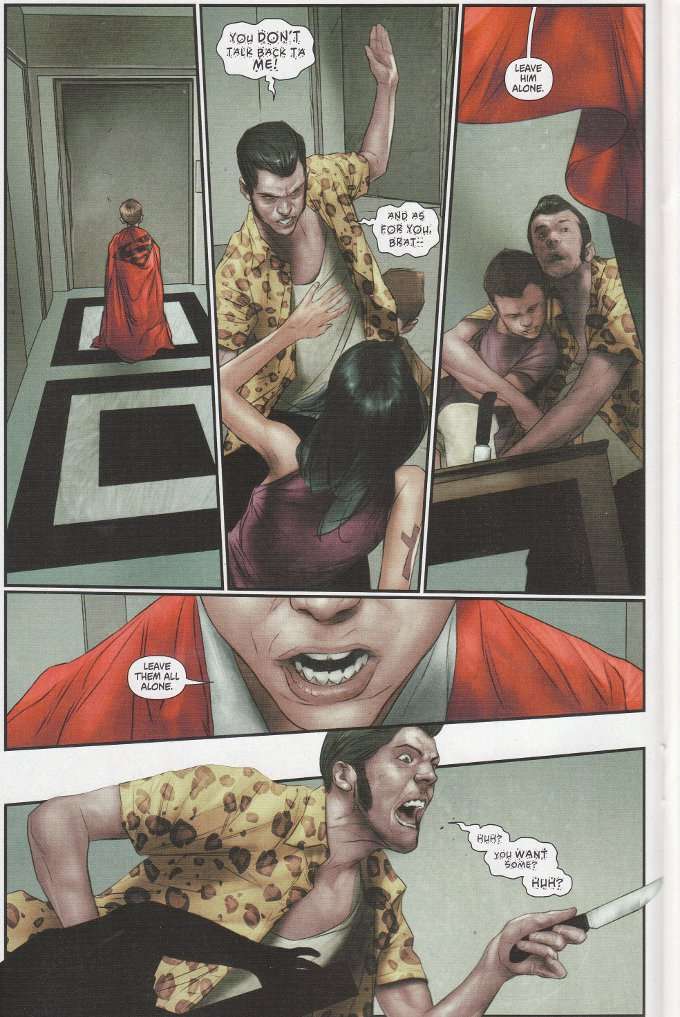 The Boy Who Stole Superman's Cape centers upon a young boy who, having witnessed Superman's first unsuccessful attempt at crime fighting and seen him survive close-range contact with an RPG, steals his cape. Why? Because he has an abusive step-father at home and he knows that cape can protect him and his family.

As with so many Morrison ideas, the conceit is brilliant in its' simplicity - take the conceit of so many children playing superheroes and make it into a practical reality. What comic fan didn't tie a blanket around our shoulders and pretend we could fly while stretched out across a bed or stand up to a hail of gunfire, fists firmly planted on our hips at some point in our childhood? Precious few, I'd think.

Morrison also adds a little polish to his development of the supporting cast. Jimmy Olsen's role as Clark Kent's "pal" (i.e. ex-roommate and only real friend in Metropolis) is expanded upon. Perry White is given a far larger role than I think he's had in the series until now (no surprise as he isn't Clark's boss yet). And Lois Lane - dear Lois Lane, I have missed seeing you be written to be this awesome. 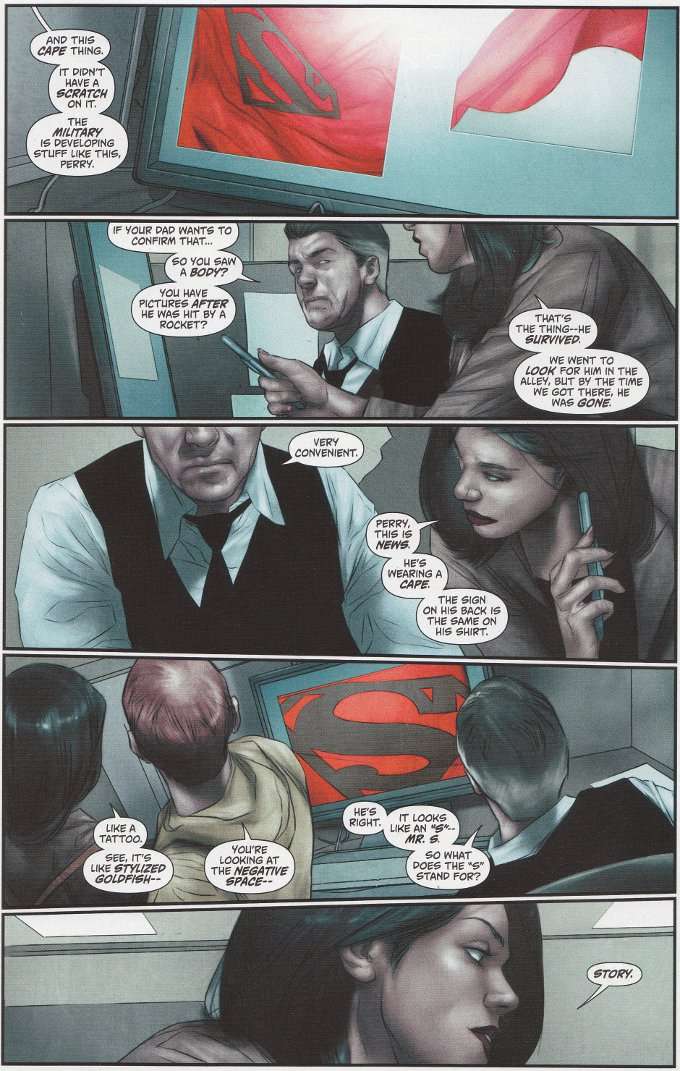 Ben Oliver & Brian Reber - the regular art/coloring team on Batwing - deliver what is easily the best work I've ever seen from their partnership and that is saying something. Oliver's crisp pencils are perfectly painted and brought to life by Reber. Letterer Steve Wands also deserves high praise for his unique method of demonstrating drunken, slurred speech.

If this issue has a downside, it's that the back-up story seems like something of an add-on to the meat of the main part of the issue. Origin of the Species details the creation of this universe's version of Captain Comet. It's not a bad story. Sholly Fisch is as great a storyteller as ever and Cafu's art is grand. There's just little emotional investment in an origin story for a character who is supposed to be a superbeing developed far beyond humanity's ability to comprehend or relate to.

Overall, this is a damn fine comic and a good jumping-on point if you haven't gotten into Action Comics yet. Give it a try. You'll be glad you did.