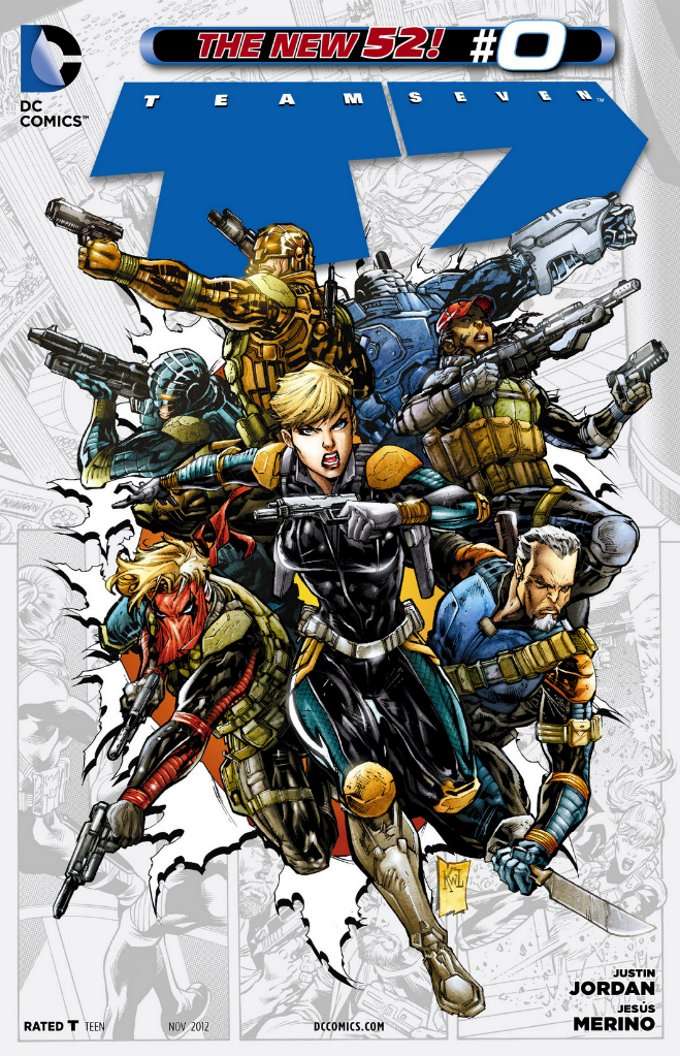 I never read any of the original Team 7 comics. Come to think of it, I've read precious little of the original Wildstorm Comics period. I know enough of the base concept of the original book - an elite US government team formed in response to the appearance of the first superhumans. Eventually, they were experimented upon themselves with several members of the team going insane and/or committing suicide.

Team 7 #0 starts out with this same base concept, as team leader John Lynch speaks to an unseen audience. Lynch speaks of the alien menace that nearly stole a part of Metropolis (as seen in the opening arc of Action Comics) and the failure of the government's Steel Soldier project to deal with the menace. Lynch then describes his dream of an elite team of agents that will be capable of meeting the challenges posed by the apperance of these new super-beings. The rest of the issue shows Lynch's two best agents - infiltration expert Dinah Drake and operations expert Kurt Lance - as they go about recruiting the rest of Lynch's wish list. 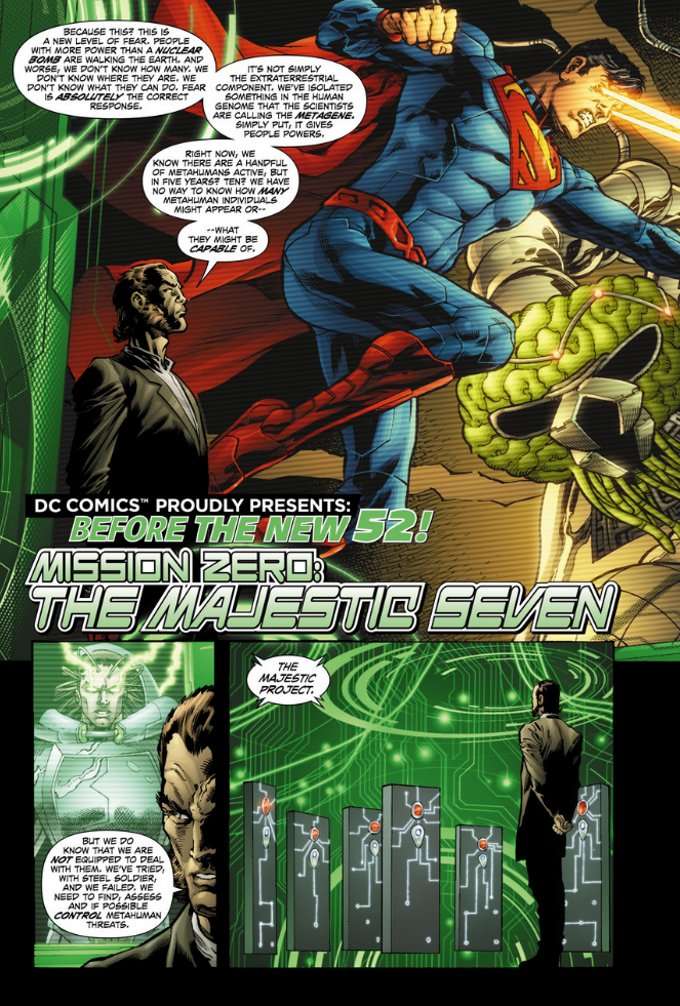 I have to approve of the concept of this book on general principle. One of the biggest problems many readers had with The New 52 universe was the sheer number of covert US government organizations. A book like this exploring how things got to that point was sorely needed and writer Justin Jordan seems prepared to explore not only how the government and military changed in the face of the metahuman threat but also how several key players evolved in the face of that challenge.

Don't think for a second that means this is going to be a dull treatise on how various branches interact! Jordan's script is focused firmly on the action and the set-up for more action. He gets the basic facts of each character's background presented but doesn't spend much time developing their personalities. Granting that's usually not the purpose of a Zero issue and that most of these characters are well-established in the minds of most comic readers, it is somewhat bothersome that we know little about Summer Ramos apart from she's a good pilot and she's apparently crazy. Hopefully there will be deeper development in later issues. 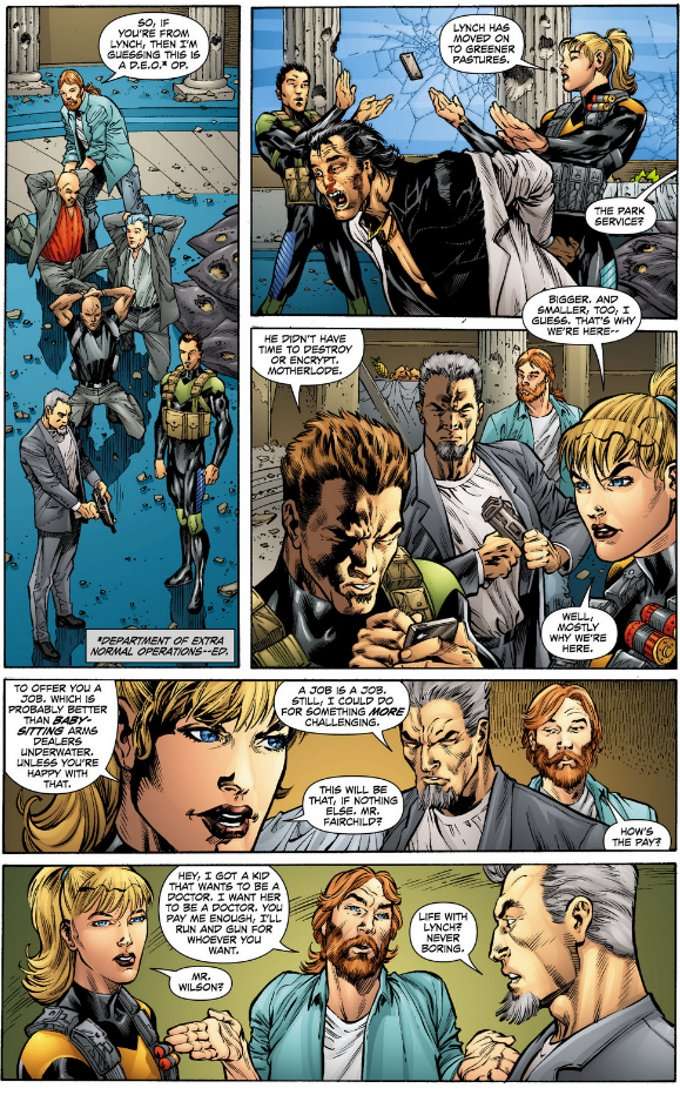 The art by Superman penciler Jesus Merino, with inks by Rob Hunter and Norm Rapmund is well executed throughout. The story is told well, flowing naturally from panel to panel And each character has a clear design, so there is little trouble telling who is who even in the far-shot action scenes.

I'm not sure this is a book I'll be picking up in the future. The general dark tone of people seeing superheroes as something to be afraid of rather than something to be inspired by also doesn't do a lot for me. Still, fans of the original Team 7 book as well as books like the oriiginal Suicide Squad will likely find a lot to enjoy here. This is a solid-looking title, even if it isn't my cup of tea.
Posted by Starman at 4:22 PM