Black Lightning Episode Guide: Season 3, Episode 1 - The Book of the Occupation: Chapter One: Birth Of Blackbird 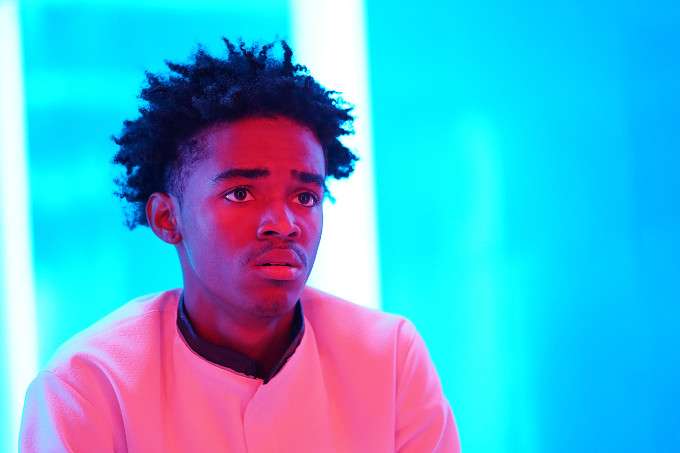 It's been roughly one month since Freeland was placed under martial law and the ASA began separating potential metahumans from their families and locking them up in make-shift facilities. The community is in turmoil and Black Lightning is missing and presumed dead. Thankfully, a new hero has arisen to rescue the captured metahumans and deliver them to safety - Blackbird.

Meanwhile, Jefferson Pierce is in custody as part of a deal to protect his wife and daughters, but Agent Odell is altering the deal, even as Jefferson discovers that his powers seem to be changing as well... and that Tobias Whale is also in the clutches of the ASA.

The facilities used to hold suspected metahuman children and the controversy surrounding their treatment is clearly modeled on the US Government facilities used to cage the children of refugees seeking asylum. Likewise, Blackbird's efforts to sneak metahuman kids and their parents out of Freeland mirror the Underground Railroad.

Given how easily Agent Odell figured out who Black Lightning was and how much authority he has in Freeland now relative to last month, it's a little unbelievable he hasn't figured out Anissa is Blackbird.

Has anyone noticed Jefferson Pierce and Lynn Stewart's disappearance?

The metahuman who attacks the camp for metahuman teens while Reverend Hold and Anissa are touring it was named Ned Creegan, but he refers to himself as the Cyclotronic Man. He is said to have the power to disintegrate things but is also seen making protective shields of ionized air. He is killed by Commander Carson Williams.

In the comics, Ned Creegan was a career criminal who gained powers after being exposed to radioactive material. First appearing in Batman #195 in 1967, Creegan had the ability to release blasts of focused energy, both electrical, magnetic and radioactive but could also create force fields. He was also able to disintegrate objects by accelerating the radiation around them and hastening their decay. Creegan used many villain names, including Bag O'Bones, The Cyclotronic Man and One Man Meltdown. He died in a battle with Batman and the Outsiders.

Anissa's new apartment also has a hidden lair behind her closet, which is revealed by Anissa saying the phrase "Mirror Mirror."

Gambi also made a cloaking device for Jennifer that allows her to look like someone else. When Jennifer sneaks out wearing the device, she makes herself look like an Asian teenage girl.

(Lynn and Jeff are getting romantic. Suddenly, they notice Agent Odell sitting on the far side of the room from them.)
Agent Odell: Sorry to interrupt.
Jefferson: What the hell is your problem?
Agent Odell: There was a Markovian attack on one of our facilities today. They sent in a strike team and a meta to try to take the children.
Jefferson: Well, sounds like a personal problem to me.
Agent Odell: Not really, Mr. Pierce. There is a clear and present Markovian threat, and until that is eliminated, we cannot allow you to leave. Or you, Dr. Stewart.
Lynn: What?
Jefferson: Whoa, law, you don't get to say a damn thing about what my wife can do.
Agent Odell: The only person more valuable than Black Lightning at this point in time is your wife. They already have Dr. Jace. So consider this protective custody for your good and the greater good of the country.
Jefferson: Agent Odell, now I only came here because we agreed that my girls, my wife, would be left alone.
Agent Odell: And you made the best decision for you and your family.
Jefferson: Yeah, well, my patience is running thin. Believe me, you don't want to see me when I lose my patience.
Agent Odell: I would like to see that. Just not now.

(Agent Odell enters into Issa Williams' cell. Issa looks up from the video game he's playing and the take-out he's eating.)
Issa: You're gonna kill me.
Agent Odell: So you can read minds now?
Issa: No. Snakes bite.
Agent Odell: (nodding) A lot of wisdom for a kid like you.
Issa: I stopped being a kid as soon as I got these powers.
Agent Odell: Wish I had a choice. Your powers are simple but devastating. And the truth is so rare. And so dangerous.
(Agent Odell shakes his head and stands to leave. Issa is confused.)
Issa: I thought you came to kill me?
Agent Odell: I did.
(Issa looks down at the food he's been eating and freezes up in realization.)

One of the imprisoned metahuman teens is Maryam Luqman - a black Muslim who developed the power to blend into any environment and go unnoticed. She developed powers after some of the kids at her school put Green Light into her food and was kicked out of school for using drugs before the truth could be revealed.

Another one of the imprisoned people is Devonte Jones, who denies having any superpowers. He does, however, have Type II Diabetes and hypertension.

Jefferson's birthday is September 12, 1974. In Western astrology, this makes him a Virgo. People born on September 12 are said to be reserved and sensitive, preferring to avoid the spotlight. They also strive to establish stability and go out of their way to give to those who have less. This seems an accurate assessment of Jefferson's character.

The pod children are said to have escaped 37 days earlier. Most of them have not been recovered.

The facility holding the meta-teens in Freeland is keeping the kids in cages. Anissa and Reverend Holt are allowed to tour the facility to make sure the kids are being treated properly. Unfortunately, there is little they can do as the facility is following the law to the letter.

A metahuman formerly employed as a soldier by the ASA attacks the holding facility while Anissa and Reverend Holt are touring it. He says his name is Ned Creegan but he calls himself Cyclotronic. He is killed by Commander Williams.

Commander Carson Williams is the leader of the ASA forces in Freeland. He is also a metahuman, with the power to copy the abilities of any metahuman in his immediate vicinity. He has a condition like sickle cell anemia unique to metahumans and requires a special serum only the ASA has to stay healthy.

Deputy Chief Henderson refuses to act as the mouth-piece for the ASA and make it look like the cops are supporting them. He then takes a swing at Commander Williams and is beaten up for his trouble.

Jefferson made a deal with Agent Odell that he would be taken into custody and let the ASA test him for 31 days provided his wife and daughters were left alone. Now Lynn is being into taken custody along with him and he isn't being release. As a show of good faith, however, Agent Odell does deactivate the power inhibitor collar Jefferson was forced to wear.

An 8:30 PM curfew is imposed on Freeland.

Gambi is assisting Anissa in leading a resistance against the ASA in Freeland and is trying to find a hole in the fence they established around the city that can detect metahumans trying to get out.

Reverend Holt is part of the resistance and is housing the rogue metahumans and their families in his church.

Gambi finds video and audio footage of two ASA agents who were killed and eaten by a metahuman who changed into a Leopard. Anissa dentifies the metahuman as Grace.

Anissa sleeps with Jamillah Olsen, a reporter for Clap Back News.

Jamillah interviews Reverend Holt about the situation in Freeland and Blackbird.

Jennifer has been sneaking out using a cloaking device Gambi made for her, just to hang out in public and do normal teenager things.

Jennifer tells Anissa that it physically hurts her not to unleash the power in her body and she was also sneaking out to vent. She says she can also feel her power level growing.

Jefferson has developed a form of X-Ray vision that allows him to see things based on the electrical impulses they generate. Using this he discovers that Tobias Whale and Issa Williams (aka Body Bag Boy) are being held on the floor below him.

Tobias Whale is visibly older. Without the serum from The 100 to keep him young, old age is catching up with him.

Agent Odell uses Issa to learn the location of the briefcase from Tobias Whale.

Tobias reveals that Agent Odell's agenda in Freeland is to capture and recruit all the metahumans on behalf of the US government. He also reveals that Martin Proctor wasn't a rogue ASA agent - he was always intended to be a scapegoat for Agent Odell's plan.

Agent Odell kills Issa because he knows too much. Lynn is allowed to examine the body.

Jennifer and Gambi decide to wait a day to see if they hear from Anissa before making a move.

It's a bold choice opening the season with our title character imprisoned and it works about as well here as it did when Arrow did it last year, i.e. Not At All. The series' story changed to make a statement about recent political events in the United States and its all a bit hamfisted, with most of the episode's action devoted to a villain who is killed instantly and our heroes stuck on the sidelines doing nothing. Not a great start, all in all.
Posted by Starman at 3:55 PM