There's a lot of reasons for it but the chief one is that it was Her birthday and, as such, the day reminds me of Her.

The one who - prophetically - said She was the Rose Tyler to my Doctor long before anyone would know how tragic a comparison that would be. 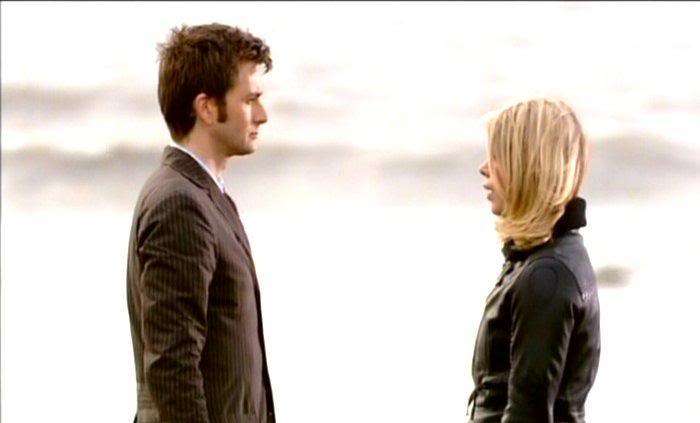 This year it's hitting me harder than usual because of the burglary.

I don't care about most of what was taken.  It's just stuff and stuff can be replaced.  But to carry some of it out, they took a backpack.  And though they left behind the books I had in that backpack, there was one thing they didn't leave behind.  A little black bag with a little blue bag inside it that held all of the dice I use in my gaming.

The blue bag was velvet.  Part of a collection of random things She sent me during our first Christmas together as boyfriend and girlfriend.  She had just moved back in with Her parents to start going through chemotherapy for the bone cancer She'd been diagnosed with.  It was meant to hold wine bottles but I didn't drink wine, so I used it to hold my gamer dice.

Even after the break-up, I still kept my dice in that bag.  Even after it started sprouting holes, I used it.  And when my friends made me a new dice bag, I put Her bag inside of it.  I never let go of it because She had held it once.  In a weird way I thought of it as a token, like a sash or a scarf a lady might give her champion as a symbol of her love.

One more lost bit of the past.  One more reminder of the future that could never be.

I'm not one to wallow in the past or get maudlin.  But this break-in  - so close to Her day - couldn't help but remind me of another day.  Another burglary.  And the day when the ring I'd bought to give Her when next we met in person was taken.

One more lost bit of the past.  One more reminder of the future that could never be.

Now, there is no Her.  There is no Us.  And I doubt She'd recognize the Me I am now.

But I still love Her.  And I always will.


Happy Birthday, Sierra Thomas.  Wherever you are.  I think you’re going to have a great year.

I thank you all for letting me take this space to vent.  I promise I'll have some happier things about comics or TV shows to say the next time I write here.