Doctor Who, 2013 Christmas Special - The Time Of The Doctor

Excellent.  Matt Smith is given a worthy send-off and Steven Moffat manages to tidy up all the loose ends regarding The Eleventh Doctor's era.  Pity Jenna Coleman is given so little to do and so much of the action occurs off-camera.  Then again, this is very much Matt Smith's show.  And it is a good one. 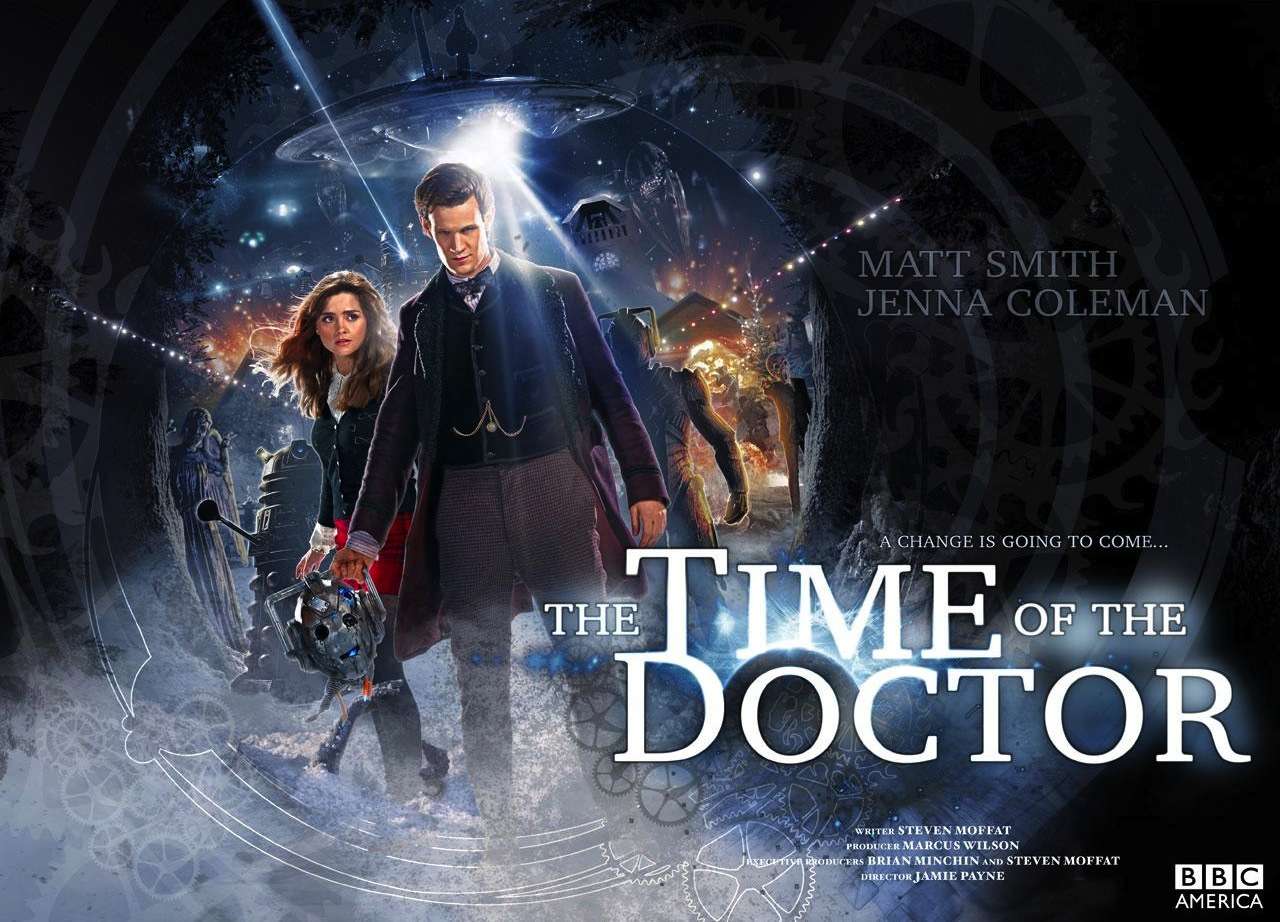 A mysterious message broadcast across all of time and space brings about the gathering of the worst beings the universe has to offer around a mysterious planet.  Weeping Angels.  Sontarans.  Cybermen.  Even The Daleks!  And The Doctor, of course, because The Doctor always turns up wherever trouble is brewing.  Taking just enough time to snatch Clara away from an increasingly awkward Christmas dinner, The Doctor is soon on his way to the source of the signal - a crack in the wall of a bell-tower in a town called Christmas where no one can tell a lie.  The Doctor quickly learns the source of the message as well as the name of the mystery planet.  Trenzalore.  The planet where he is destined to fight his final battle!

* Like Peter Davison, Matt Smith may have delivered his greatest performance as The Doctor in his final episode.  Simply put, Matt Smith nails every aspect of The Doctor's personality here.  I've never been the biggest fan of Smith's take on The Doctor but even I'm going to miss him after this episode.

* Steven Moffat's scripts can be hit or miss at times.  This one was definitely a hit.  As near as I can tell based on one viewing, every single plot thread involving The Siege of Trenzalore and all the prophecies regarding the Eleventh Doctor have been resolved.  Fans may debate how much of this The Grand Moff had planned in advance but I think everything - even the mystery of Gallifrey from the 50th Anniversary special - is addressed.  And yes Virginia, they figure out a way to give The Doctor a whole new regeneration cycle without any hand-waving or jiggery-pokerey.  It's all there in the Classic Series, clear as crystal.

* The story itself is a truly fitting end to The Eleventh Doctor's story.  Smith's Doctor took great joy in the lives of ordinary people, loved children and dreamed about what it would be like for him to have an ordinary life with a real job somewhere.  How fitting then that he should finally - in a way - be granted that wish as he becomes the protector of Christmas.

* There's a lot of death and rebirth imagery throughout the episode and its very powerful symbolically.  I won't go into all of it here but there's a thesis paper out there for the Anglophile willing to compare/contrast this episode, Terry Pratchett's Hogfather and the wholesale mythology of Father Christmas and Odin.

* Granting that her actions save the day, Jenna Coleman isn't really given much to do.  She's great with what she does get but it seems like she's barely in the episode.

* It's rather depressing - after what we saw of Clara's childhood and upbringing and how amazing her parents were in The Rings of Akhaten - to see her family reduced to sitcom fodder here.  Who the heck is the woman haranguing Clara about not having a boyfriend, anyway?  Step-mother?  I don't think they ever said.

* Grand as it is, Moffat does violate the "show, don't tell" rule regarding television and we are told about The Doctor's grand battles against all of his enemies without being shown much of them.  We see a bit but we might have seen more.

* Likewise, while I'm always glad to see more of Karen Gillan (minds out of the gutter, people!), it does seem kinda insulting to Clara that The Doctor drifts off thinking about The Girl Who Waited as his final thought without then turning to The Impossible Girl and the last face this face will see.

A fitting Christmas special and a fitting end to The Eleventh Hour.  Goodbye, Raggedy Man.