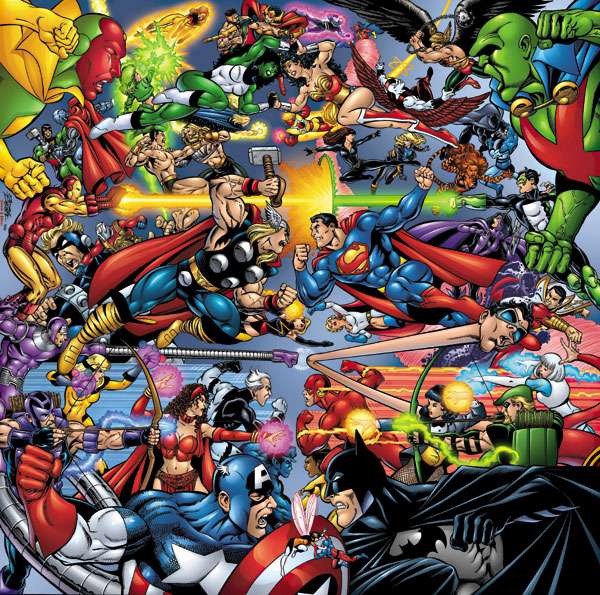 Let me say all of this in order.

1. As a fan of Hourman, I'm actually glad to see that a lesser-known hero is being given a chance to headline a major show - particularly one who, as of right now, has yet to show up in The New 52 Universe.

2. I think the logic behind Warner Bros.choosing Hourman is entirely due to two concerns.  First, that a superhero show based around a hero whose powers are precognition and super-strength will not break the bank in terms of special effects and second, that there is far less baggage to deal with in adapting a superhero without a major following.

3. I do like the idea of a Daredevil TV series.  Legal drama.  Superhero stories.  Inspiring stories of overcoming a handicap.  Lots of angles to work with.  If they can get a Black Widow team-up for one episode, so much the better.

4. Yes, your jokes about Marvel getting a Jessica Jones series made before Wonder Woman got a new TV show are very funny.  Too bad the average American has no idea who Jessica Jones is and any attempts to explain Alias to them will probably result in confusion regarding Jennifer Garner and Elektra.

5. Also, as a feminist, I'm bothered that out of all the female characters Marvel could build a series around, they chose one whose background is dependent on a rape and who is best known as another superhero's wife.

6. Luke Cage and Iron Fist should have a show together.  They've always been more interesting as a team.

7. Granting that it's almost certainly born entirely of the current craze for zombies and procedural dramas, I'm still the most excited and hopeful about iZombie out of all of these simply because the creative team behind Veronica Mars is attached to it.

8. For that matter, the fact that iZombie is the only one of these shows to have a definitive creative team attached to it speaks volumes.  Everything else is just hearsay at this point.

9. Regardless of whether you are a Marvel Zombie or prefer the Distinguished Competition, we should all agree that anything that encourages interest in the reading of comics - and indeed reading in general - benefits us all.
Posted by Starman at 9:48 PM