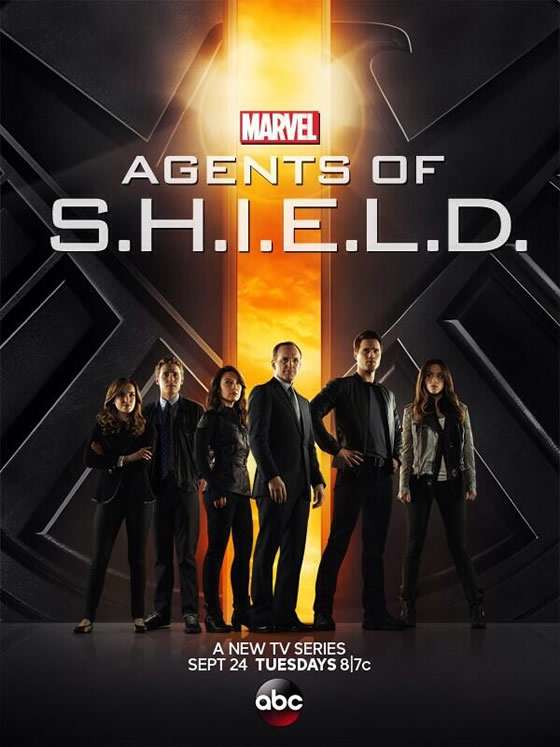 Perhaps the most highly-anticipated new television series of the year, Agents of SHIELD has a lot going for it apart from a massive Internet hype machine and thousands upon thousands of Marvel Comics lovers and Joss Whedon fans just itching for more after The Avengers.  With a writing team that includes Whedon's co-creators on Doctor Horrible's Sing Along Blog and a cast headed by Clark Gregg as a not-yet-dead Agent Phil Coulson, hopes are high for the new series.  However, that optimism is tempered by the fact that sci-fi shows rarely do well on the major networks and that apart from Gregg, most of the cast is largely untested in this sort of program.

Thankfully, this pilot episode largely justifies the fans' optimism.  Unsurprisingly, the writing is smart.  The groundwork is already being laid for a complex mythology utilizing previously established pieces of the Marvel Cinematic Universe (there's a direct reference to the plot of Iron Man 3) as well as the original comics.  Several mysteries have also been set up, including how Agent Coulson is still vertical and just why his doctor (played by Ron Glass in a brilliant cameo role) and Agent Maria Hill seem to know some secret about his lucky escape that must be kept hidden from him.

The rest of the core cast are made up of a collection of  the same quick-witted geniuses with an every-ready quip on their lips that populate every world created by Joss Whedon.  Therein lays the biggest problem with the show so far- familiarity.  There's nothing to truly distinguish any of the cast apart from Coulson from the same character types most of us have come to know and love in Joss Whedon's other work.  Hopefully that will improve as the show progresses but so far we know little about our core cast besides some broad archetypes.

That being said, while the general concept of the show is reminiscent of several other TV series based around secret groups working to protect the populace from general weirdness, the writing so far is unique enough to keep this from being Joss Whedon's Warehouse 13 or Marvel Comics Presents Fringe or even Stan Lee's Torchwood.  It will be worth watching if only to see how they develop it from here.  I don't think this show is quite the revolution fans hoped it would be.  It is, however, a good start to what could be a great series.