Only Human - Why Man Of Steel Divided A Fandom

NOTICE: In case the title doesn't make it obvious, this article will contain spoilers for the movie Man of Steel as well as several classic Superman comics.  Do not read any further if you have not seen the movie.

Also, A Special Thanks To David Tai for being my sounding board. 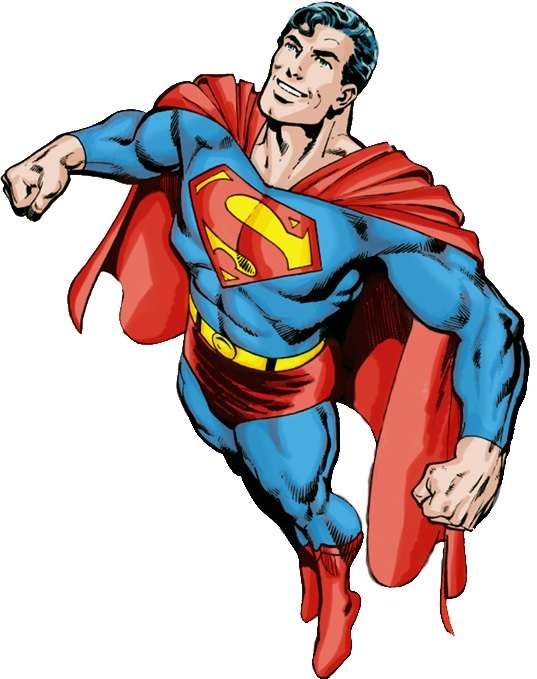 It's been one week since Man of Steel was released in the United States and tempers are still burning bright.  There are many things about the movie that angered Superman purists but nothing more than the climactic final battle where Superman snaps the neck of General Zod.  The fact that this was done to save the lives of a family after Zod said he wouldn't rest until he'd killed everyone on Earth and that Superman showed immediate remorse for the action didn't matter to these Super-fans.  Superman doesn't kill.  Period.  He always finds a better way.  That's the rule, clear as crystal.

I understand that viewpoint.  Certainly there's plenty of textual evidence for that view of Superman.

* Kingdom Come - one of the greatest comics ever, in my mind - was built around an ideological war between "the man who would kill" and "the man who wouldn't".  A new hero called Magog was the former with Superman being the later.

* What's So Funny About Truth, Justice And The American Way? pits Superman against The Elite - a quartet of reckless young superheroes who have no qualms about killing.  In the end, Superman proves that his moral code does not make him weak as he wins a duel against The Elite without resorting to lethal force.

* Whatever Happened To The Man Of Tomorrow had Superman willingly exposing himself to Gold Kryptonite - the kind which permanently removes a Kryptonian's superpowers - after he was forced to kill Mr. Mxyzptlk in order to save all of reality.  Why?  The panel below says it all. 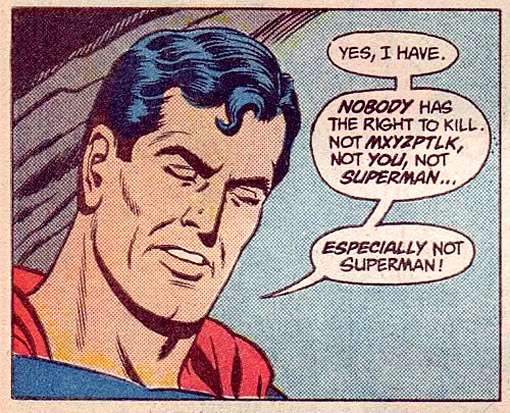 This point of view is so deeply entrenched in the oeuvre of DC Comics that a goodly number of twisted alternate realities and dark futures came about directly because of Superman deciding that any act - including killing - was acceptable in the name of saving lives.  To name a few examples, there's the 'Brave New Metropolis' episode of Superman: The Animated Series, the 'A Better World' episodes of Justice League and the recent hit video game Injustice: Gods Among Us.  That would seem pretty cut and dry except there are also many examples of Superman killing that are just as much a part of canon as these previous examples

* Superman killed Doomsday before his own apparent death in The Death of Superman.

* In Final Crisis, Superman destroys the essence of the god of evil, Darkseid, by singing a song of hope that counters the vibrational frequency of Darkseid's life force.

* Superman killed multiple alien invaders in Secret Origins - the three-part pilot episode that opened the Justice League animated series (Go to 6:51 on this video if you don't believe me).

* Superman also ensured the death of General Zod and two other murderous Kryptonians in the Superman comics of John Byrne. 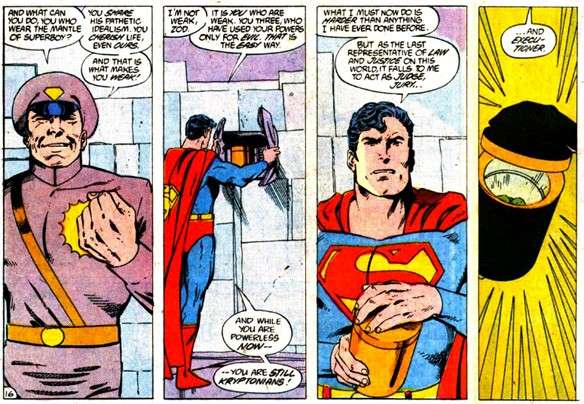 Heck, depending on how you define "Life" Superman may be a killer hundreds of times over.  Do sentient machines count as life?  Superman seems to think to given his treatment of The Red Tornado in the classic Justice League of America comics and Tomorrow Woman from Grant Morrison's JLA run.  So how do you justify every time he's ripped apart Brainiac or Amazo over the years?

Ultimately, this sort of nit-picking is pointless.  This goes beyond comics to a serious philosophical and spiritual truth - is it just to take a life in order to save another?  Examples can be given to justify both sides of the argument as valid and the history of Superman is such that both sides have a good case purely on a textual level.  And any examples given will be countered by people insisting that the other examples don't count for one reason or another.  And that's fine!  There's room for both of us in the fandom!  Some people want Superman to be the perfect example for all humanity to follow.  Others prefer to allow Superman the same latitude for lethal force as a police officer.

I fall into the later group, personally.  I don't have any problem with the idea of Superman killing for the same reason I don't have a problem with a soldier killing in the line of duty.  It's unfortunate and regrettable and it should always be the last resort but sometimes it is necessary.  I also recognize that there is a world of difference between killing and murdering.  Now, if Superman had ever committed premeditated murder, I'd object to it strongly.  But in that moment, Clark is forced into the role of a soldier and sometimes a soldier must kill to save lives. What I find fascinating is that this outcry has erupted over Superman and Man of Steel in a degree that I don't recall for any other superhero movie in recent memory.  Batman is just as well known for having a personal code against killing as Superman.  Indeed, depending on the era, Batman's code against killing may be even stricter than Superman's!  Yet I don't recall anyone making as much of a fuss over the ending of The Dark Knight, where Batman is forced to kill Harvey Dent in order to save the life of Jim Gordon's son.  And I didn't hear anyone use the phrase "disaster porn" to describe the collateral damage The Avengers caused by taking the fight to Loki's alien army in the middle of Manhattan while numerous people cried foul over Superman's battling Zod in the middle of Metropolis.

I've been thinking about why this is so over the past week because I think it's something deeper than Superman being the first superhero and, as such, the one who should set the standard for all other heroes to approach.  I think it's because of the grand irony behind who Superman is as a character and all the roles he is meant to fulfill.

Simply put, Superman is meant to be simultaneously more than human and more human than human.  He has to look and act like one of us while simultaneously being an alien outsider.  To quote Batman (through the pen of Jeph Loeb in Superman/Batman #3) "It is a remarkable dichotomy. In many ways, Clark is the most human of us all. Then ... he shoots fire from the skies, and it is difficult not to think of him as a god. And how fortunate we all are that it does not occur to him."

I think that may be the key for some of Man of Steel's detractors.  I think some people want Superman to be a perfect god watching over them - not a flawed man with powers that set him above and apart the common man.  And there lies the grand irony.  We want Superman to be the most human of us all - compassionate, brave, noble, sacrificing - and yet we deny him that most human of traits. Imperfection.

How many sayings and songs are based around the idea of humanity being inherently imperfect?  "To err is human."  “To be human is to be beautifully flawed."  "I'm only human/ Of flesh and blood I'm made / Human / Born to make mistakes."  I could go on but that's ultimately one more debate that's far outside the scope of one column. 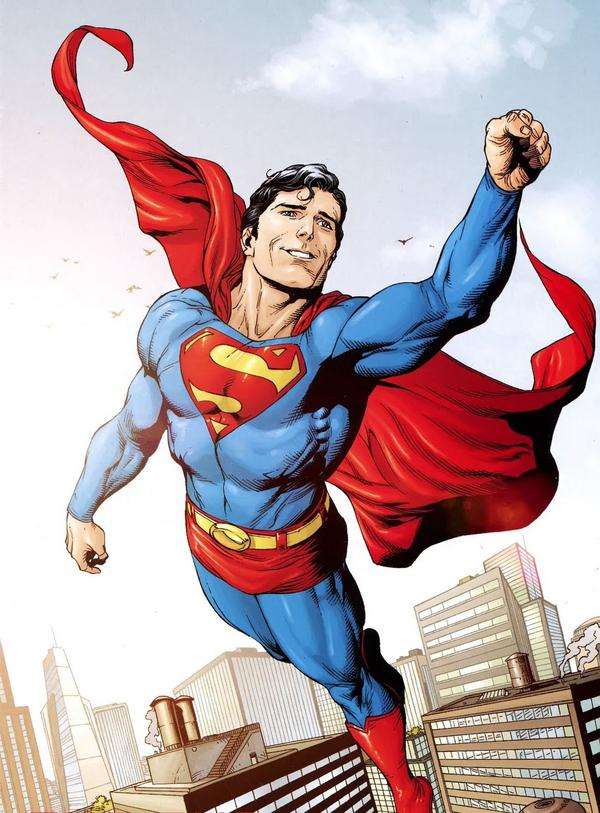 One final thought: Man of Steel succeeds in showing us a Superman who is, in that sense, very human.  He clearly has a hard time during the battle scenes.  And why shouldn't he?  He's a farm boy with no combat training facing down an army of genetically engineered soldiers that were groomed for combat since before birth.  Even though he has a better grasp of how to use his powers, it's still a tentative thing as he never really explored the limits of what he could do.  I personally found that to be interesting and I think it addressed the repeated complaints that Superman is too perfect, too boring and that he never has to work for a victory.

I think that's why this movie was called Man of Steel instead of Last Son of Krypton.  Steel doesn't occur naturally.  It has to be forged - put to the fire and shaped.  Clark Kent can't become The Man of Steel without facing the heat and a beating, so to speak.

Some people say Superman should be perfect and perhaps they're right.  Perhaps this take on Superman has come too close to the Earth he's meant to soar over.  I do think there's one thing we can all agree on, though.  This debate - and all the little debates within that larger debate - are encouraging people to talk about Superman and comics and philosophy.  More, they're actually thinking about these characters and these questions.  And for a librarian who loves the comics medium, Superman and people using their minds, even if I disagree with what they think and what they say, that is a good thing.
Posted by Starman at 4:44 PM