One Night In Austin, At The Dragon's Lair, With Marian Call & The Doubleclicks.

Recently, Jessica Mills (of Awkward Embraces fame and the upcoming web-series The N00b Chronicles) invited me to join her for a concert in Austin.  Of course I welcomed any excuse that would finally give me a chance to meet Jessica face-to-face after our conversations on-line.  Still, my day-trip away from Dallas would prove to be enjoyable for many reasons.

I'd been to The Dragon's Lair Comics And Fantasy in Austin before a few years ago, when Felicia Day was hosting a fan-meet.  I was surprised to see it named as the site of a concert, remembering that while it was a good size for a comic book and games shop it wasn't someplace I could see a band setting up.  A glance at the map also revealed that this store was in an area I wasn't familiar with.  I found out later that The Dragon's Lair had recently moved to a new location.  And what a location it is! 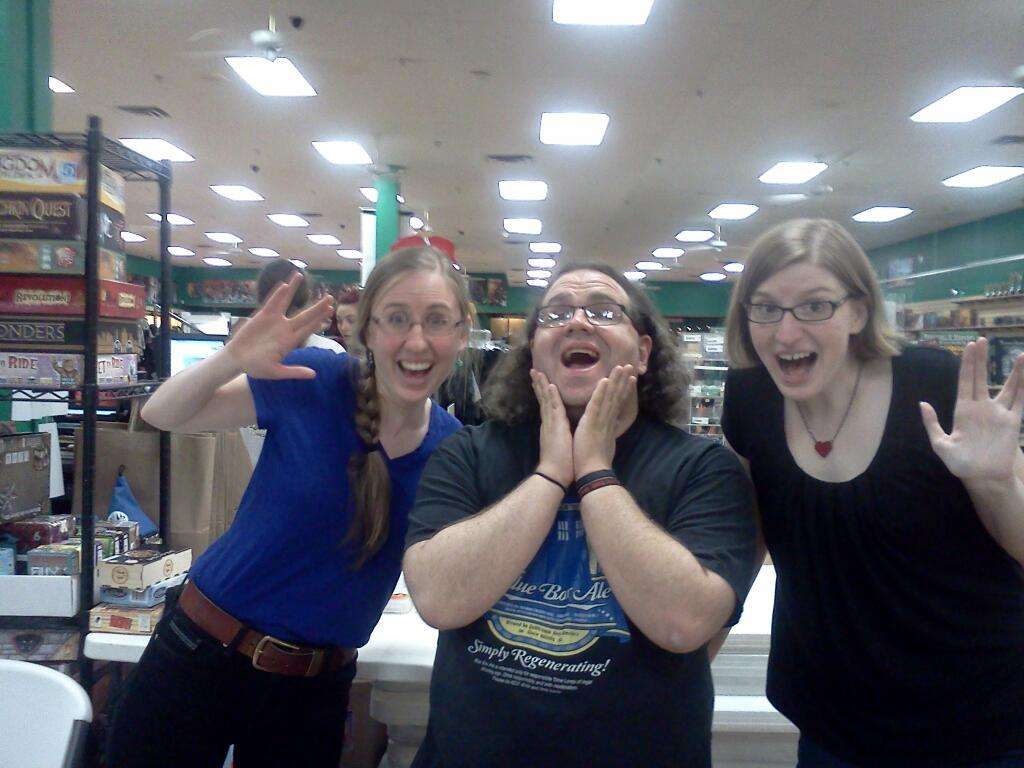 Me & The Doubleclicks, in the back gaming area of The Dragon's Lair.


If Valhalla had a comic book and games store, it might look something like the new Dragon's Lair.  Lain out in elegant wood paneling throughout, the entire store is evenly divided with a rough split along the Y-axis separating the comic books and games areas.  The various departments are laid out clearly and evenly, with separate check-out counters devoted towards card games and dice in addition to the main checkout counter at the front.  There's a number of displays in the middle of the store devoted toward certain specific interests that overlap both areas, like Doctor Who and Star Trek.  There's even a section devoted towards cosplay, selling make-up and licensed costume pieces like Star Trek uniforms!

What surprised me most about the store besides its' opulence was how free they are in allowing you to sample their wares.  The store has a number of demo copies of various games available and plenty of table space for those who wish to try a game out - a welcome option for those of us who must put some serious thought into laying out dozens of dollars for the latest Fantasy Flight release!  There's also a graphic novel lending program, which made this librarian happy.  A shame I'd already read everything that was available for borrowing while I was killing time until the concert.

Perhaps the most impressive aspect of the store was its' three large gaming areas, including one private room.  It was the rearmost of these gaming areas that was cleared to make room for the evening's performers - singer Marian Call and a duo called The Doubleclicks.  The two teams performed for roughly half an hour each before a brief intermission and then another half-hour each of performing.

The Doubleclicks are made up of Aubrey and Angela - two sisters from Portland, Oregon.  Performing on both the cello and the guitar, their songs reminded me of The Moldy Peaches and the songs of Bruce McCulloch.  There's a lot of geeky references and absurdity, yes, but there's also an underlying sweetness to their work.  The one exception to this was a ballad of sorts mocking the idea of "fake geek girls", which brought a number of cheers from the audience.  The two also have a project where they're taking pictures of geek girls at their shows, holding up signs talking about the nerd cred they do not have to prove.  Samples from their albums, including their kid's album (there's that sweetness I was talking about) are available on their website and YouTube channel. 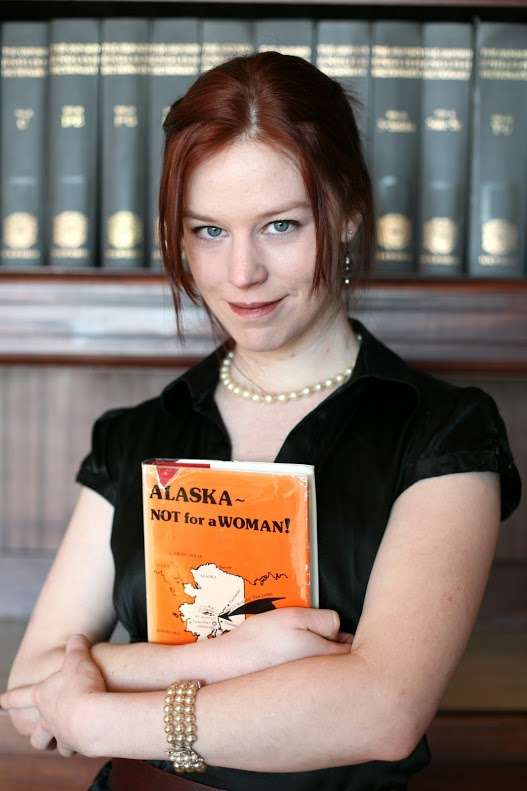 Photo of Marian Call by Brian Adams, http://baphotos.com.
An Alaska native with a voice made for torch songs, Marian Call defies easy classification into a single musical genre.  Even ignoring her penchant for accompanying herself on the typewriter (one of the most underrated of percussion instruments), her songs could easily fall into several categories.  Be it jazz, folk, punk or funk, the only common theme to Call's work is her wry humor and her powerful pipes.

Her most popular pieces of the night were probably her songs inspired by the show Firefly (Austin is a Browncoat town), including It's Good to Have Jayne on Your Side and Vera Flew the Coop.  However, my personal favorite song of the evening was a number from her most recent album called Free Bird.  No relation to Skynrd, of course.  Reportedly based on every touchy-feely guy at a bar who won't take no for an answer, I can't help but think the tune would be a wonderful theme song for Black Canary.
Samples of Marian's work as well as direct digital downloads are available through her website.

All in all it was a damn fun evening.  Hopefully the next time I'm in Austin I'll have a bit more free cash to throw on the dragon's hoard.  And hopefully Marian Call and The Doubleclicks will perform a little closer to home someday so I can easily drag all my Dallas friends to see them.
Posted by Starman at 11:47 PM