And now, a moment of silence in memorial for Andy Diggle's one-issue run on Action Comics and what might have been. 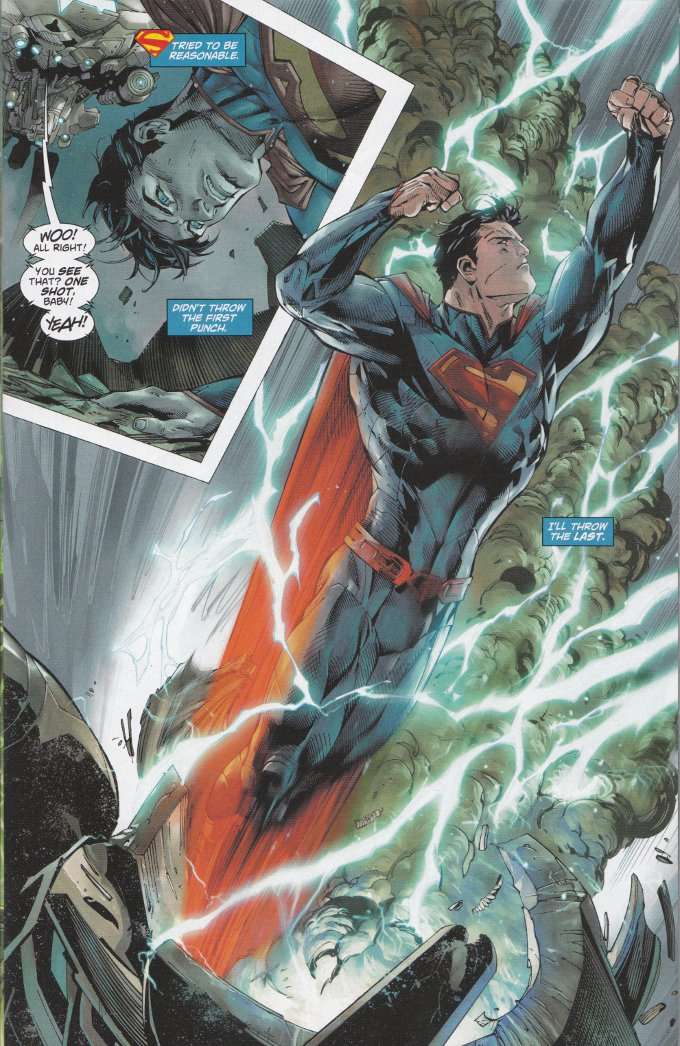 This was it.  This was everything we'd hoped for in a Superman comic in the New 52.  This issue was everything a Superman comic SHOULD be.  Not to disparage Grant Morrison's work on this title or disavow every positive thing I've said about it before, but having read this issue I see now the problem with Morrison's run that I sensed but could not put words to before.  Morrison's Action Comics was not about Superman as a character - it was about the world of Superman and what Superman represents.  Was it worth reading?  Absolutely!  Was it about Superman?  Not really. 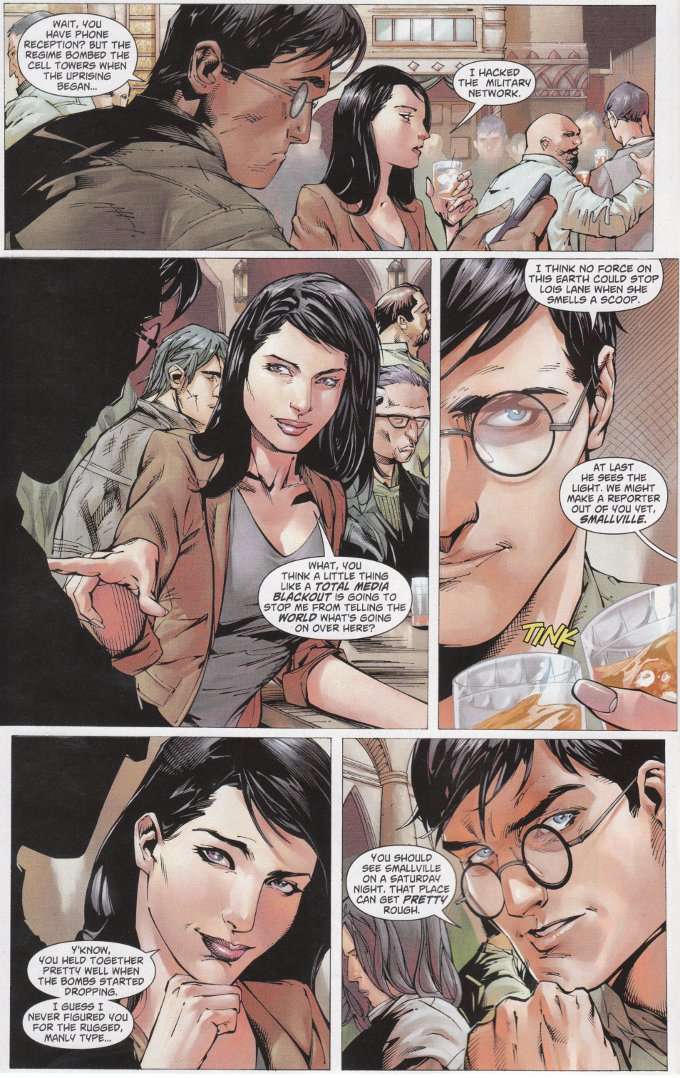 Diggle focuses upon the characters as characters and reveals everything you need to know about them in the span of a few pages.  Lois Lane is outspoken and tough as nails without seeming shrewish.  She may rib on "Smallville" but you still see the respect she has for Clark Kent.  Lex Luthor is appropriately diabolic - the sort of man who keeps a psychiatrist hostage to analyze him for any mental weaknesses, only to argue her diagnosis.  Diggle also explores how Luthor is Superman's totally opposite in the respect that both men perceive the problems with the world and wish to save it but Luthor's ends are not the same as Clark Kent's.  And Superman?  He is summed up as neatly as I've seen anywhere as a man who hates bullies and won't start a fight but will damn well finish it if he must. 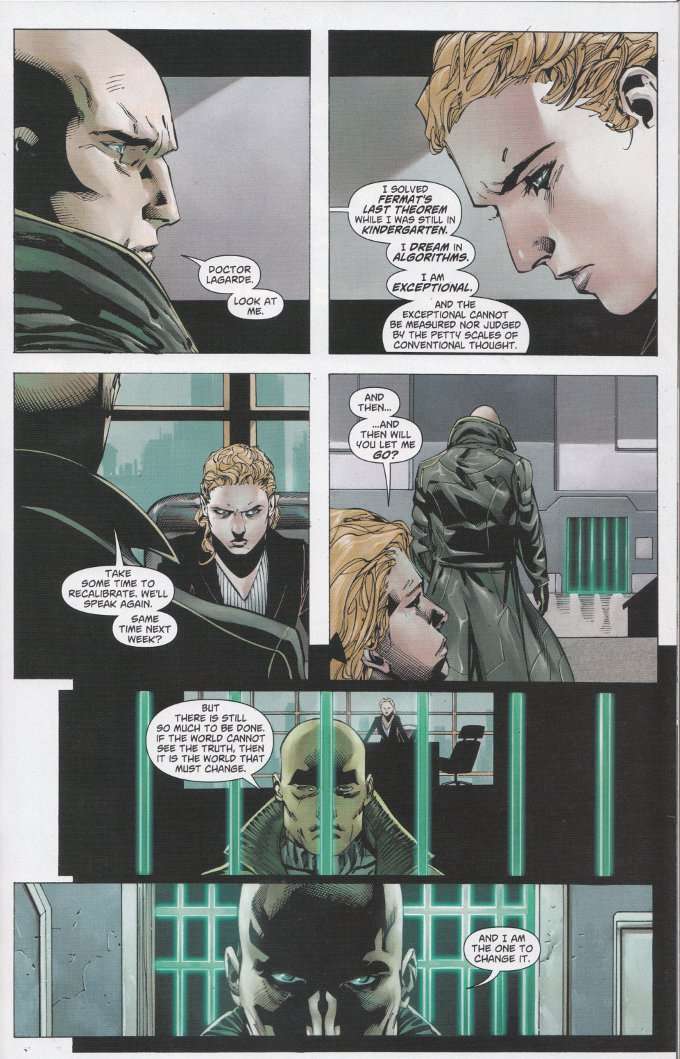 Tony Daniel's artwork is as skillful as ever.  Reports say that he'll be handling the writing on this book as well, finishing the scripts based on Diggle's plots.  I wasn't a big fan of Daniel's Detective Comics run but I think I'll give this series one more issue to see if it can hold my interest.  As it is, this issue is well worth your time and money.
Posted by Starman at 11:51 PM