I'd like to say that World's Finest #10 continues the trend of this series standing on its' own merits but I can't.  The sad truth is that for the second month in a row the on-going storyline treads water and nothing much happens.  Writer Paul Levitz deserves credit for doing the best he can with what seems like an editorially-mandated tie-in to recent events in the Batman family of  books.  Still, one can't help but shake the feeling that we're waiting for the go-ahead in other titles before this one is allowed to progress. 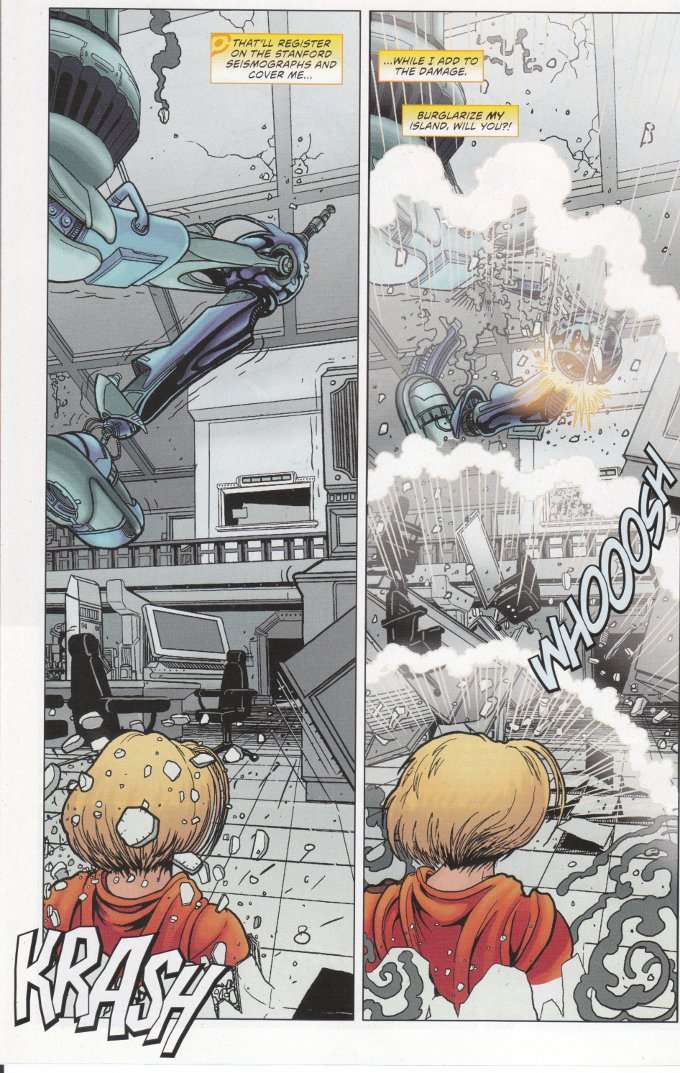 This issue sees Karen Starr (a.k.a. Power Girl) and Helena Wayne (a.k.a. Huntress) continuing to investigate why billionaire industrialist Michael Holt seems to have taken a sudden interest in attacking Karen's businesses.  Unbeknownst to them (but knownst, to us, to quote Mel Brooks), the fault lies with Holt's dishonest underlings - not Holt himself.  This isn't immediately clear, however, unless you're one of the dozen or so people like me who read and remembered DC Comics short-lived Mister Terrific series.  This is odd, given that this series had done such a good job of explaining away everything you needed to know until recently and very rarely required you to be reading any other comics in any case.

The vignette where Huntress drops everything to go and mourn Damian Wayne is a larger problem.  While they explain the recent death of the youngest Robin well enough, I find it hard to believe that Helena would feel the need to mourn Damian in person.  Levitz does a fair job of trying to explain away the apparent conflict as being part of Helena's on-going conflict regarding the Batman who raised her on another Earth and her feelings regarding this Earth's Batman and his completely different family  Sadly, despite Levitz's best efforts, it doesn't ring true to me and the emotion when Helena realizes she's being watched by her not-Father is the only honest emotion in the whole scene. 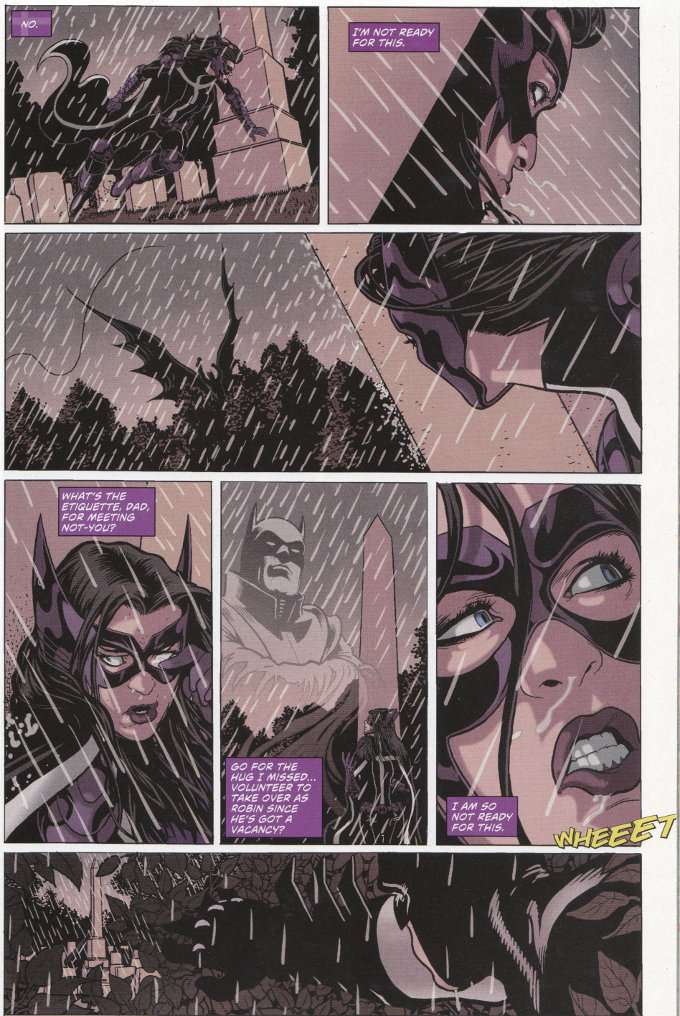 At least the artwork situation has stabilized somewhat, with Kevin Maguire the only artist and inker on this issue.  Nobody can put emotion into a face like Maguire.  While I may quibble over how Helena should be feeling in the wake of her half-brother from another dimension whom she only met once before dying, I can't deny that Maguire does a fine job of displaying those feelings in his artwork.

Is this comic bad?  No, but it's not as good as it once was and it's definitely not a good issue to jump in on.  Would I recommend it?  Only if you've been reading it steadily so far.  Will I keep reading it?  For another month or two, at least.
Posted by Starman at 6:16 PM