Titled The Pieces Missing, Arrow #25 brings the series' star players up to bat. Executive Producer Marc Guggenheim handles the scripting duties. The legendary Mike Grell (the greatest Green Arrow artist and writer ever, in this critic's humble opinion) brings his A-game to deliver some of the best artwork the Arrow web comic has seen yet. 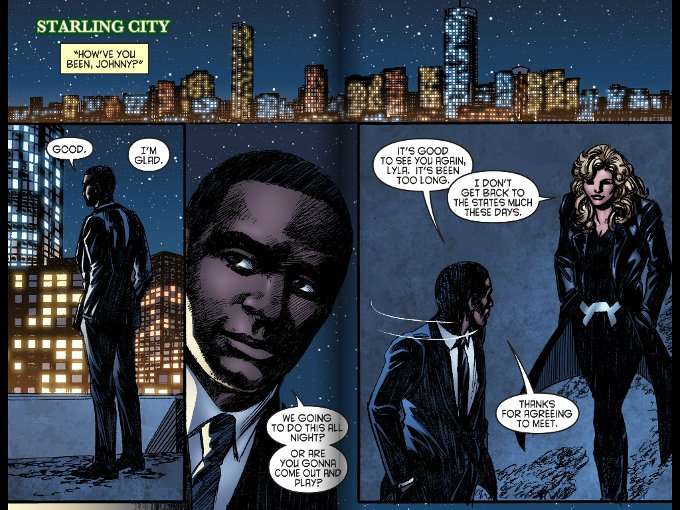 The plot of the issue is fairly straightforward.  Diggle calls a colleague named Lyla and arranges for a clandestine meeting to ask for some information on Oliver's past.  It is unclear precisely who Lyla is and who she works for, but it's made clear that she's known Diggle since he was stationed in Kabul and has kept tabs on him ever since.  She's also aware of the internal workings of the FBI but says she rarely comes into the USA anymore, suggesting she works in a national or international intelligence capacity.  One wonders if Lyla might have something to do with a recent announcement by Marc Guggenheim? 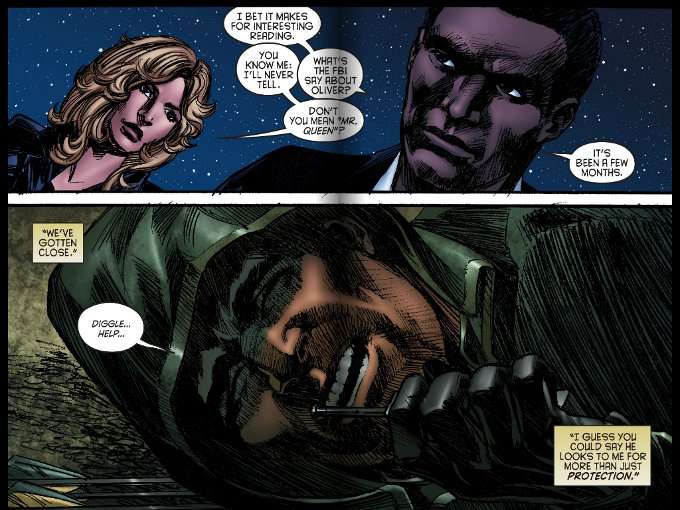 The action in this issue is sparse, but Guggenheim keeps the proceedings from becoming a talking-heads story with some carefully inter-cut flashbacks.  Some of these scenes depict moments we've seen before in the show but most of them are "the pieces missing" and explain certain events that happened off-camera.  While we could have guessed at some of the information here - such as Diggle using the suggestion of the Queen family paying for silence to get Ollie checked into the hospital despite the obvious signs of a physical assault that should be reported to the police - it is still nice to see these moments played out. 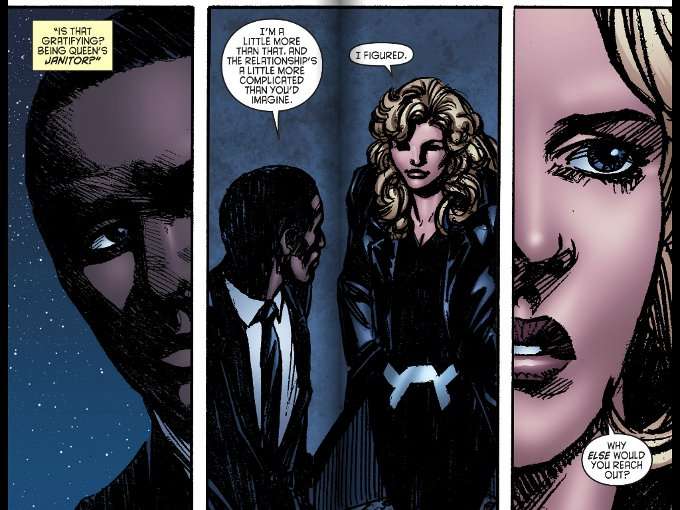 My gushing fanboy praise aside, Mike Grell is one of the greats and this issue shows why.  The figures are clear.  The inks perfectly highlight and shade every panel.  Everything looks gorgeous!  I also grant high praise to colorist Randy Mayor, who infuses this book with a life that it's lacked in some issues.

If you're an Arrow-head who hasn't been reading the weekly web comics, this is a fine one to start with.  At 99 cents it's a bargain to download, as easy on the eyes as it is on the wallet.  Give it a try.  You won't be disappointed.
Posted by Starman at 8:51 AM