Ocean Master has always had a rough time of it as a character. It's bad enough being an Aquaman villain to begin with.  Imagine being a bad guy whose sole motivation is being jealous of Aquaman's superpowers.  That was Ocean Master back in the Silver Age.  He was Arthur Curry Sr's son by a human woman.  No powers.  No resources.  Just a burning hatred for the bastard half-brother who got superpowers while you didn't.  Things weren't much better in the Dark and Modern Ages, where he was a thinly-veiled Loki rip-off  with vague magical powers fueled by a demonic trident.

Geoff Johns has changed this all yet again in the New 52 reality but this time he has created an Ocean Master worthy of the name.  No petty criminal or scheming courtier this time!  This Orm, now Aquaman's half brother by the same Atlantean queen, is a credible threat even without the might of the Atlantean army backing him up.  With defined magical powers that let him influence both water and the weather, this Ocean Master proves menacing enough to hold the heaviest hitters of the Justice League at bay single-handed!  We're left with the impression that Aquaman's pleading for an end to the fighting is less out of a desire for peace but more from an honest fear he may not be able to stop his brother if things come to a head. 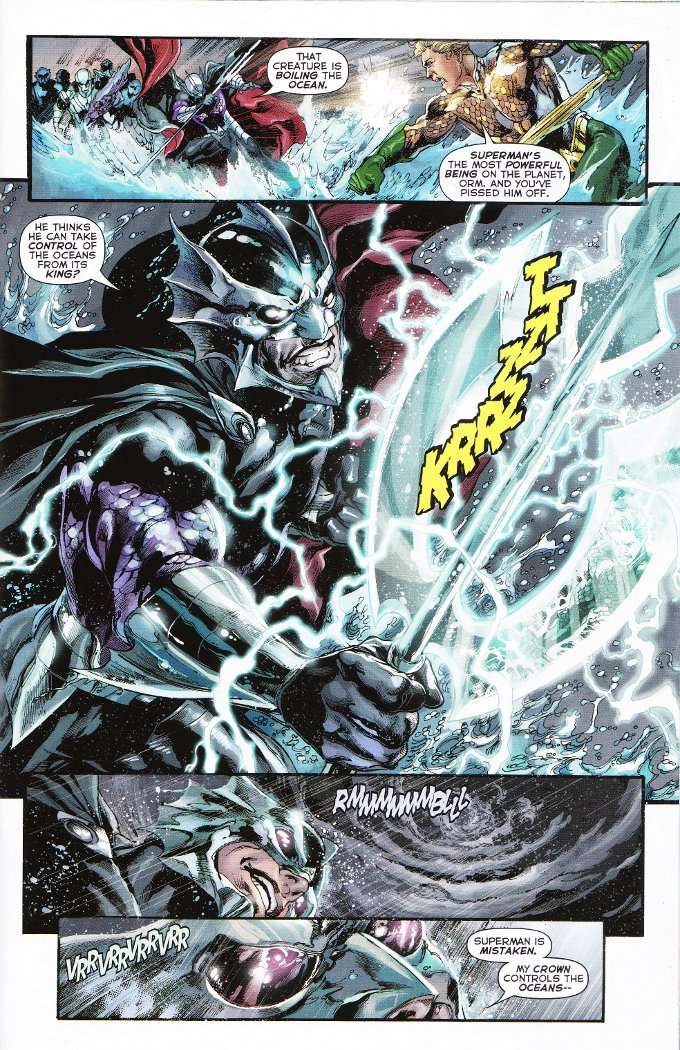 Johns has a gift for taking these classic concepts and redefining them and it's one of the things I find most enjoyable about his writing.  The other thing that makes Johns brilliant as a storyteller is the way he manages to work such wonderful character moments into his stories while hinting at things to come.  A good example of this comes in a brief interlude at S.T.A.R. Labs, where a certain Dr. Morrow is monitoring the Atlantean controlled-weather attacks and asks permission to test a robotic weather-control machine he's been working on.

Longtime Justice League fans will appreciate the reference but everyone will appreciate the scene in which Victor Stone a.k.a. Cyborg confronts his father about upgrading his body to allow him to breathe underwater.  The on-going conflict regarding Vic's fears of losing his humanity as more and more of his body is replaced with mechanical parts has barely been touched upon in recent issues, save for occasional scenes of Cyborg refusing to discuss a newly developed upgrade.  It says volumes in this moment, when his superhero colleagues are in need, that Vic is willing to put all his fears and objections aside for the sake of his friends.  THAT is heroism in a nutshell as well as why Geoff Johns is one of my favorite writers. 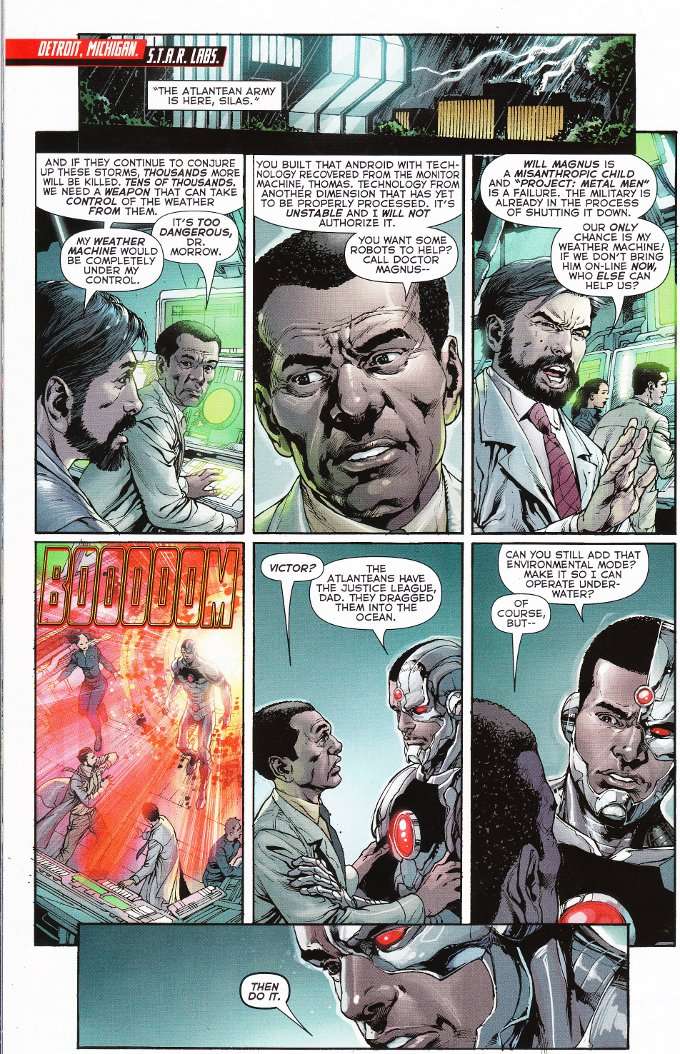 The artwork in this issue is excellent, as always.  Ivan Reis offers up the same breath-taking pencils that made his recent run on the main Aquaman book so memorable.  Everything is beautiful and this is one of the best-looking books on the shelves today.  Gary Frank is equally amazing in the Shazam back-up story. 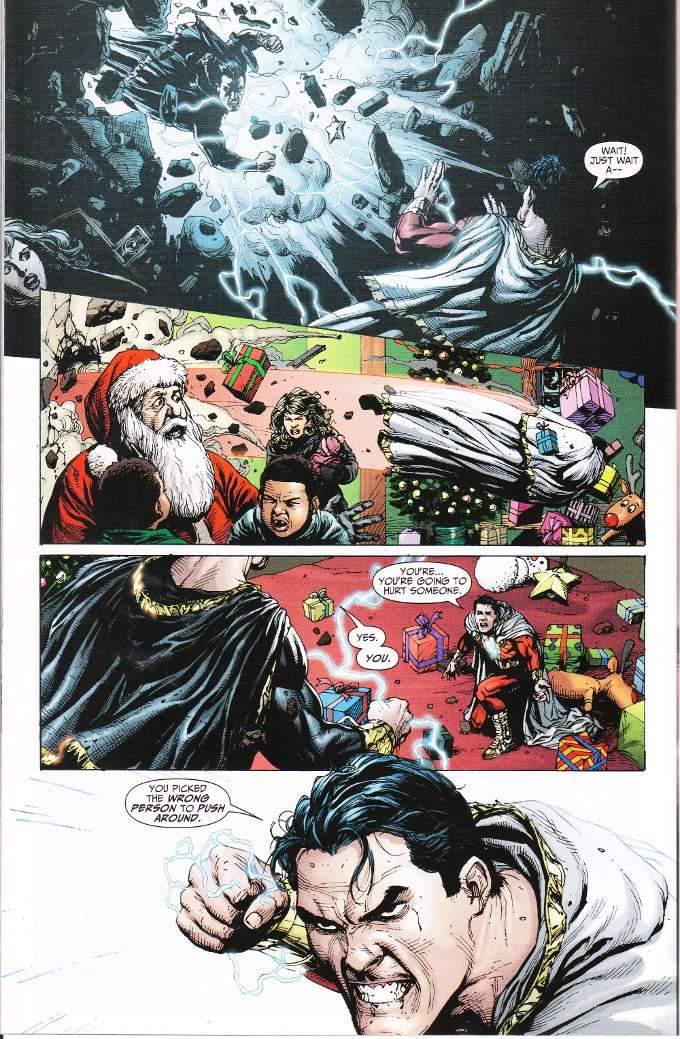 The Shazam back-up story - long the millstone around this book's metaphorical neck - didn't bother me as much this time around.  I suspect it's because Billy, for all of his petty acts of crime in the past issues, finally began to act like the hero I expect him to be in this issue.  I think I'll be able to live with this new take on (not) Captain Marvel if things continue in this manner, with Billy taking his power more seriously and realizing what he can do to help people besides himself.
Posted by Starman at 1:43 PM