Injustice: Gods Among Us #1 - A Review

Injustice: Gods Among Us #1 has no right to be as good as it is.  The story contains various elements that have been done before.  The plot centers around a particular element that I always find distasteful and usually find hackneyed.  To top it all off, it is a video-game tie-in comic which is rarely a sign of high quality.

I really liked this book.

Tom Taylor has done the impossible!  He has crafted a story that has little in the way of originality, many reasons to hate it for its' content... and it still works because of all the elements in it that are enjoyable.  I like having a Harley Quinn who is a good-natured goofball who names her vehicles.  I like having a Hal Jordan who quips in such a way as to make me think of Nathan Fillion.  I like a Batman who is self-conscious of how ridiculous he looks being carried around at super-speed by The Flash.  But most of all, I like seeing Lois Lane and Clark Kent married again and the little touches like how Lois can throw a book at Clark's head and he'll barely notice it. 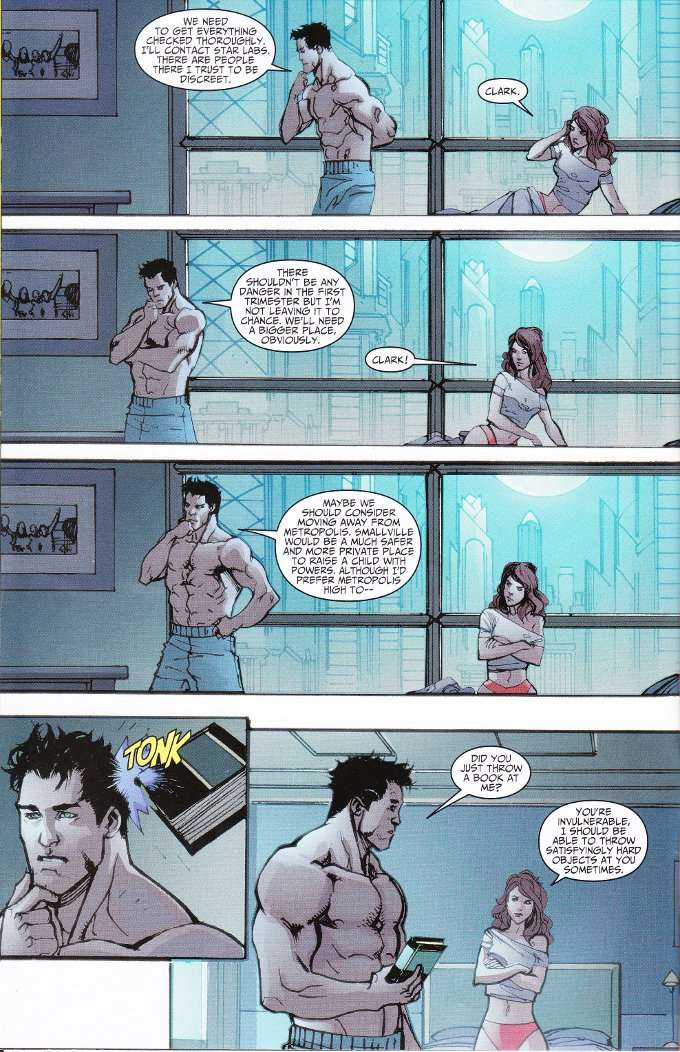 Dammit, I like this comic because it's something most of the New 52 line hasn't been - fun.  Which is ironic given that it's meant to be setting up a dark, dystopian future where superheroes rule the common clay with an iron fist.  Yet Taylor is able to move beyond the base world and makes this issue dance through judicious use of good humor and fine character moments. 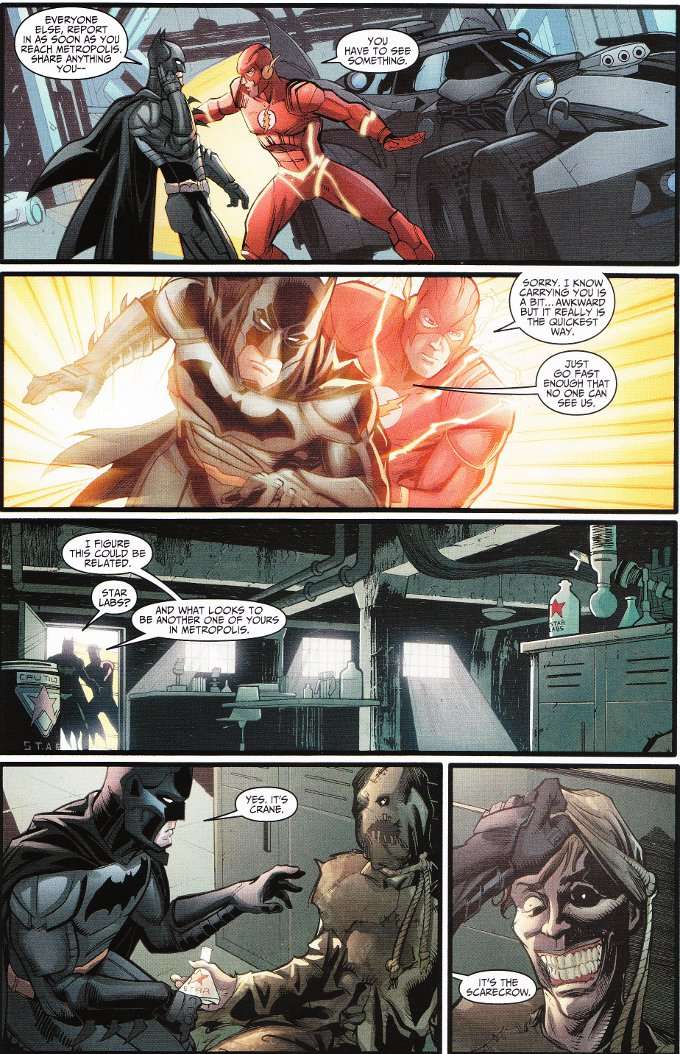 Artistically, this book dodges another bullet.  With three creative teams on a title, there's always a danger of clashing styles and disparities in the action.  Miraculously, that's not a problem here.  All of the creators involved are of equal skill and craft and the differing styles actually work to the story's benefit as the tone changes with the artwork. 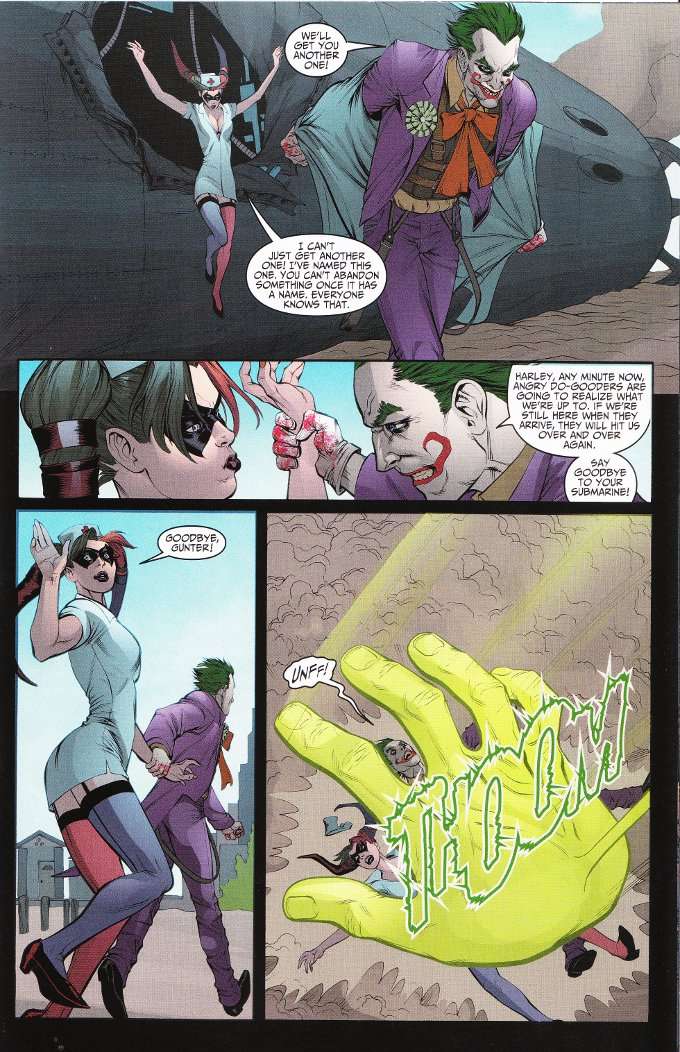 Even if you're not a gamer who has been looking forward to Injustice: Gods Among Us, this comic prequel is well-worth picking up.  There is a humor and vitality here that is sorely missed among many of the current crop of DC Comics.  If you miss having a Joker that makes jokes, a Harley Quinn who wears clothes or anything that reminds you of the Bruce Timm animated universe, you'll want to give this book a shot.
Posted by Starman at 11:05 PM