It's the little details that make Geoff Johns' writing so enjoyable and Aquaman #16 is a fine example of this truism.  The main storyline involving Aquaman saving Superman, Batman and Wonder Woman from the dangers of their "Dark Waters" prison is exciting stuff but all my favorite moments from this issue lay outside of that gripping plot.  There's the brief interlude where we learn that Cyborg still dreams and what he dreams about.  There's the interplay between Dr. Shin and Vulko - the two men who, for better and worse, have become spiritual father-figures to Aquaman since his father's death.  And there's the glorious sequence where we see the Justice League reserves come into play.  If this is a preview of what we can expect in the upcoming Justice League of America comic, then I'm doubly excited for that title's arrival. 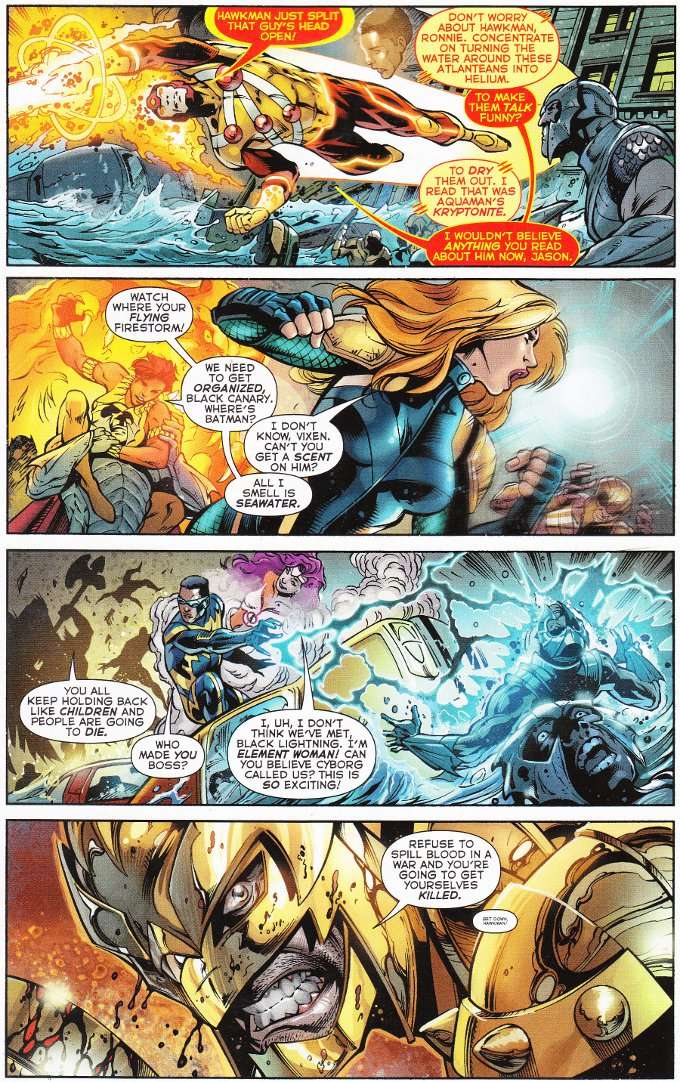 The artwork by penciler Paul Pelletier has stepped-up from last month's issue.  I credit this to new inker Sean Parsons.  While the artwork in Aquaman #15 was far from bad, the shadows were a bit heavy at times.  With Parson's assistance, Pelleiter's work looks so much like that of regular Aquaman artist Ivan Reis that I wasn't certain that the splash pages below weren't Reis' work! 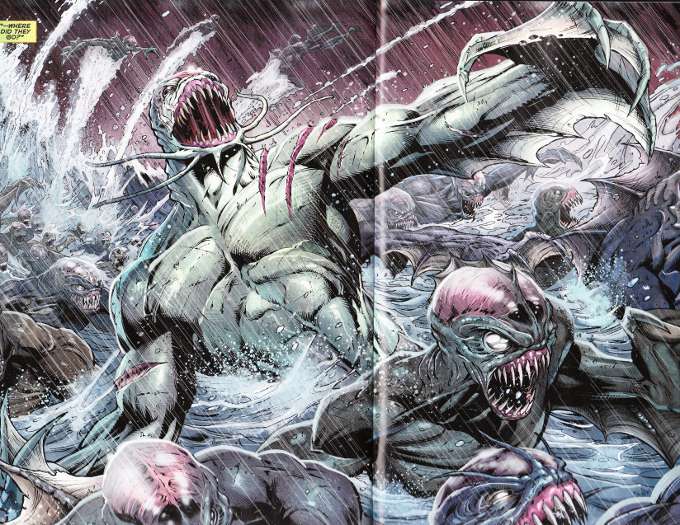 To give Johns one more acclaim, I must tread carefully.  This book reveals a sudden twist in the plot but it does so in an effective manner I shan't spoil.  I'll need to reread the series thus far to see if there were any hints of this coming but I was honestly surprised.  In these days when Diamond Previews takes much of the mystery out of our comics that is a welcome thing. 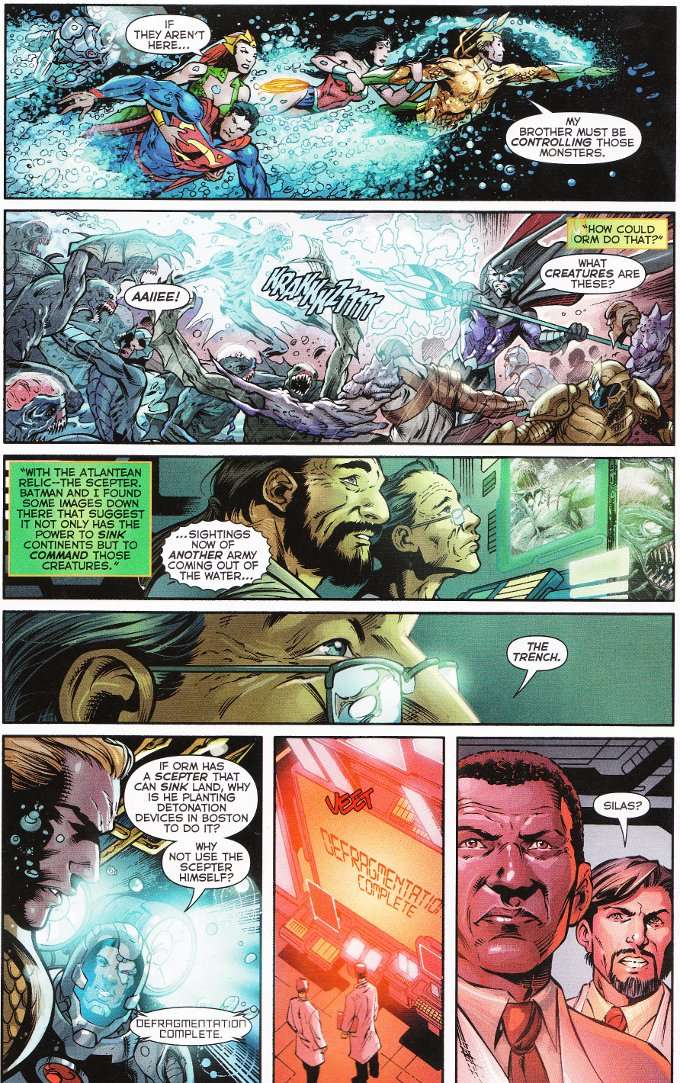 Bottom Line: This is a great issue of Aquaman and the Throne of Atlantis storyline has been a riveting one.  If you can't track down the back-issues at your store or prefer not to buy digital editions, you should definitely pick up the inevitable trade collection in a few months time.
Posted by Starman at 8:11 AM