I think I'm well established as one of the most prominent Green Arrow experts on the Internet.  At the very least I think no one can deny my status as one of the most devout and nit-picky of Green Arrow fans.  So when the Green Arrow title shifted creative teams (yet again), I felt the need to give the series one more go, despite my better judgement and past experience.  So please understand all that and where I'm coming from when I say this regarding Green Arrow #17. 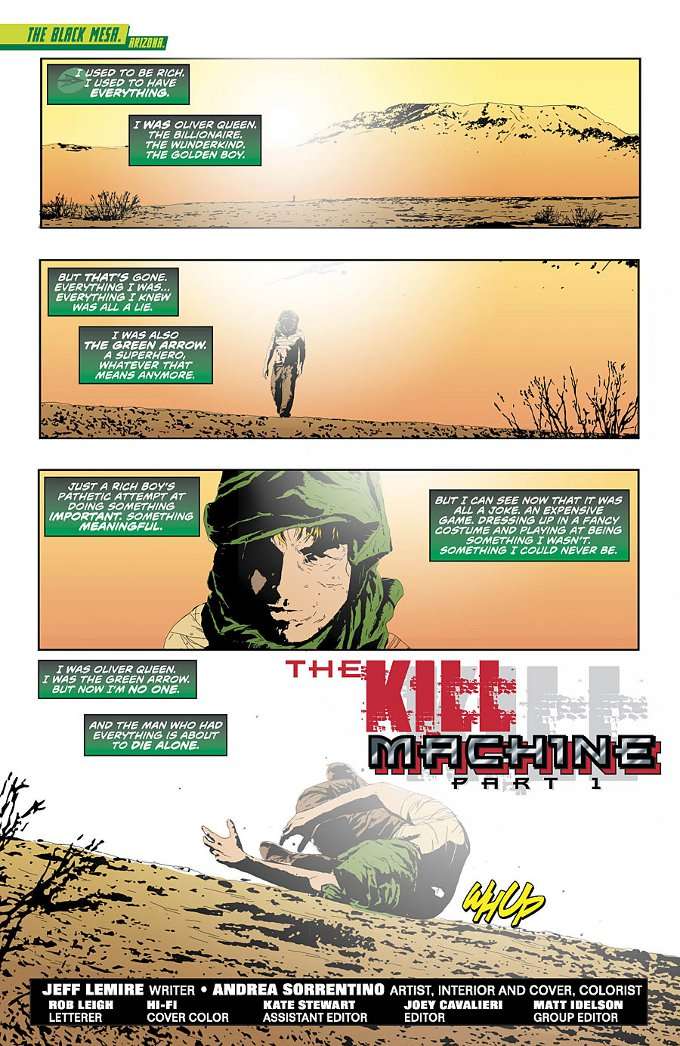 Well done, DC Comics.  You finally got it right!

It spoils little to say that the slate has been wiped clean with this issue and that no previous experience with the New 52 Green Arrow title is required.  The plot centers upon Oliver Queen scrambling to recover as he is left without resources or allies as he loses his company and is framed for murder.  One can say this about Jeff Lemire - he does not do things by halves.  His script is highly reminiscent of Frank Miller's work on Daredevil and I suspect that by the time The Kill Machine is over I'll be able to do a "compare and contrast" essay regarding it and the similarly themed  Daredevil: Born Again. 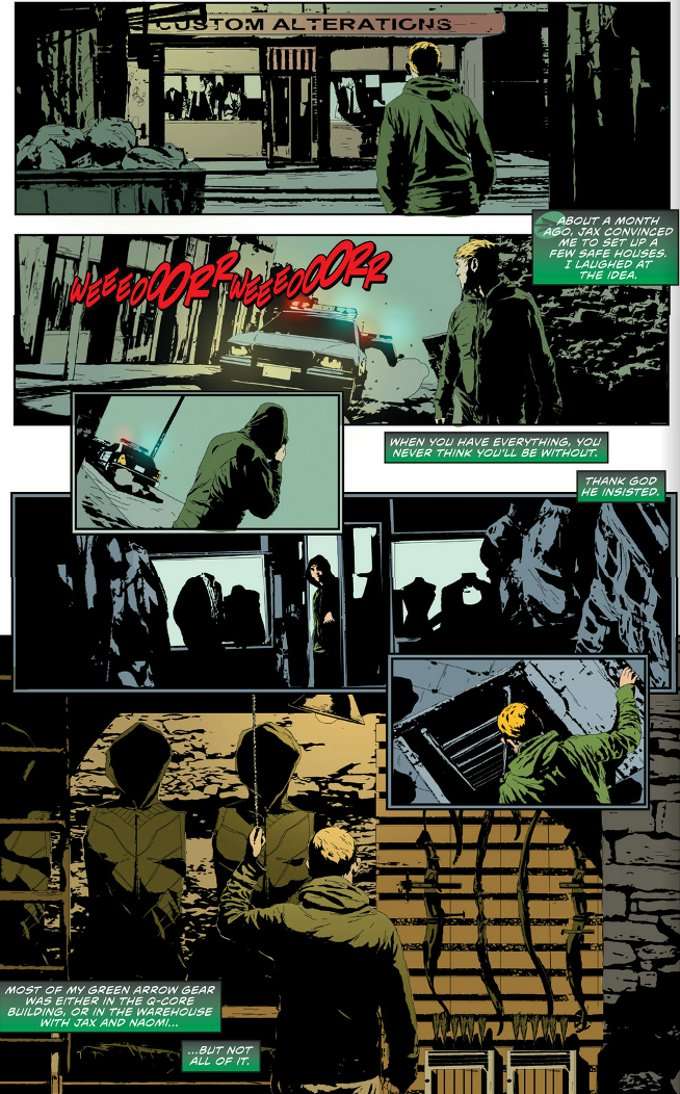 The artwork by Andrea Sorrentino is spectacular!  Not many books in American comics are penciled, inked and colored by a single creator and Sorrentino's work here is an epic argument against the "assembly line" method favored by  American comic publishers.  If Lemire is mirroring Frank Miller, I can only compare Sorrentino to the great Mike Grell.  Both have a similar sense of drama, with heroic poses against the moon and half-page splashes amidst the action.  Sorrentino's panel work here also reminds me of Jock's work on Green Arrow: Year One. 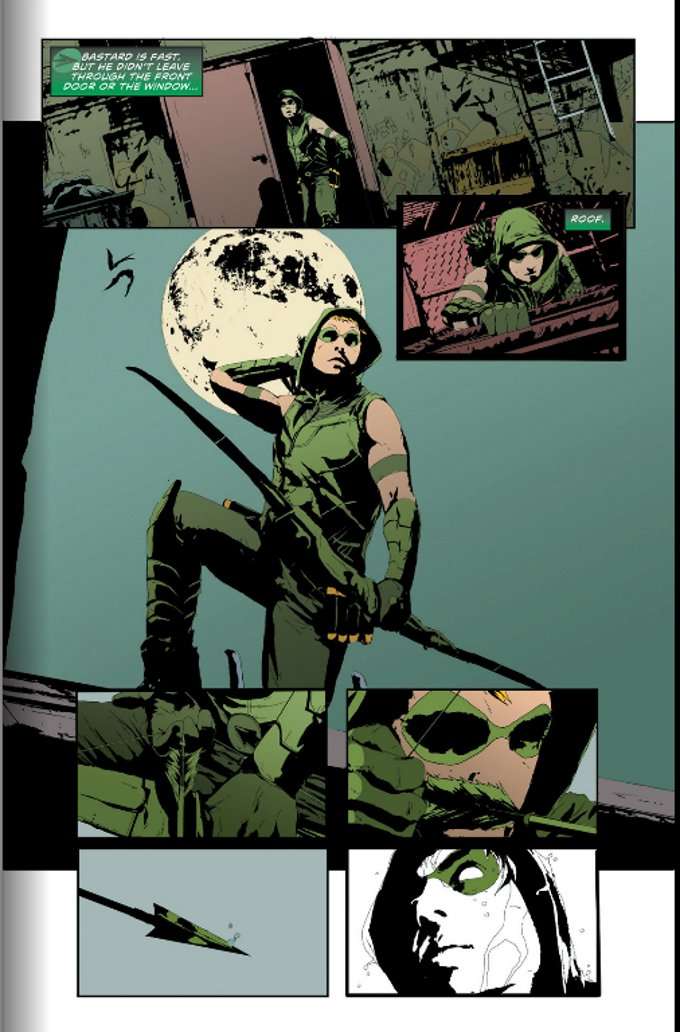 Every comic reader and Arrowhead in the world should give this book a try.  If you're a fan of the Arrow TV show who has been curious about the original comics, now is the time to get started reading Green Arrow.  If you're an exile like me who was left cold by the New 52 take on Ollie, now is the time to come home.  And if you just like good comics with grand action scenes, high drama and gorgeous art... well, you'll just love it to pieces!
Posted by Starman at 9:58 AM