Green Arrow: Year One - A No Flying No Tights Review 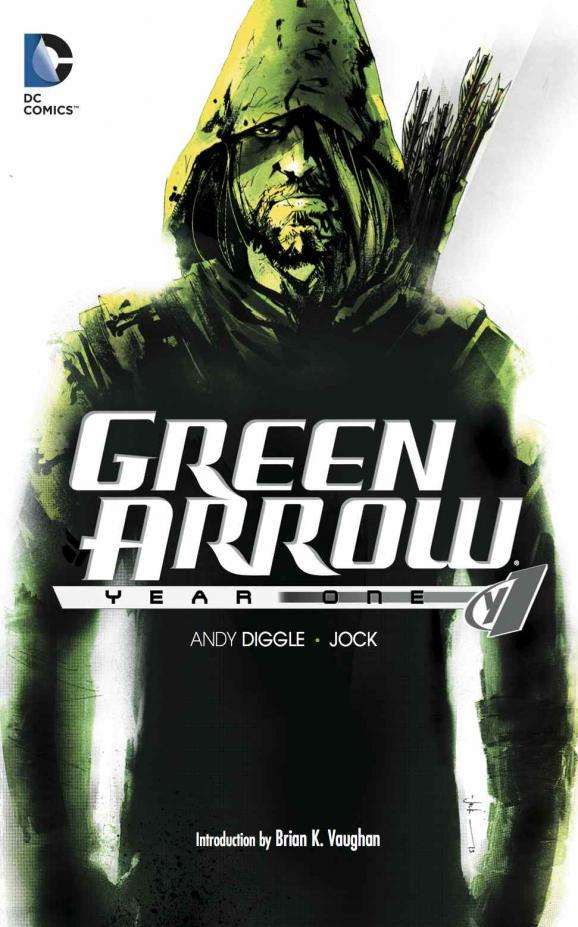 With the possible exception of Tony “Iron Man” Stark, I don’t think any superhero has suffered from mischaracterization in the Modern Age of Comics more frequently than Oliver Queen. The Green Arrow I was a fan of growing up was chivalric to a fault and his most frequent point of argument with long-time girlfriend Dinah Lance (a.k.a. Black Canary) lay in how possessive and over-protective he was. Granting that at one time he was a womanizing billionaire playboy (more Bruce Wayne than Bruce Wayne), his taking on the role of a hero changed that. That was what I always admired most about Oliver Queen as a character – the idea that a man could recognize his faults and honestly change for the better.

Unfortunately, this idea got lost somewhere along the way due to sloppy research. As a result, Oliver Queen was routinely portrayed as a flirtatious buffoon, even after becoming a superhero, for the better part of a decade. This idea of Green Arrow as a womanizer became so prominent that his rape at the hands of the assassin Shado was held up as an example of his “chronic” cheating on Dinah Lance by several writers!

I mention all of this to provide historical context as to what a breath of fresh air Green Arrow: Year One was at the time of its’ release. Here was the Green Arrow I’d loved as a kid, though somewhat rougher as a result of author Andy Diggle’s attempt to modernize Oliver Queen’s origins. Amazingly, Diggle’s modernization of the character only helped to make Oliver Queen’s transformation from idle-rich lay-about into a defender of the weak more plausible.

One way in which Diggle did this was by subtly addressing the main problem with Green Arrow’s backstory in a realistic universe. Namely, how does a billionaire playboy with no experience as an outdoorsman survive being shipwrecked on a deserted island? Diggle neatly explains this away with a scene before the infamous shipwreck occurs in which we learn that Oliver Queen is an extreme sports enthusiast, who base-jumped the Grand Canyon and dived the Titanic wreckage before leading an expedition to the North Pole.

Other scenes showcase Oliver’s hatred of hypocrisy and social injustice, his love of Robin Hood myths as a child, and – in a nice nod to the Mike Grell Green Arrow series – his training in archery as a child with real-world stunt-man and master archer Howard Hill. Given all of that, Oliver’s survival in a hostile environment does not seem at all implausible. Nor does his transformation into a real Robin Hood figure after he learns that a drug cartel has enslaved the local natives and put them to work on a poppy farm seem contrived.

The artwork by Jock perfectly captures the exotic appeal and primal energy of Diggle’s script. Famed for his use of shadows and heavy inks to establish mood, Jock alternates his usual style with more traditional, lighter panels. The effect is not unlike viewing stills of an action movie in sequence, the entire book having a cinematic aura to it.

If you’re a fan of the new Arrow television series and looking for a good place to start in learning about the character of Oliver Queen from the comics or are just a lover of good survival-based suspense, I recommend this book highly. The book is rated 12+ by DC Comics, but I would recommend it to slightly older audiences merely because I don’t think most middle-school students are worldly enough to appreciate this story fully. Content wise, there’s a fair bit of violence and drug use, including one scene where Ollie’s drunkenness is played for laughs and a more intense sequence in which Ollie is forced to take opium as a pain-killer after being severely injured. Both scenes are realistic in their portrayal of drug use, however and do nothing to glamorize it.

Email ThisBlogThis!Share to TwitterShare to FacebookShare to Pinterest
Labels: Andy Diggle, Arrow, Green Arrow, Jock, No Flying No Tights, Ollie Queen Is Not A Cheating Bastard