David Tennant - BBC is "sending out spies to shut me up from telling you things I don't know!" 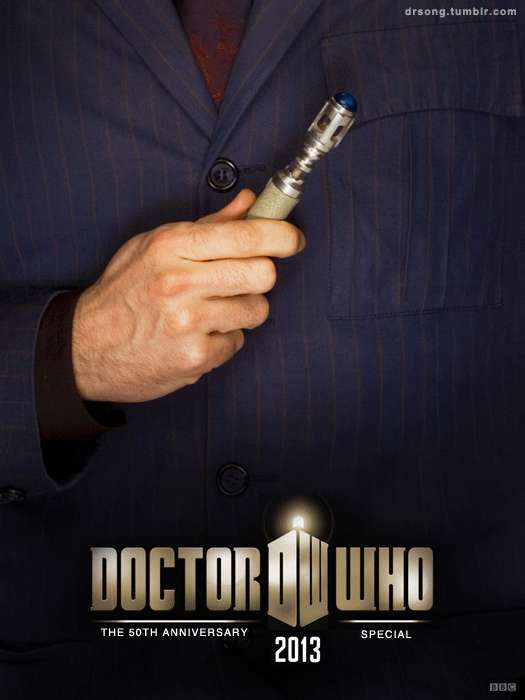 Not a real promo poster... unfortunately.


Officially, like every other actor who ever played The Doctor before, David Tennant has denied having any involvement in any sort of Doctor Who special episodes being prepared for the show's 50th Anniversary.  But David Tennant - by design or by sheer virtue of being a bad liar - has proven rather good about managing to spoil the BBC's surprises in the past with some curiously specific denials or failing to maintain a poker face.  So what are we to make of his recent announcement on The Jonathan Ross Show?

"I'll tell you how terrified they are. In make-up, this lovely lady from the BBC came in and she said 'I've been sent to say that anything about the Doctor Who 50th anniversary must not be mentioned on television.' That's how scared they are! I don't know anything and they're sending out spies to shut me up from telling you things I don't know!"

Email ThisBlogThis!Share to TwitterShare to FacebookShare to Pinterest
Labels: David Tennant, Doctor Who, Doctor Who 50th Anniversary, Doctor Who Series 7