Supergirl #15 is a fine issue of its' own series but a poor issue of the H'El On Earth mini-series.  Considering my opinion off that crossover as a whole, I do not consider this to be a bad thing in the slightest.  I'd much rather read more flashback scenes of Kara's life on Krypton and see more scenes of her trying to cope with the loss of her home than watch Superman slap around yet another menace from his homeworld that seeks to destroy the Earth. 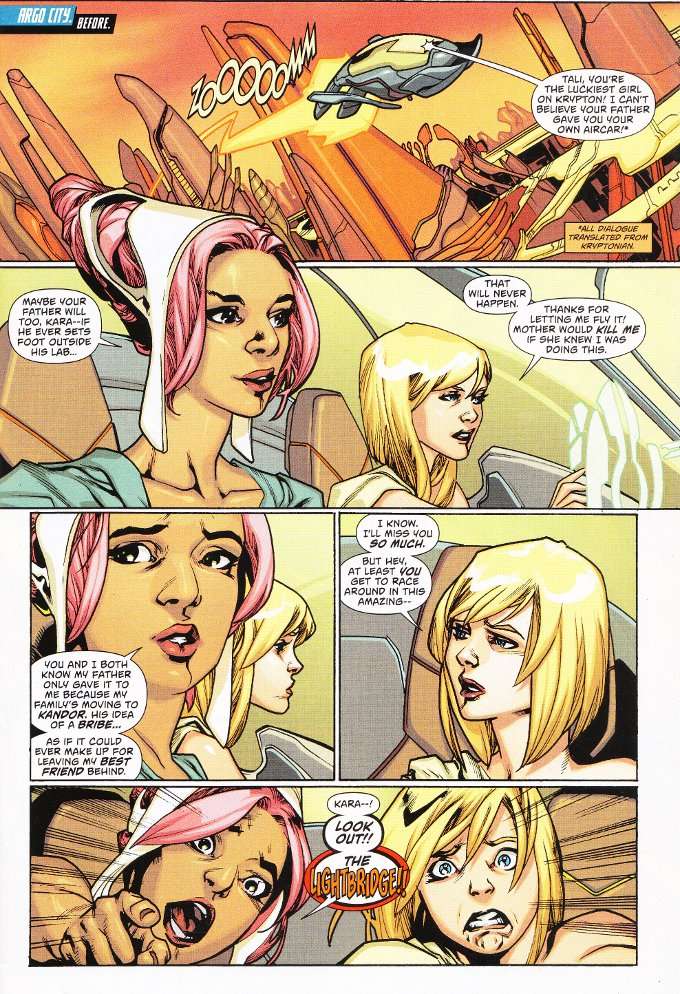 Mike Johnson's script tells us previous little about the crossover, save that Superman and Superboy have apparently teamed up after both being confronted by the villainous H'El, who has somehow taken over the Fortress of Solitude and allied himself with Supergirl in order to go back in time and save Krypton.  The damnable thing is that - for those, like me, who have only been reading Supergirl - there is no reason to believe H'El to be anything other than what he claims.  Well, ignoring that  a) he's an evil looking goth boy named Hell and b) the story goes nowhere if he really IS trying to bring Krypton back with no strings attached.  From Kara's point of view, given how most of the people on Earth have treated her and how her homesickness has been entirely dismissed by Superman, there's no good reason for her NOT to work with H'El, even if his plan would destroy the Earth. 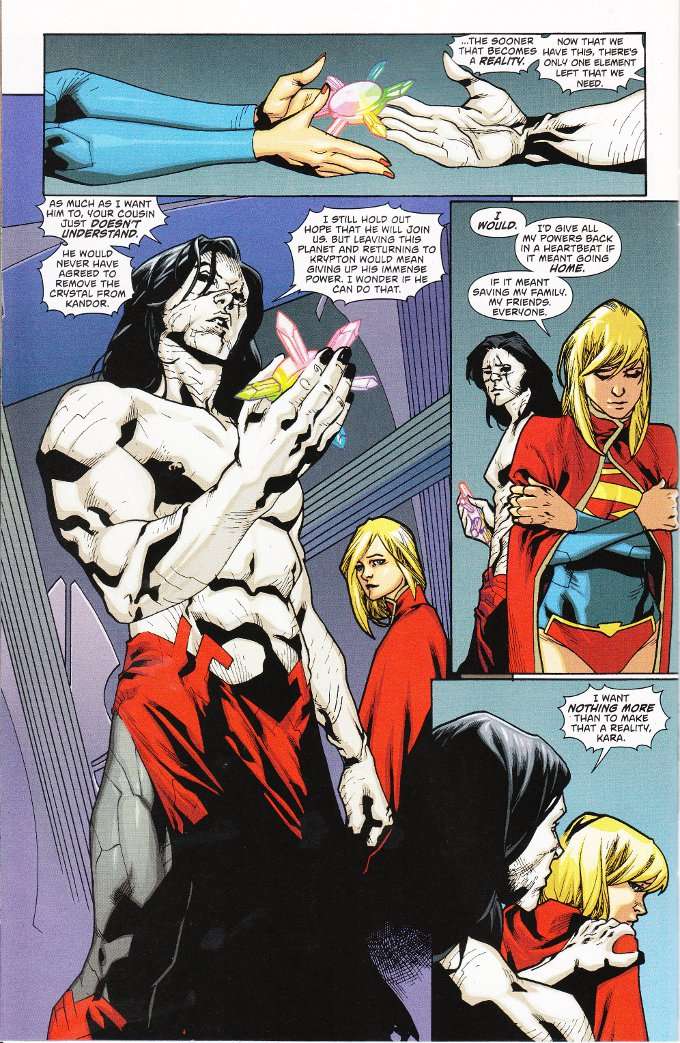 The artwork by Mahmud Asrar is as it should be - strong as the Girl of Steel herself.  Under Asrar's tender care, Supergirl has remained one of the best-looking titles of the New 52.  His take on Krypton - and, to a lesser degree, The Fortress of Solitude - is particularly breathtaking and alien.

This is a poor issue for new readers to start the series with, purely because of the unfortunate crossover tie-in with the other, lesser Super Family titles.  It stands well on its' own so those already reading this series need not worry about breaking up their collection.  The scenes with Kara and her best friend are worth the price of admission alone.
Posted by Starman at 8:30 PM