Hawkeye #6 is not just a holiday special.  It is the culmination of the last five issues of barely-contained brilliant insanity.  Titled Six Days In The Life of Hawkeye (or Six Nights In the Life of Hawkeye if you go by the cover instead of the title page) , this issue covers exactly that.  We focus on Clint Barton's actions across the better part of a week, all out of order, as he attempts to take a vacation, finish moving into his new apartment and catch up on some TV.

Naturally things aren't that simple and Clint once again runs afoul of the Russian mobsters who have been a pain in his butt since the first issue.  Matt Fraction depicts all this with the trademark humor we've come to expect from this book.  Amazingly, despite this issue being rather continuity-heavy, Fraction's script still follows the Stan Lee rule of "every comic is someone's first issue".  New readers might not laugh at the references to previous issues but at least they can follow along with the story easily enough. 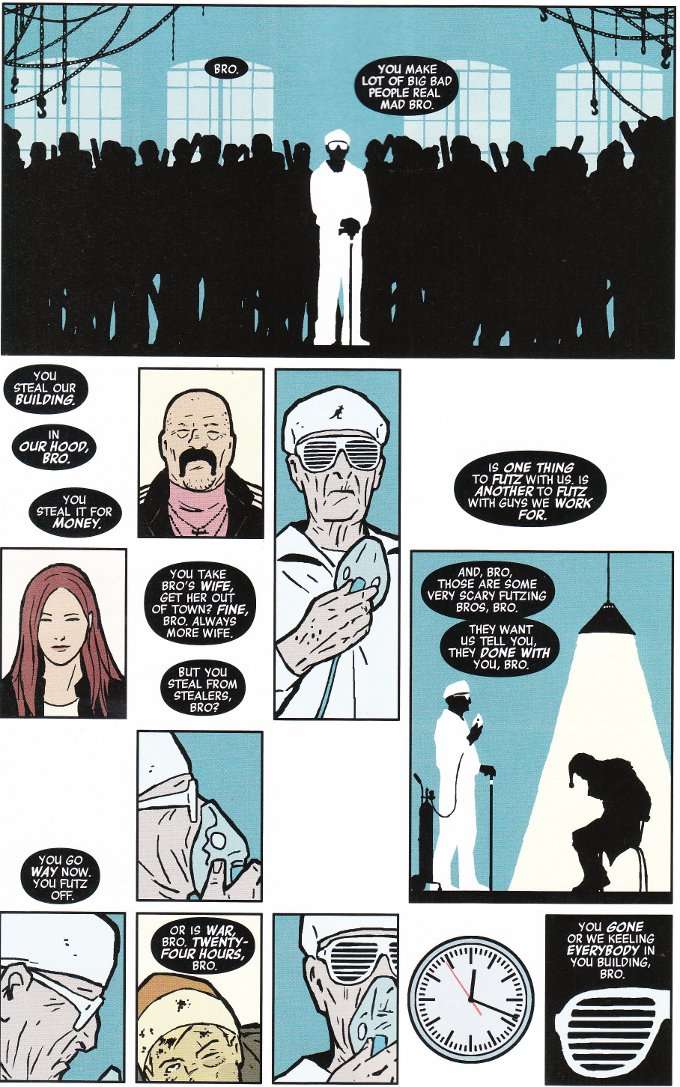 With this issue, David Aja returns to be Fraction's partner in crime.  And what a partnership!  Aja's style is simplistic but never simple.  Stylized but not annoyingly so.  Colorist Matt Hollingsworth also contributes to the proceedings, utilizing a muted palette that leaves everything looking softer and more realistic.  The one exception to this is the bright costumes of the superheroes besides Hawkeye and the various shades of purple that seem to surround Hawkeye no matter where he goes.  The complete effect is something unique and memorable.

It's been said before and it will be said again for as long as this book is around: Hawkeye is one of the best books on the market and a must read for all fans of good comics.