Like Batgirl #15 before it, Batman #15 defies simple summation and classification.  From the very first page, it is clear that this is not going to be a standard Batman fighting Joker story.  Scott Snyder's script compares favorably to the works of Stephen King - both in the crafting of the details and in the horror depicted. 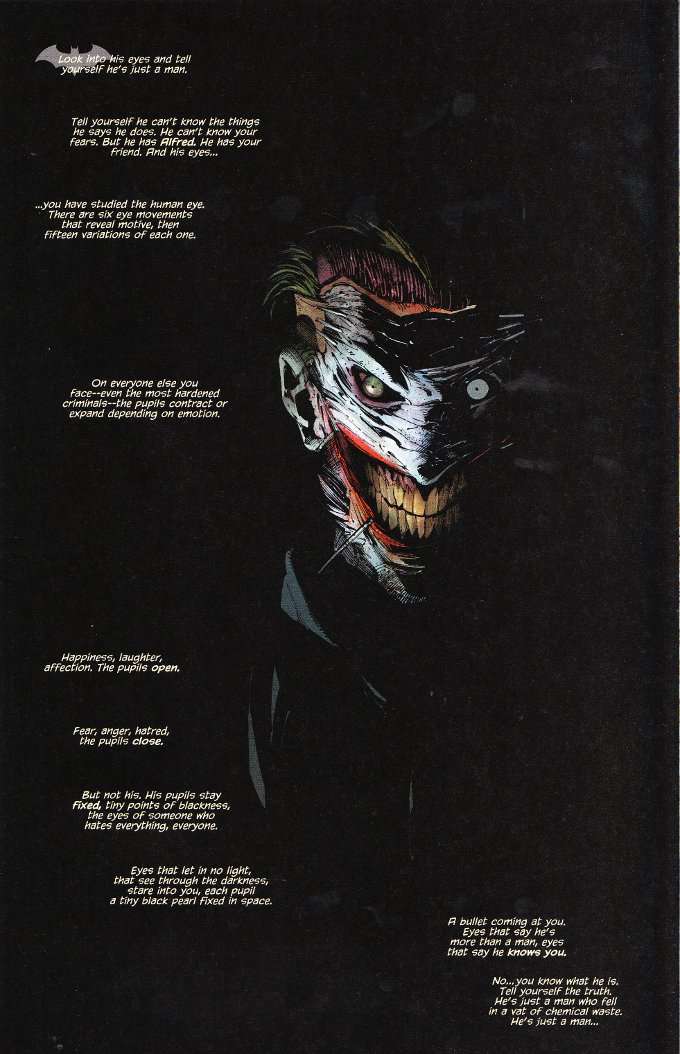 The back-up story by Snyder and co-author James Tynion IV is notable as it marks the first appearance of The Riddler in the New 52 universe.  The Riddler presented here is the same smarmy genius we've come to expect in most of his incarnations but seems more of a savant than a puzzle-obsessed loon.  Perhaps most impressively, this Riddler is treated as a peer by The Joker and one can easily see him being capable of honestly challenging Batman. 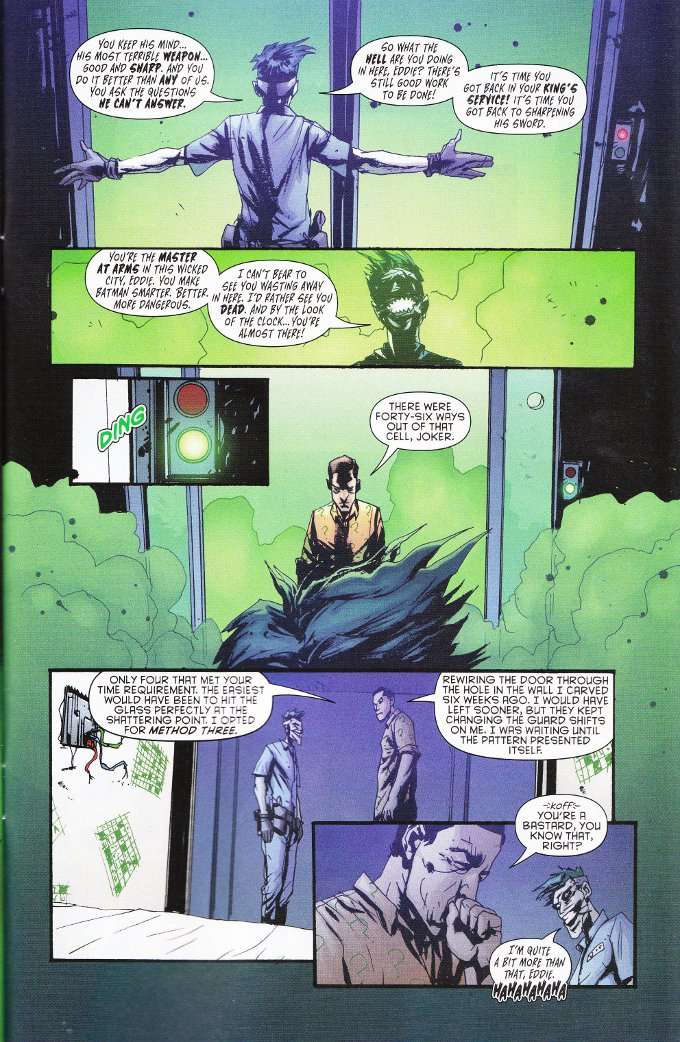 The artwork for both stories is excellent.  Greg Capullo and Jonathan Glapion present the same dark, atmospheric art that has made Batman one of the best books of the New 52.  Jock, a favorite of mine since Green Arrow: Year One, lends his uniquely disjointed style to the back-up tale.

If this issue has a flaw, it's that it is not a good issue for new readers to jump in with.  The story might still be accessible to new readers but you get a lot more out of it if you read the previous chapter.  Grab Batman #14 if you can along with this issue and prepare yourself for a treat.
Posted by Starman at 10:40 PM