The biggest problem with Green Lantern #14 is one of focus.  As the author of the flagship title of the Green Lantern line of books and DC Comics' head honcho when it comes to creative output, Geoff Johns has a lot of material to cover in this issue regarding his Rise Of The Third Army crossover.  Sadly, the cosmic side of the story is not as interesting or involved as the more mundane events set on Earth. 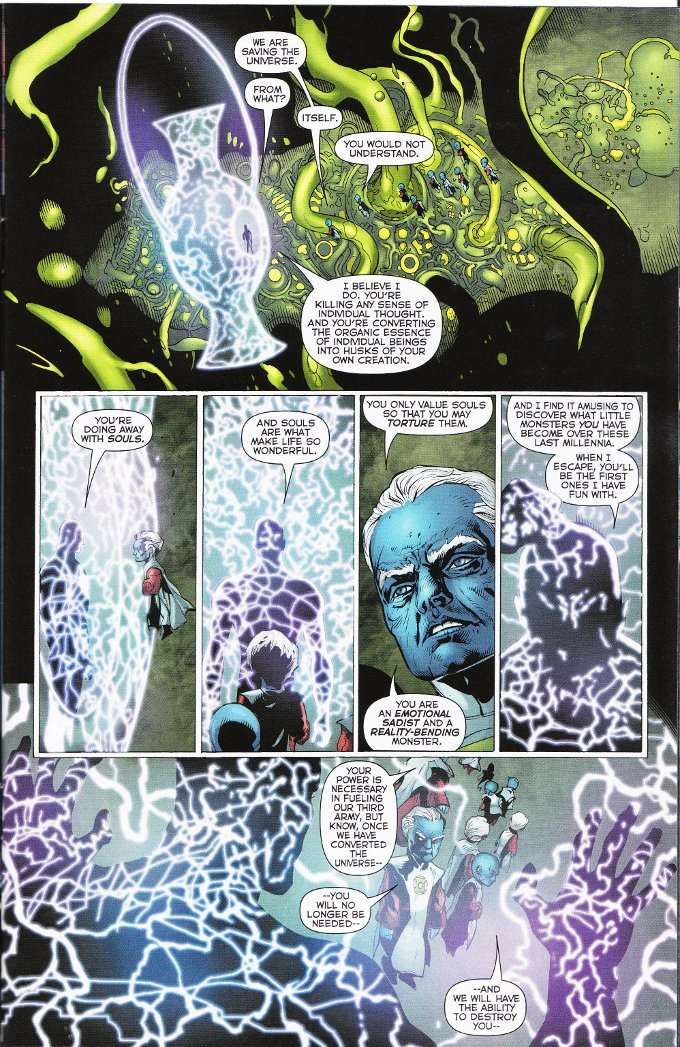 What really confounds me about this issue is that for all the information we are given, we learn so very little.  We learn something of the past of the being now known as The First Lantern, whom The Guardians are using to empower their "Third Army" but we still know nothing about the character!  We see Black Hand interacting with a group of Guardians locked away to guard The First Lantern but learn little about what role they have to play in things.  Even the fate of Hal Jordan and Sinestro - the main characters of the book two months ago - is only briefly teased. 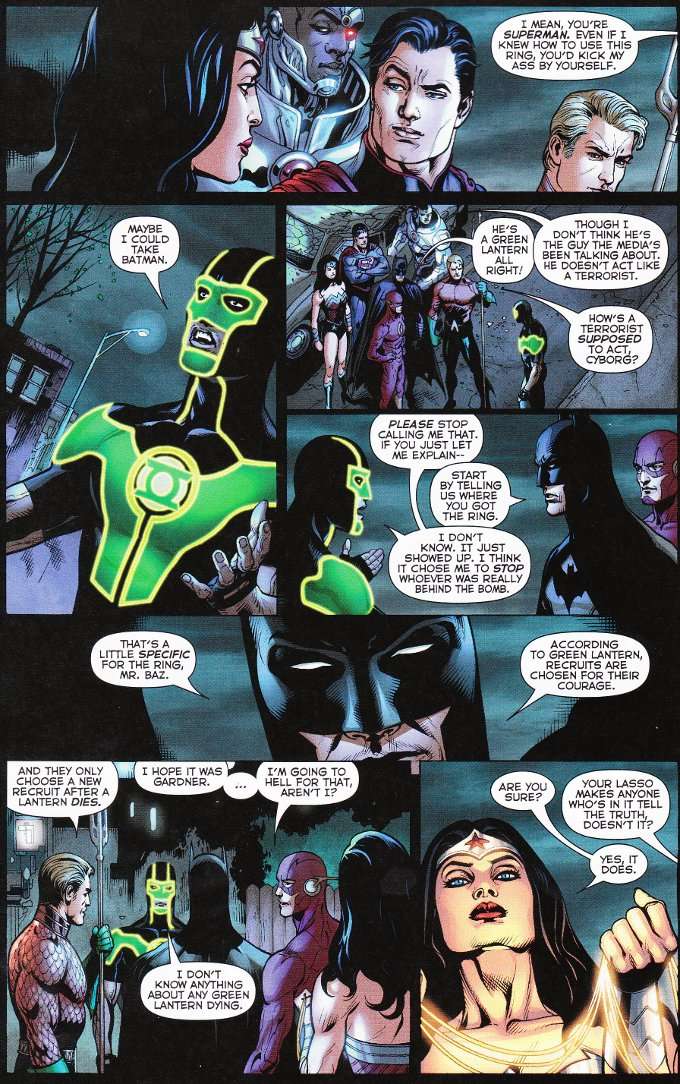 Thankfully, the bulk of the book deals with its' best storyline and proves that Johns is at his best when he's letting his characters speak as real people.  The scenes in which The Justice League confront newly appointed Green Lantern and accused terrorist Simon Baz are Johns at his best, as he fights the cliche of  the superhero slugfest that inevitably occurs when at least two heroes meet for the first time and one is convinced the other is a villain.  Baz refuses to fight, pointing out he'd be nuts to try and immediately accepting the Justice League's efforts to test his sincerity using Wonder Woman's Lasso of Truth.  Given how frequently this is overlooked as a problem-solving tool in Justice League stories, it's gratifying to see it used properly here just as it is nice to see a newbie hero trying to be logical and reasonable... for all the good it does him in the end.

At least Doug Mankhe's artwork is as strong as ever, though it does appear a bit odd at times.  I blame the fact that this book was worked upon by four separate inkers whose styles are not entirely compatible.  Still, whatever oddities there are in the artwork are not serious flaws and this book looks good more often than not.  Would that the plot was as consistent in terms of quality.  Still, nothing to be done until The Third Army falls.
Posted by Starman at 11:32 AM