Action Comics #14 tells two different stories drawn from today's science news headlines.  One story is set on Mars and centers upon the themes or exploration and wonder invoked by our recent landing of a rover on Mars.  The other story goes further afield than our solar system yet hits much closer to home. 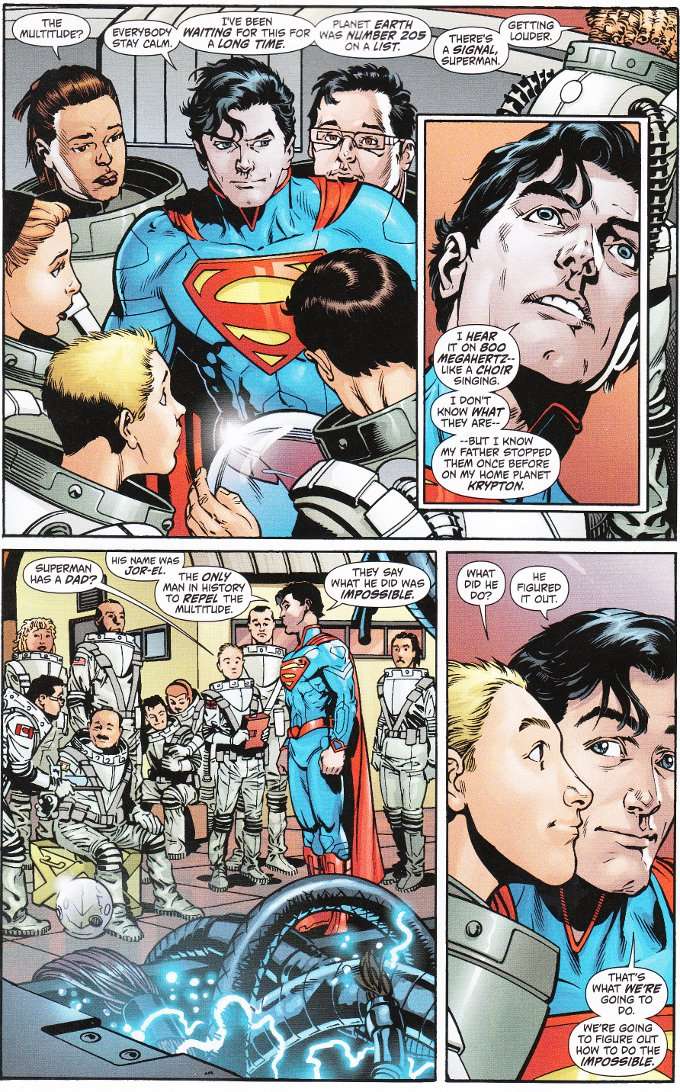 The first story centers upon Superman making a journey to Mars to help protect Earth's first colony there from an invasion of The Metaleks - the all-consuming mechanical creatures we first saw several issues ago.  It turns out that they are the least of it and that the Metaleks are on the run from an even more insidious threat known as The Multitude.  Since they appear on the cover, it spoils nothing to say that The Multitude have the appearance of angels with fangs and claws.

Grant Morrison's story seems well-paced enough but at the same time seems awfully derivative of his previous work.  Morrison famously explored the base idea of Superman fighting angels during his now-legendary JLA run and one can't help but think of that story here.  And even with Morrison's take on Superman being more of a thinker than a puncher, I still can't help but think this story would be more appropriate to Doctor Who than Superman.  Rags Morales injects his usual energy into the proceedings with his excellent artwork but that doesn't change the fact that we've seen this story done before and done better. 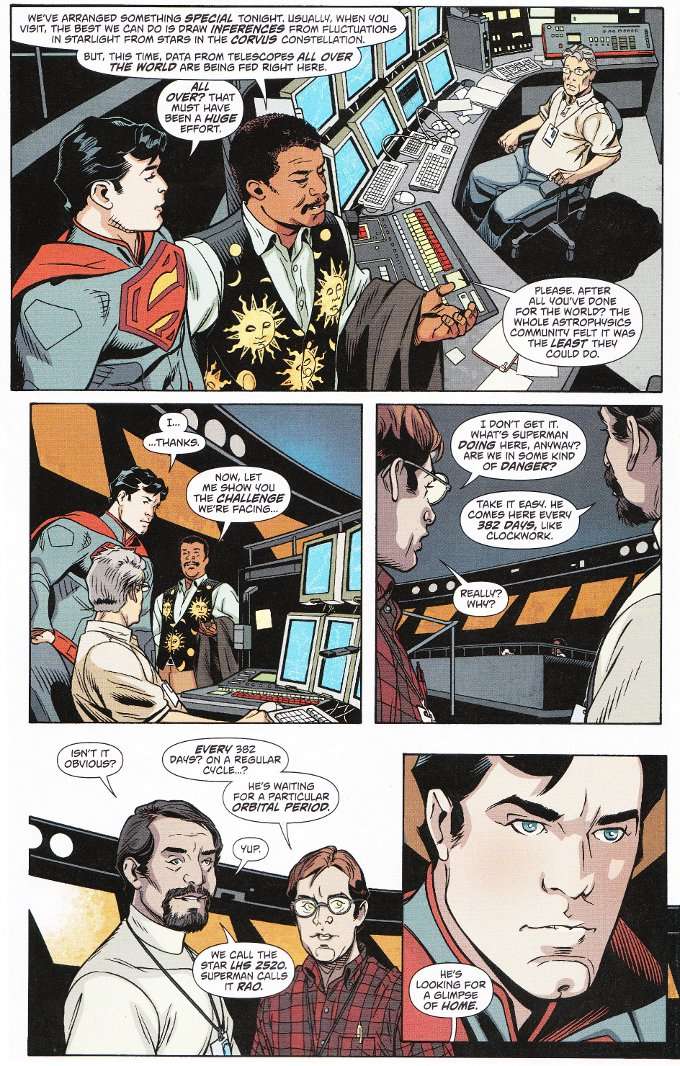 The second story, guest-starring famed astronomer Dr. Neil deGrasse Tyson, has less action yet hits the reader much harder.  DC Comics made the headlines recently when they asked Dr. Tyson to try and find a real-world place where Superman's homeworld of Krypton might have existed.  Tyson obliged and this story details his efforts to give Superman a glimpse of home as thanks for everything he's done to help the Earth.  Injecting real world figures into a superhero comic is always a risky affair but Sholly Fisch - ironically enough - manages to keep things down to earth.  The artwork by Chris Sprouse is crisp and clean, yet oddly stiff and posed.  In a more action-packed story, this might be problematic but it fits this story well enough.
Posted by Starman at 10:14 AM