Batgirl #14 starts fast and doesn't slow down for a moment.  It all begins with Barbara Gordon getting a call in the middle of the night from a figure with a disguised voice.  The man on the other end knows all about the night in which Barbara Gordon was paralyzed - all the fine details, like how three men were there when it happened.  He warns Barbara that three such men took her mother away earlier in the evening and that they are on the way for her now.  After an epic ass-kicking ensues, Barbara goes after the only person who could be responsible for all of this and the man who put her in a wheelchair for three years... The Joker. 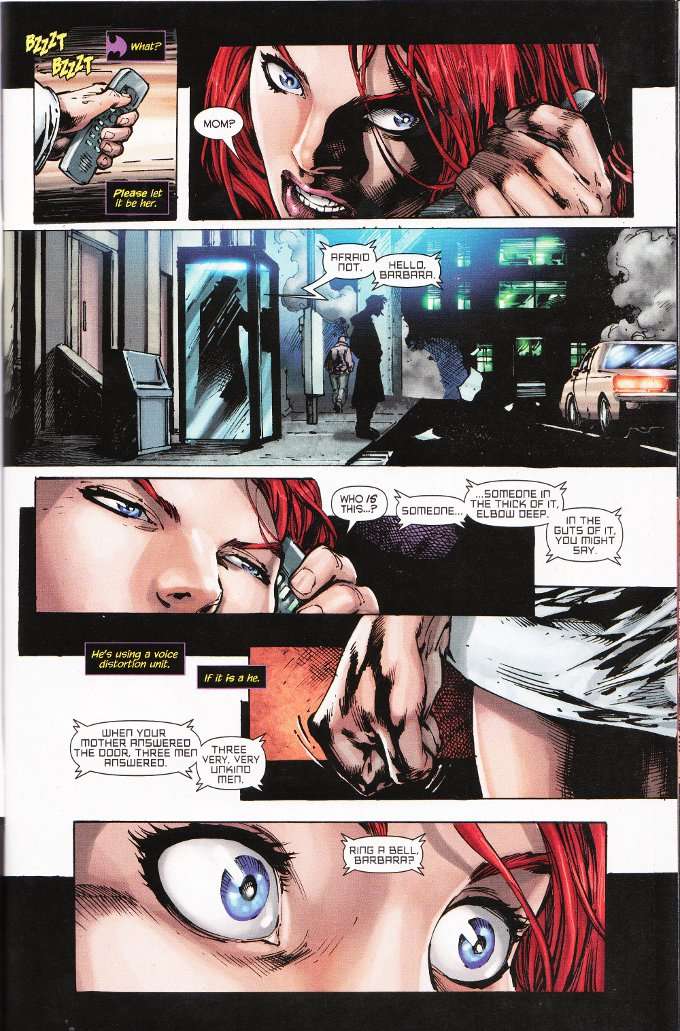 Gail Simone's script can only be described as intense.  For the first time, we see Barbara truly frightened and get some insight into the sheer scope of her trauma.  Yet Barbara is no shrinking violet and when her fight-or-flight response kicks in, the only things flying are her fists and feet.  Any who still doubt that this is the same Barbara Gordon from Birds of Prey who once said she could easily kill The Joker without remorse if given the opportunity would be well advised to reconsider that assessment.  Barbara Gordon is a woman to be reckoned and make no mistake about it.

I also love Simone's take on The Joker, who is just as creepy here as in this week's new Batman comic.  In fact, I dare say he's creepier here because Simone has captured the one aspect of The Joker that so many writers miss out on - spontaneity.  Written properly, you should never be exactly sure what The Joker will do in any given situation.  Comedy is all about the unexpected, after all, and first and foremost The Joker should be a comedian.  It may be the dark comedy of the man falling down an open manhole and dying but his main motivator is still playing to an audience and provoking a reaction.  That's why I loved the final pages of this book - because they honestly surprised me and The Joker's actions, seemingly nonsensical, make a paradoxical sense on that level. 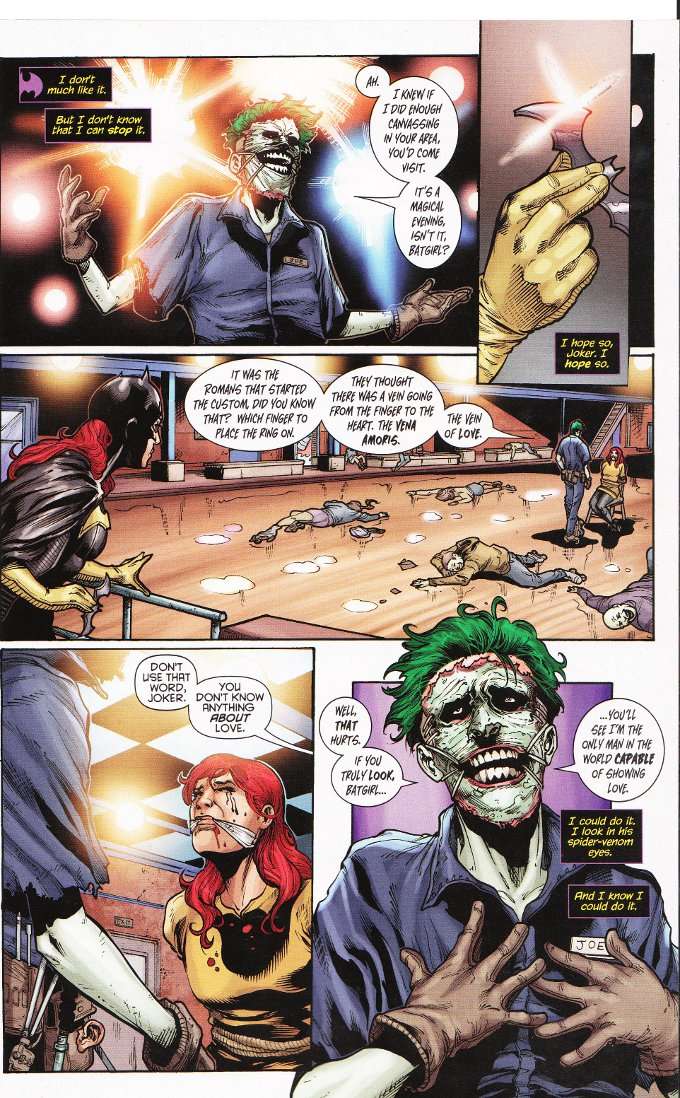 The artwork by Ed Benes and Daniel Sampere is equally as good as the scripts, though made somewhat uneven in its' inking.  The first part of the story has a Mike Grellian aspect, with the inks heavy and blending into the blacks of the dark room.  The later half of the comic, inked by Vincent Cifuetes, outlines the figures a bit too much in my estimation, with Barbara looking as if she used a Sharpie marker as a lip-liner at one point.  To my mind, the middle pages linking the two halves of the story (inked by Mark Irwin) find the right balance of light and shadow.  Sadly, they only amount to two pages.

Despite this quibbling over the fine details, I have no reservations about declaring Batgirl a must-read comic.
Posted by Starman at 12:43 PM