It was revealed at the end of "An Innocent Man" that a warehouse owned by Moira Queen held the wreckage of The Queen's Gambit - the ship that her husband Robert supposedly died upon.  She'd kept this secret from her husband Walter Steele, for reasons unknown.  The implication was that Moira was somehow involved in the "accident" that killed her husband and was hiding any evidence that the ship was bombed. 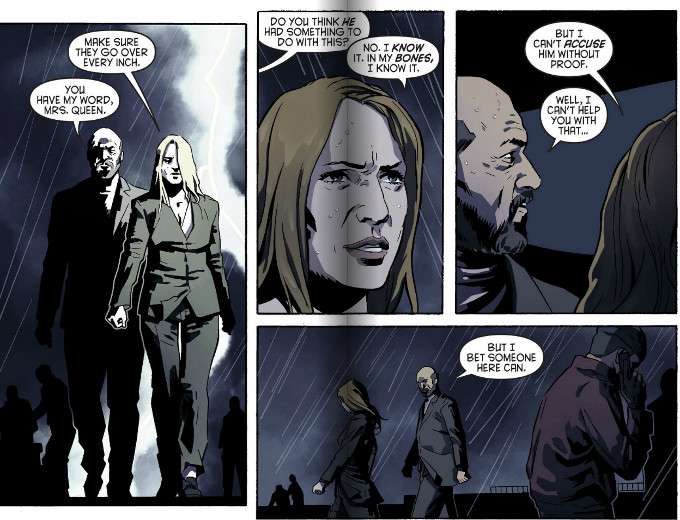 Arrow #5 reveals that the truth is far more complex and that while Moira is hiding many dark secrets from her family, her being responsible for her husband's death is not one of them.  This flashback story details Moira's own attempts to locate the ship's wreckage and find out who is responsible for murdering her husband with all the clues pointing to a mysterious figure who holds power over the Queen family.  The script by Wendy Mericle reveals all this and more (I've left some secrets intact!) at an even pace. 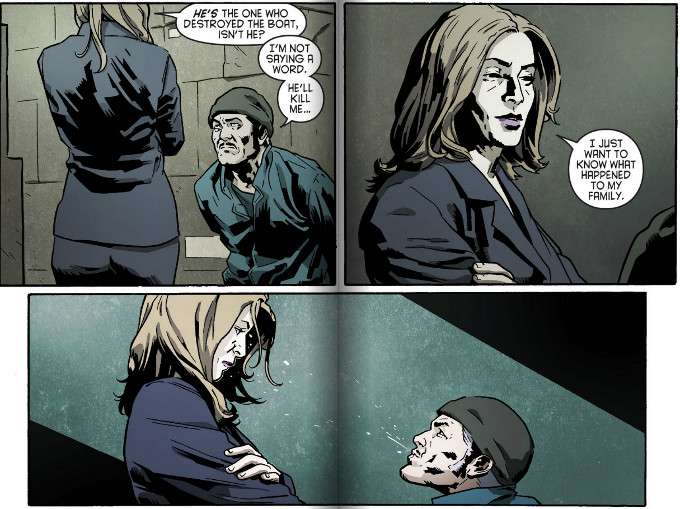 The artwork by Sergio Sandoval (who also did the art for Issue #2 of this series) is somewhat less serviceable.  Sandoval's artwork is as good as before, appropriately dark and moody with Pol Gas' inks emphasizing his pencils.  Sadly, Sandoval's characters bare little resemblance to the actors on the show and while I can venture a guess as to the identity of the mysterious man on the last page, the artwork is obscured enough that I cannot be certain.  Despite this minor setback, this is still an enjoyable issue and this series continues to impress.
Posted by Starman at 5:17 PM