I was recently asked by a friend who had seen a trailer for The CW's Arrow what comics I might recommend to someone unfamiliar with the character of Oliver Queen who wanted to read more.  It's a difficult question.  Can I rattle off a list of good Green Arrow stories?  Of course.  Are most of them going to be easily available?  Sadly not.

Unlike Batman and Spider-Man, Green Arrow doesn't have a lot of stories collected in TP format to begin with.  And with the New 52 revamp of the DC Comics Universe barely a year old, most of the Green Arrow stories that are collected and available don't really fit in with the current on-going series.  Thankfully, a digital Arrow comic based on the show with art by Mike Grell and a script by the show's writers will be release tomorrow along with the first episode of the TV series.  That should give Arrowheads old and new alike something to look forward to.

Still, the question remains - is there anything I can recommend to those new fans who are both brave and bold enough to delve into the past of The Emerald Archer?  Yes.  Yes there is.  Here are four comics collections that I can recommend to new readers with few reservations. 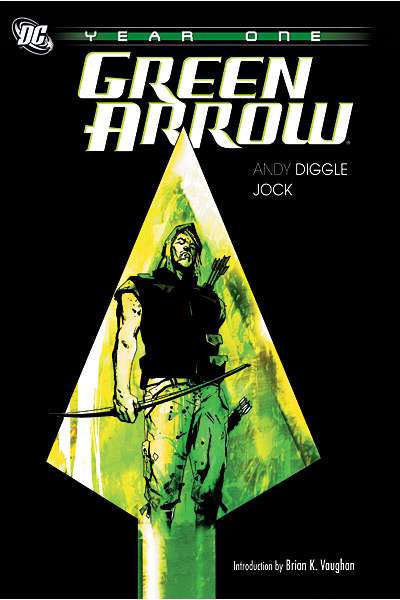 WHY THIS BOOK?: First, because it's the most recent complete origin story we have for Green Arrow.  Next, because it isn't just a great origin story - it's a great story.  Ollie is established early on as a screwed up man but one whose heart is ultimately in the right place - the kind of protagonist you want to see succeed in spite of himself.  Finally, this book served as something of a series bible for Arrow and what little we know of Ollie's origins on Arrow so far match up with the story we see here.  We know that China White - the drug lord Ollie fights in this story - will be showing up in at least one of the flashbacks depicting his time on the island, played by Kelly Hu. 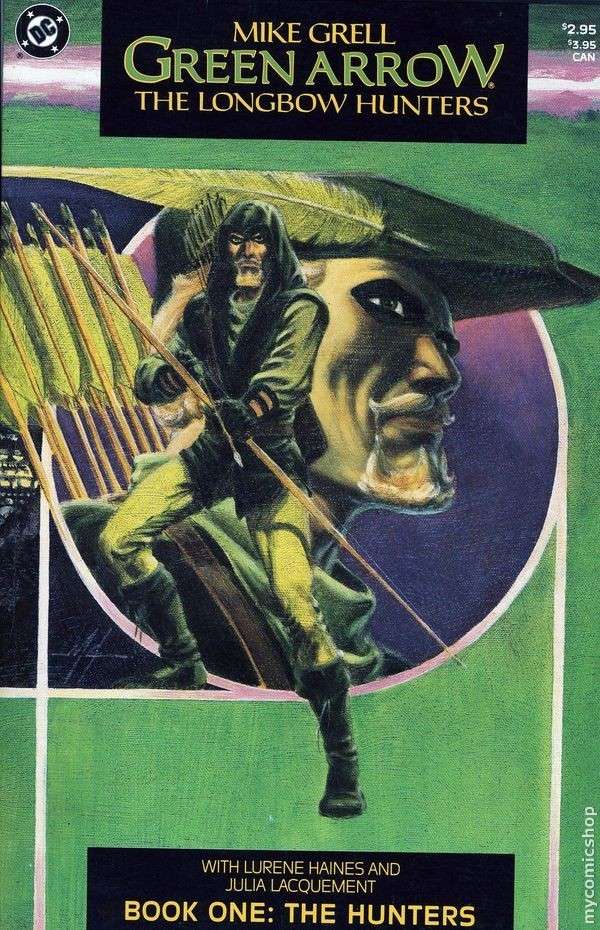 WHY THIS BOOK?:  Mike Grell redefined Green Arrow for a generation with his now legendary run on the second volume of the Green Arrow series and it all began with this three-part story.  This story brought Ollie into the real world, as he abandoned Star City for Seattle and gave up his trick arrows and Robin Hood hat in favor of a more realistic yeoman's garb, complete with a longbow and cloth-yard shafts.  The whole series is worth tracking down but the original mini-series is all that has been collected in TP format.  Left to his own devices, with relatively few crossovers from the main DC Comics universe, this issue truly explored the idea of low-powered vigilantes in a way few stories had before or have since.  And like GA: Year One, much of the visual aesthetic and base concept of Arrow seems to have come from this series.  Incidentally, Grell apparently did some of the artwork for the pilot (he drew the police sketches of The Arrow) and he will be doing that covers and some interiors for the upcoming Arrow comic. 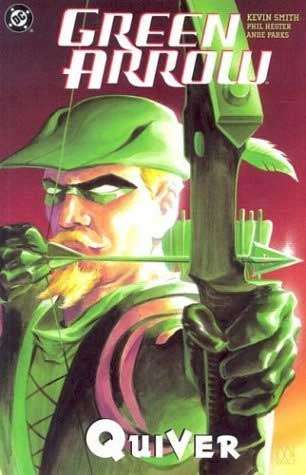 WHY THIS BOOK?: For my money, this is the greatest comic series ever written by Kevin Smith.  Yes- the same Kevin Smith who wrote and directed Clerks, Chasing Amy and Dogma.  What's most miraculous about this story is how effortlessly Smith is able to explain away several years of back-story through natural dialogue as he spins the tale of how Green Arrow has returned from the dead.  The opening chapter, in which we learn all about what sort of man Oliver Queen was through the remembrances of those closest to him should be required reading for any aspiring comics writer wanting to learn how to tell an effective origin story without requiring the presence of the main character.  And being as this is a Kevin Smith script, there's a lot of good humor to go with the action and drama. WHY THIS BOOK?:  While not technically a Green Arrow story as such, Oliver Queen plays a pretty big role in the action, showing up at several key points and proving himself worthy of being the first person outside of the original five founders to gain a membership in The Justice League.  I can't say much more for fear of spoiling a bit of the story but trust me - this story is something all Green Arrow fans should read if only for the "romantic" moments with Black Canary.  If nothing else, this issue is a good introduction to the DC Comics universe at large for people who want to get into comics in general if not Green Arrow in specific.
Posted by Starman at 10:29 PM