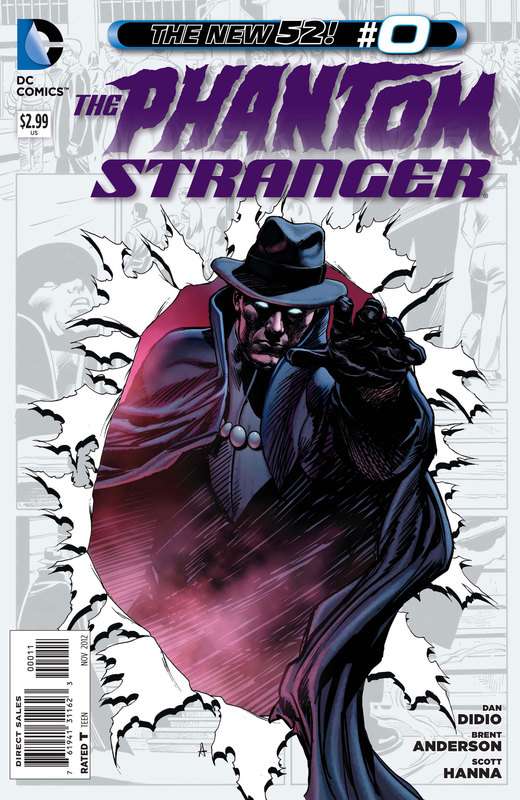 The Phantom Stranger exists purely as an enigma. By definition, he is undefined. He possesses great magical powers but no one knows the source of his power or his limits. No one calls him friend or knows of his origins or ultimate goals. He is forever cursed to be... a stranger.

The central appeal of The Phantom Stranger lies in this concept. By being nothing specific, he can be everything and anything a writer needs him to be. Need a prophetic warning delivered but don't want the all-knowing wizard solving all your problems? Bring out The Phantom Stranger, who is allowed to share knowledge but frequently forbidden to help directly. Want a straight-man for the hero questioning his resolve o to speak to? The Phantom Stranger's your man. Find yourself needing a magical cavalry to show up and tip the balance of battle at the last minute? The Phantom Stranger will be there.

At least, that is how it was before Phantom Stranger #0... 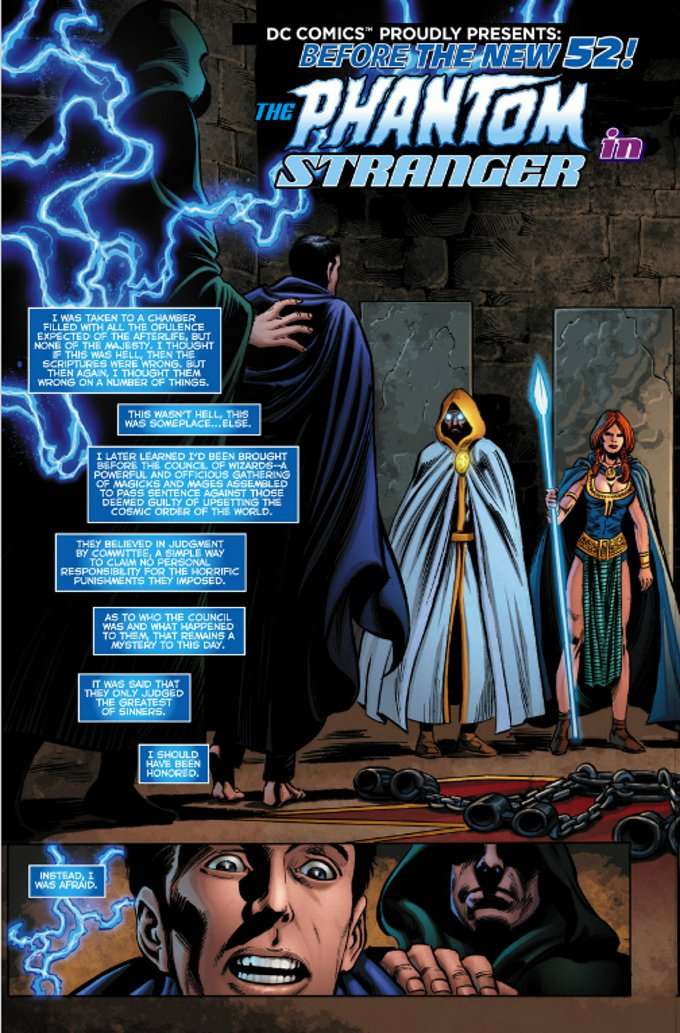 To sustain interest, a protagonist must hook either our sympathy o r our interest. The Phantom Stranger depends upon an aura of mystery to work as a character. The mystery of who he is was and what he might do at any time inspires interest. With this issue, Dan Didio gives definition and a full back-story to a character that never had any. And The Phantom Stranger suffers greatly for it.

By taking away that mystery, Dan Didio has taken away the very core of the character. This might have worked to the character's favor had Didio found a way to establish sympathy for The Phantom Stranger and reforged him into a character people could relate to. It would be completely missing the point of his being as much a stranger to the reader as the other characters in the DCU but it would, at least, be something. It is hard, however, to imagine many readers being able to sympathize with The Phantom Stranger when his background now says , n no uncertain terms, that he is the most infamous traitor in the whole of Western literature. 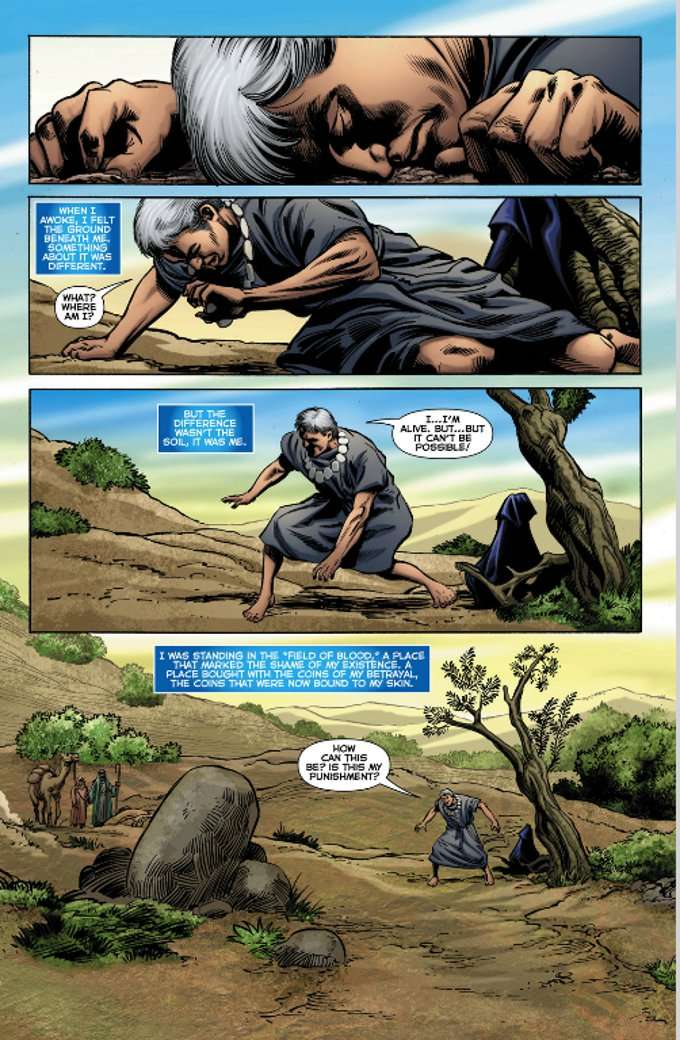 Yes, you read that right. The Phantom Stranger now wears a necklace of silver coins along with his famous blue cloak - the price he was paid for betraying his best friend. The name is never said but between that hint and the fact that The Phantom Stranger hung himself in shame for his betrayal of his best friend, it is safe to say that he was originally Judas Iscariot.

To say that this is theologically uncomfortable is an understatement. And all of this is before the main plot, where The Phantom Stranger - under direction from a voice that could be either a higher being or the council of wizards that judged him - is instructed to lure a cop named Jim Corrigan into a trap. Why? To bring about the birth to an angel of vengeance... a.k.a. The Spectre. And it is at this point, we move past the theologically uncomfortable and into outright blasphemy. 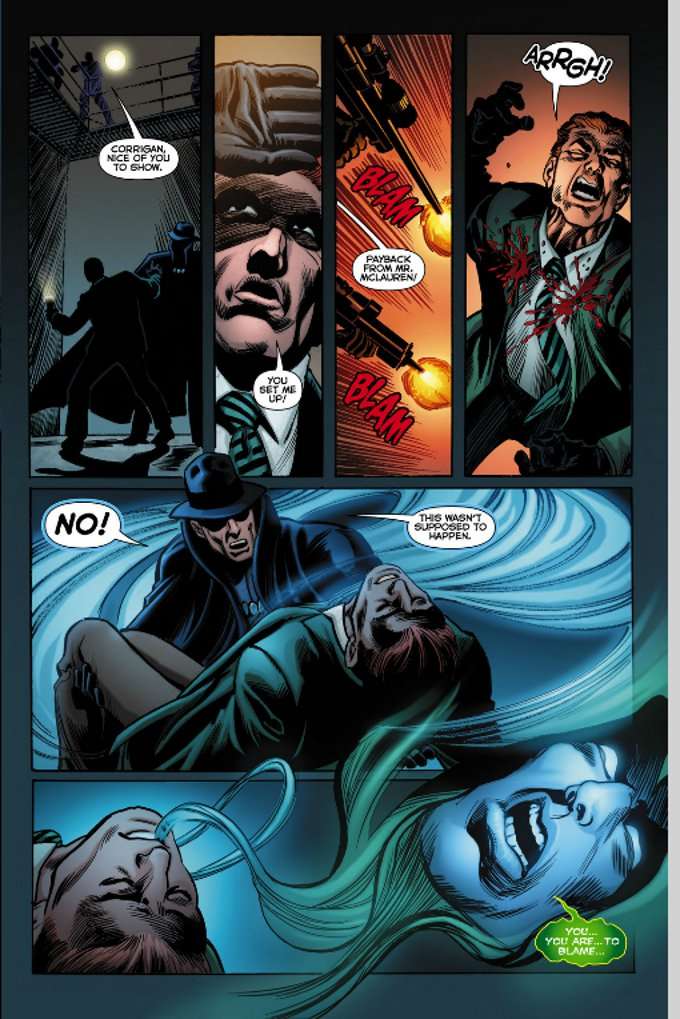 Why? Why is Judas being judged by a council of magicians rather than God himself? If you're going to imply The Phantom Stranger is Judas, why chicken out on him receiving orders from God himself? Why is the New Testament God creating an Old Testament angel of vengeance? Why is God actively encouraging one man's Wrath by empowering him while condemning another man for his Greed? And who is going to care enough about these questions to read another issue of this dreck? Not me, folks. Not even morbid curiosity can drive me to look at this train wreck again. Still, I must complement Brent Anderson and Scott Hanna. They make this stinker of a story look far better than it has any right to.

Phantom Stranger #0 is perhaps the closest thing I have ever seen to a perfect failure. From base concept to final execution, no portion of this book manages to be satisfying. This book succeeds only as a symbol of everything that is wrong with DC Comics in the New 52 era. You know there's something wrong seriously with a universe where Roy Harper does not have a clear background but The Phantom Stranger does.