The biggest problem Green Lantern: New Guardians #0 faces is that the story it tries to tell is nowhere near as interesting as stories it implies.  Unlike every other Zero Month issue thus far, this one does not give us an origin story.  Indeed, the events of the last year of this comic are largely ignored and most of this issue is based on events occurring in the main Green Lantern title. 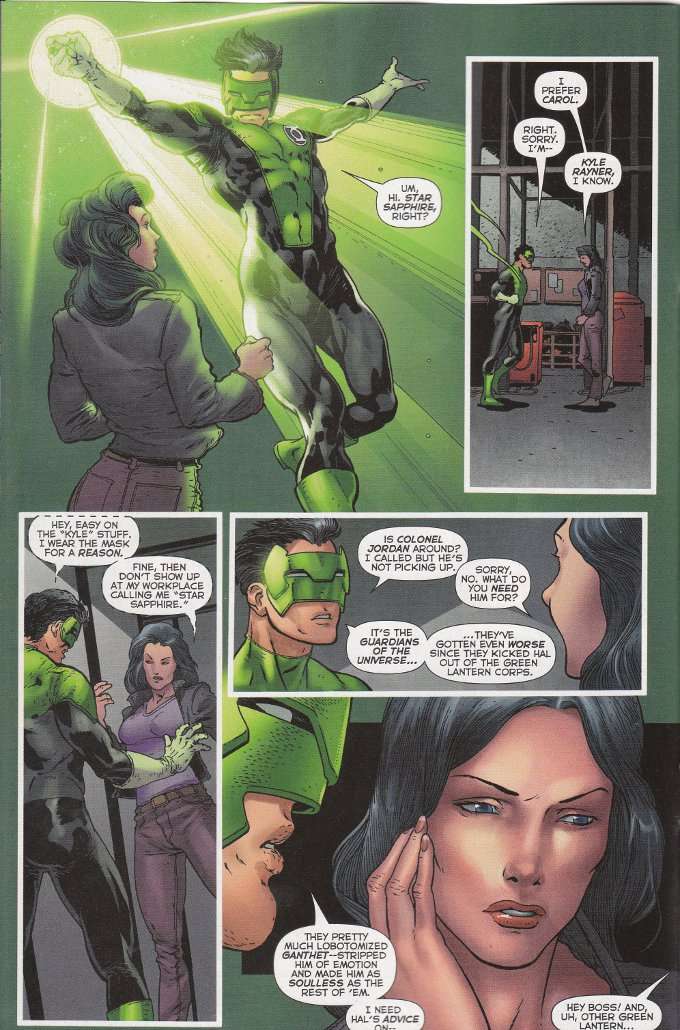 Tony Bedard is a competent comic writer but there is little interest in yet another story where the Black Lanterns have to be fought.  Better to have devoted an issue to Kyle's life as a Green Lantern and some explanation as to how Emerald Twilight and the collapse of the Green Lantern Corps occurred -assuming they still did - and how Kyle became known as The Torchbearer.  This is doubly true given some of the clues we receive during this issue that indicate either some major changes in the Green Lantern mythology or some whopping big continuity errors.

To name a few...Why does Kyle call Hal a Colonel when his rank has always been listed before as Captain?  How does Carol know Kyle Rayner's secret identity?  For that matter, why does Hal still have a locker at Ferris Air when - as the new series opened - Hal was fresh off being drummed out of the Air Force?  And why did Hal have an engagement ring hidden in his locker when he seemed utterly shocked that Carol expected him to propose as the new Green Lantern series started?  Why is Carol just now developing a sense of modesty regarding her costume or just now getting the ability to alter her costume so her boobs aren't falling out?  And why the heck was Ganthet trying to find someone capable of channeling all the Lantern energies at once in the first place? 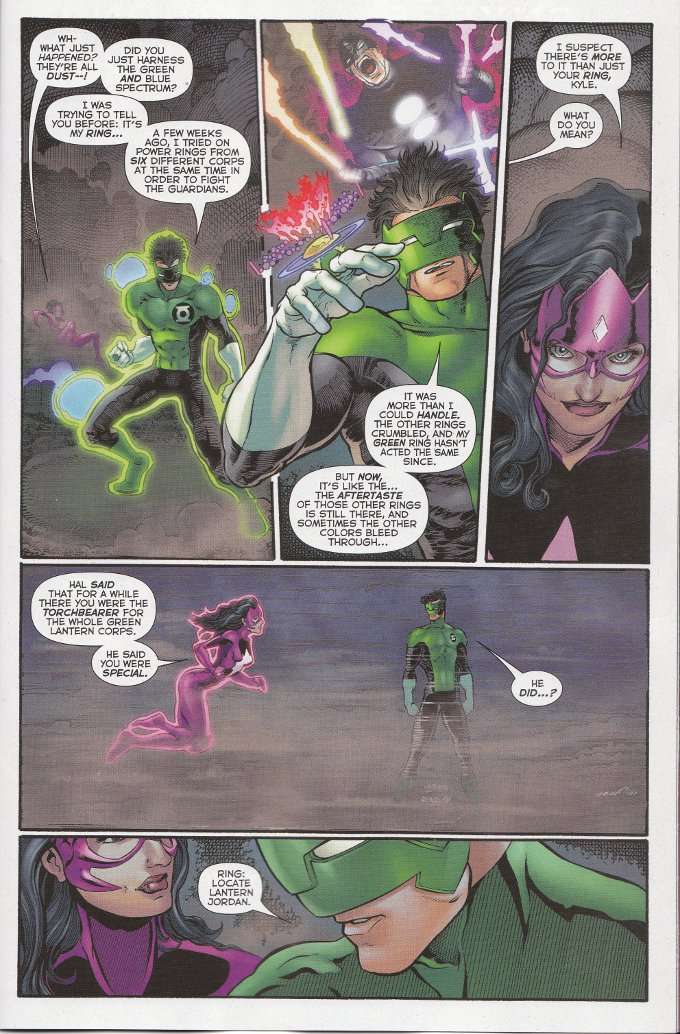 The artwork this time around is all over the place.  With the pencils handled by two different artists and two different inkers, there's very little consistency to the visual aesthetics of this issue.  The principal penciler, Aaron Kuder, appears to be aping David Finch's style.  By contrast, Andrei Bressan appears to be a disciple of Frank Quietly though with none of that artist's eye for storytelling.  There are a lot of awkward poses throughout the issue and everything looks odd and off-kilter as a result.

All in all, New Guardians continues to be the most disappointing of the Green Lantern family of books.  Apart from Kyle's newfound ability to channel multiple ring energies, Bedard isn't continuing any of his storylines from the past year of this title.  The artwork here seems phoney and lifeless.  Still, if you really feel the need to be reading all the Green Lantern books heading into Rise of The Third Army, this issue would serve as an adequate jumping-on point for those who haven't been reading it.
Posted by Starman at 7:19 AM