Earth 2 #0 deviates from the pattern set by most of the Zero Month issues in two key ways. First, by not focusing upon the main protagonists of the series and instead telling a tale from the viewpoint of a fairly minor character who has barely figured into the story so far. Secondly, it focuses upon a villainous character - or at least a character who would be considered a villain by most reasonable standards. 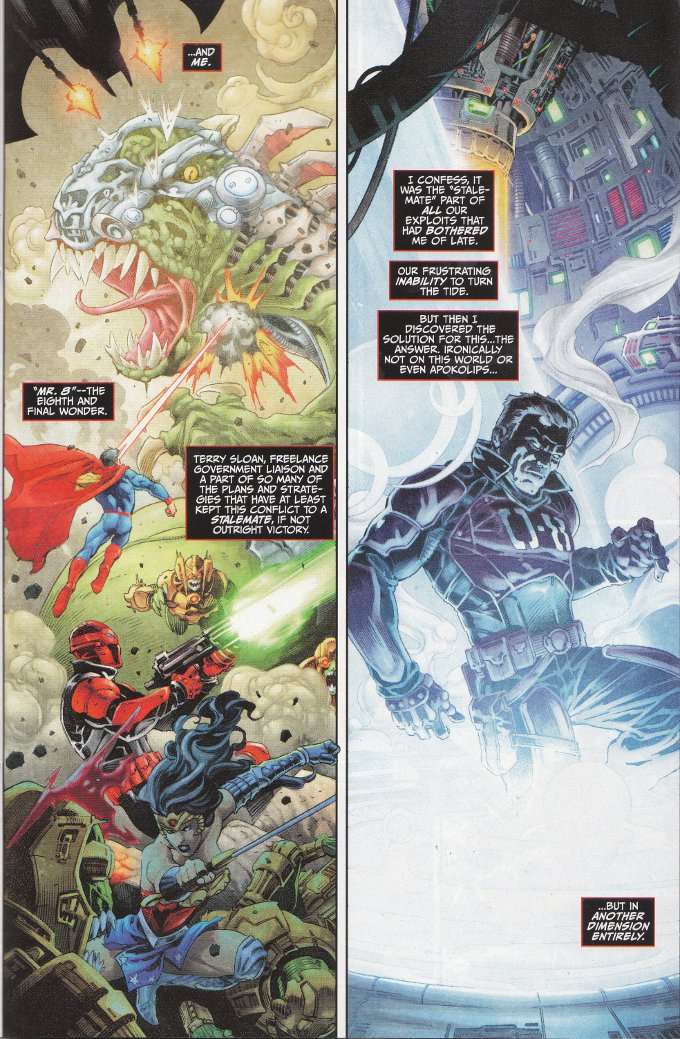 We see the beginnings of Earth 2's war with Apokolips and get a few more details of the time before when the series opening. We learn that there were eight superheroes back in those days, seven of whom are accounted for in this issue. One is left a mystery and the seventh is the super-intelligent Terry Sloan a.k.a. Mr. 8.

A technological genius reminiscent of Lex Luthor, Sloan is a master strategist capable of creating new colors of Kryptonite and spying on other dimensions. This later ability causes Sloan to reach some frightening conclusions regarding the battle with Apokolips as he sees how various plans play out in alternate timelines. Sloan believes that in order to bring about the best of all possible worlds, the heroes of Earth 2 must die along with half of the Earth's population! 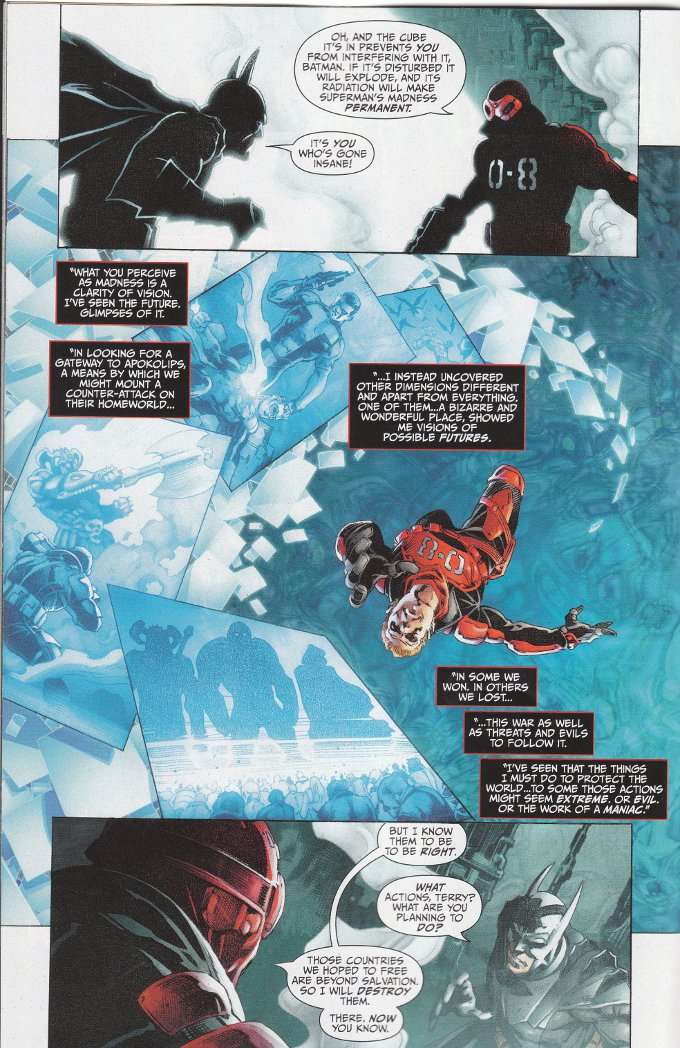 At first, James Robinson's script seems light on characterization but high on action. We get little insight into Superman, Batman and Wonder Woman, whom the action primarily focuses on. But like Mr. 8's plans, this is all a feint and the purpose of this issue is to show us Terry Sloan through his own eyes. Sloan comes off as as an amoral genius. He does not consider himself mad. Indeed, he may be far too sane. Sloan is acutely aware of how monstrous his actions are and while he may regret them personally, he does not regret their necessity. He knows he is committing evil acts but he performs them with a seemingly greater good in mind.

Tomas Giorello handles Robinson's script beautifully. Best known for his work on various pulp-based comics and science-fiction works (Conan the Barbarian, Heavy Metal Magazine, various Star Wars comics for Dark Horse), Giorello's style proves to be picture-perfect for telling this story, based as it is in weird-science and Terry Sloan being something of an evil version of Doc Savage.

If you haven't given Earth 2 a shot yet, now is the time to start!
Posted by Starman at 2:09 PM