The latest issue of Conan The Barbarian can be summed up in one word - filler. 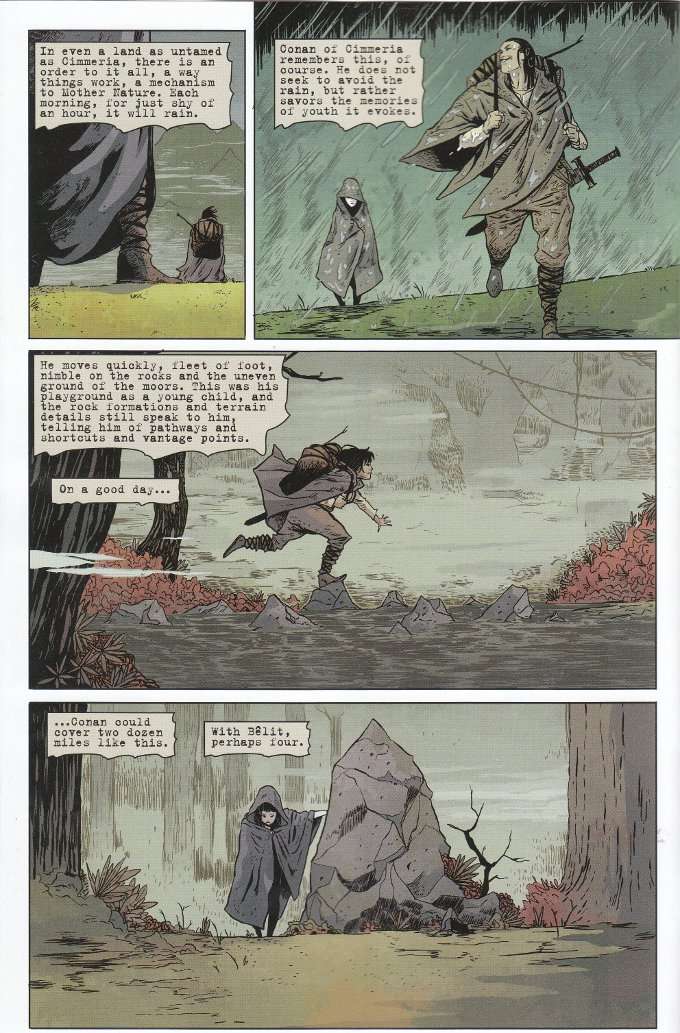 Brian Wood's prose crafts a gloomy picture of Cimmeria. As well it should, given that the Bard of Cross Plains himself described it as a sombre land with "clouds that piled forever on the hills". I do not think, however, that Wood wished to inspire such gloom and boredom as Conan must have felt when he first left his dismal homeland seeking adventure. There is little action in this issue save for one sword fight. What we do get, however, is a lot of walking and several soulful talks between Conan and Belit (which prompted some critics to dub this book "Conan The Emo") as they peruse the warrior who has committed several acts of random slaughter in Conan's name. While I have no objection to soulful speeches in a Conan comic and am sure that we'll have action aplenty once our heroes catch up with the villain, this issue still seems slow-paced. 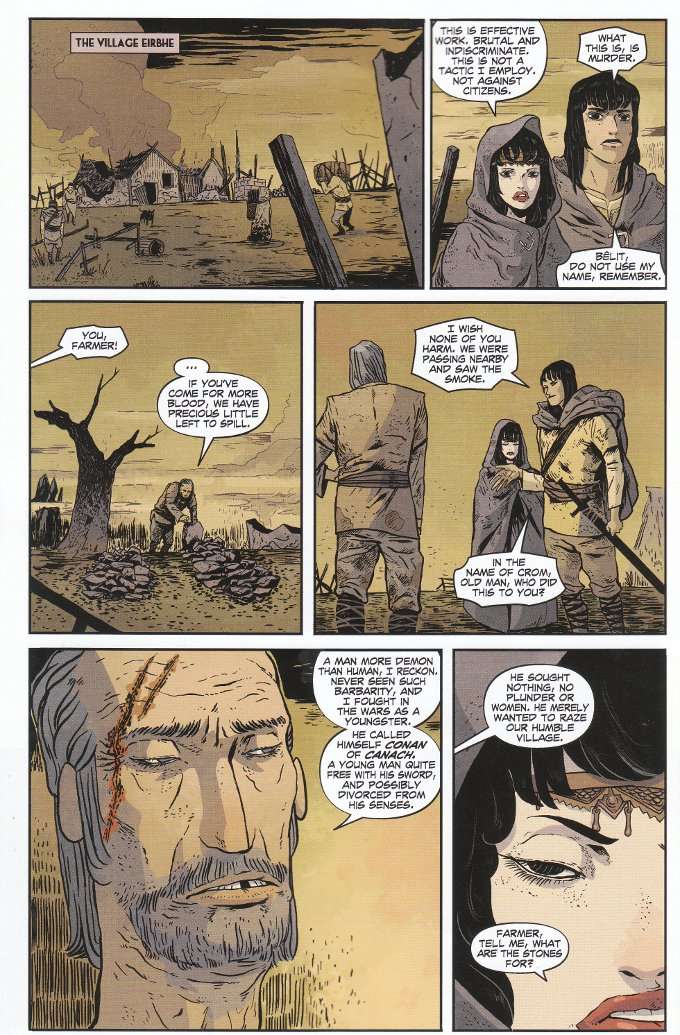 I have no such excuses for the art by Vasilis Lolos. Calling Lolo's work a step-down from Becky Cloonan's work in last month's issue would be inaccurate. This is not a step-down. This is a fall down a full flight of stairs. When Conan appears to be wearing eye-liner in an Egyptian wig and Belit appears to be a simpering geshia, things have gone horribly wrong somewhere.