The greatest weakness Supergirl has as a character is that it is virtually impossible to separate her from Superman. And when I say 'separate' I don't mean that she has to exist completely independent of the Kryptonian mythos and all that entails. That would be impossible. What I mean is that Supergirl is rarely considered as an independent being and attempting to define her as a character without the phrases "Superman's cousin" or "the female Superman" is difficult. Too many writers have failed to give Kara Zor-El any personality or definition beyond that. 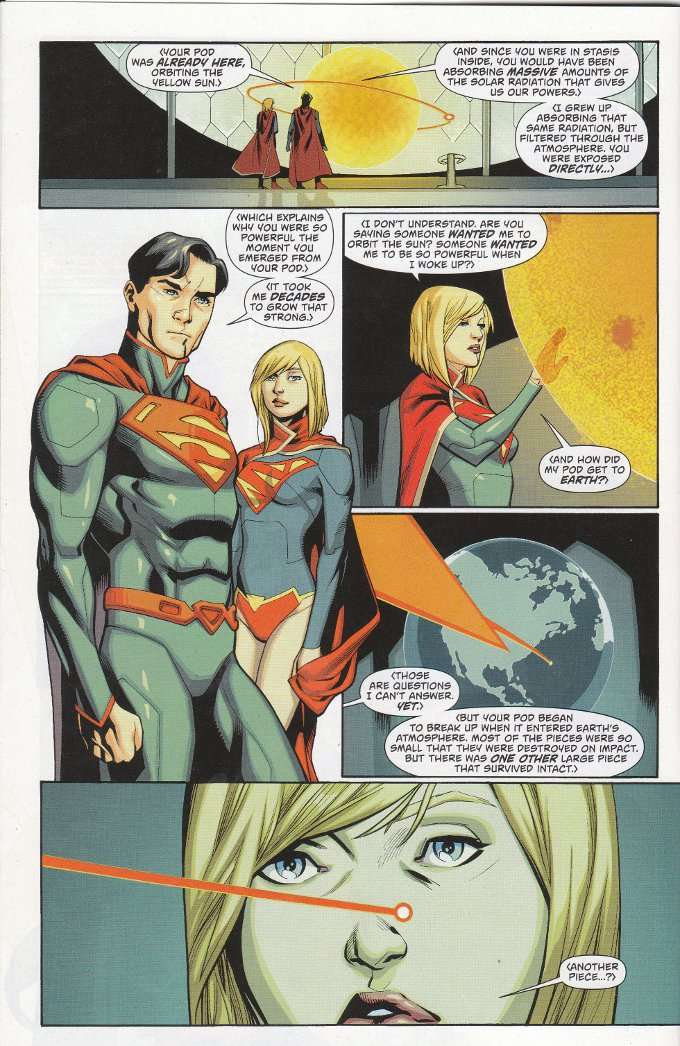 Miraculously, Michael Green and Mike Johnson have been largely successful in presenting us with a Supergirl free of Superman over the first year of the New 52 Supergirl title. Apart from one encounter that ended in violence in Issue #2, Superman hasn't appeared in the title at all in the past year, giving Kara a chance to be defined independent of the usual "I must use my powers to protect mankind"motivation that tends to be the Alpha and Omega of all motivation in the Super Family. And I think the title has been richer for it, establishing Kara as her own woman - smart and ethical, but frustrated with the stupidity and selfishness of most of the humans she's encountered.

Supergirl #12 seems poised to change that, drawing Kara back into her cousin's orbit. After discussing why Kara seems to be so more powerful than Clark and another argument about Kara being too dangerous/naive to be allowed to roam the Earth freely, Supergirl goes off on a quest to find a piece of the wreckage from the ship that carried her to Earth from the ocean floor. It is here that Green and Johnson subtly separate Kara from her cousin again, allowing her to come up with a use for the solar energy she absorbed that is all her own. Indeed, I'm not aware of this power being suggested in any Superman story, though it is a logical extension of their being living solar batteries. 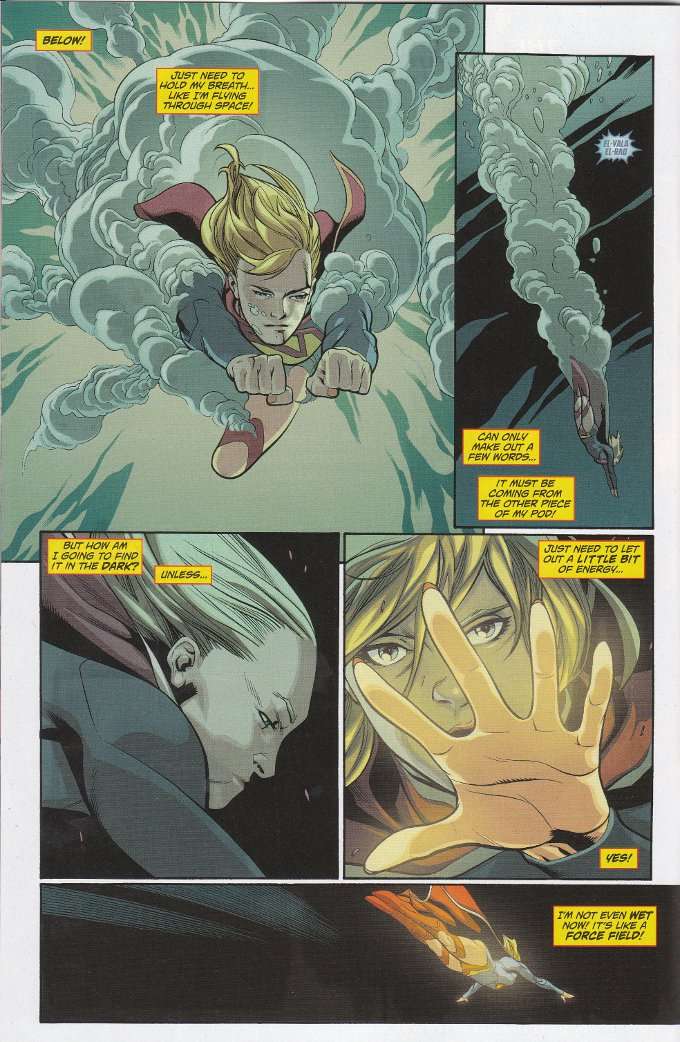 Mahmud Asrar continues to impress with his artwork. My one complaint, and it is a minor one, is that his Superman is somewhat inconsistent, looking as young as Kara in some panels yet looking more of an age with his thirty-something self from the pre-New 52 comics in others. Still, I suppose I can forgive it since nobody - not even the writers of his own titles - seem to be sure exactly how old Clark is supposed to be now. College Age? Mid-20s? Let me know when I'm close.

Supergirl #12 represents a dramatic shift in the tone of this book and it is not a change I can say I wholly approve of. Do not misunderstand me - the story presents itself well and the artwork flows as finely as ever. But tying Kara more firmly into the world of Superman - however briefly - seems like a step back. Like a college student returning to their parent's home for the first time after moving out, this issue feels oddly uncomfortable.