Doctor Who: The Ripple Effect - A Review

As The Doctor once noted, "Every great decision creates ripples. Like a huge boulder dropping in a lake. The ripples merge and rebound off the banks in unforseeable ways. The heavier the decision, the larger the waves, the more uncertain the consequences."  At the time he was speaking philosophically but now it seems his words were prophetic as an attempt to free himself and his companion Ace from the time-traveler's equivalent of sargassum seem to have blown them into an alternate universe... or maybe changed their own universe completely!

Naturally The Doctor feels a need to undo his mistake.  Particularly given how this new universe possess the most unnatural abomination The Doctor can think of - peaceful Daleks who are renowned as scholars and philosophers across the universe!  Ace doesn't see a problem, until it becomes clear that all reality itself may be at risk! 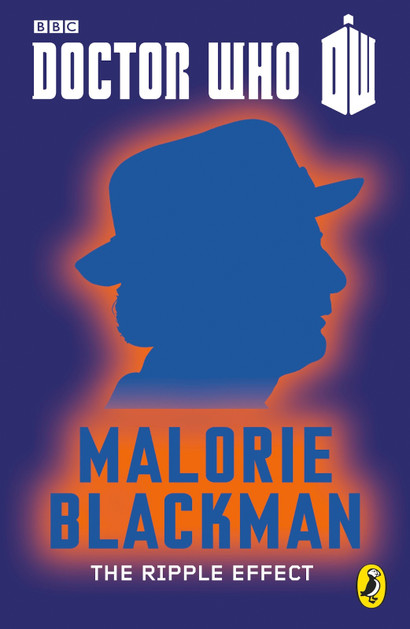 More than any other incarnation, The Seventh Doctor pondered issues of morality on a philosophical level and tried to challenge the beliefs of those around him.  It is ironic then that The Ripple Effect depicts The Doctor for whom a question-mark emblem seemed most appropriate as being unwilling to question his actions in this story.  In many ways, this story is reminiscent of the Eleventh Doctor episode Victory of The Daleks save for two important distinctions - The Doctor is not eventually proven right and Mallorie Blackman's script is far better written.

Ace and The Seventh Doctor are well-portrayed and the story is a thrilling one.  The only real flaw is that there isn't truly a conflict in the story.  There's a lot of arguing, with Ace trying to plead the case of this new universe and the new friend she's made who will both cease existing if The Doctor has his way.  But there's never any real possibility that The Doctor is wrong and it takes all of reality starting to collapse before anyone takes his claims of something being wrong seriously.

Seventh Doctor fans will want to give this one a look but it's not quite as riveting a read as other stories in the 11 Doctors 11 Stories collection.
Posted by Starman at 12:19 PM